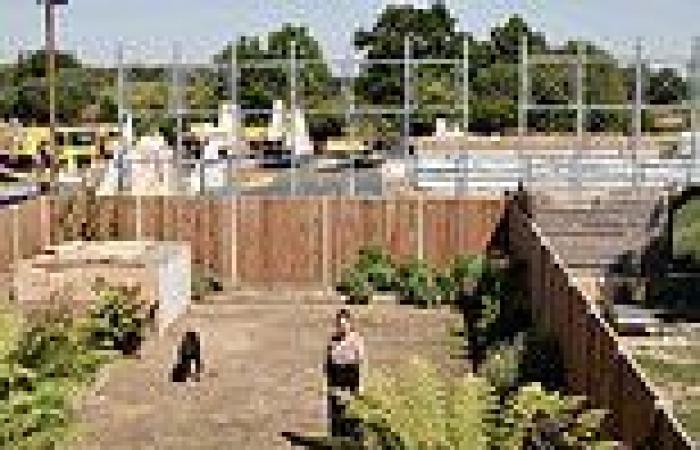 A couple have hit out at 'disgusting' 20ft high metal racking which they say has ruined the view of the countryside from their new home.

Jenny Mason and Stuart Dodd said they were treated to a lovely view of trees and distant fields when they moved into their £325,000 semi-detached house in April.

But the couple are now furious after a 118ft long row of metal racking that looks like a 'rollercoaster' was put up on the other side of their fence in Roudham, East Harling, Norfolk.

The structure was built 60ft away from their fence by local firm Crendon Timber Engineering, with 46-year-old Jenny saying the 'monstrosity' has made it difficult to enjoy her own garden.

She and Stuart, who is 48, say the timber yard has told them it wants to stack lengths of wood and boarding on the racking, potentially blocking off even more of their view. 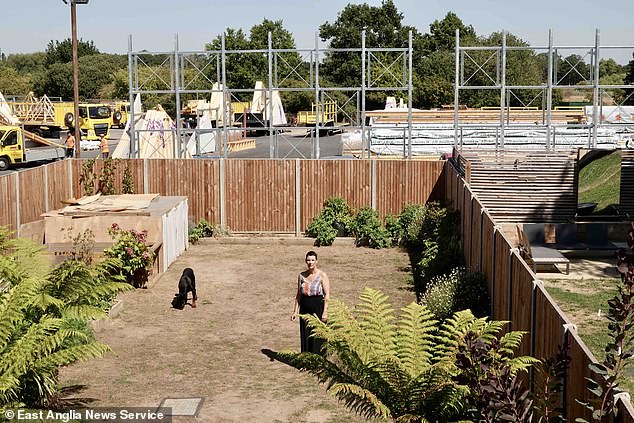 Jenny Mason, pictured here in her garden with the metal racking behind her, says it has ruined her enjoyment of the outdoor space 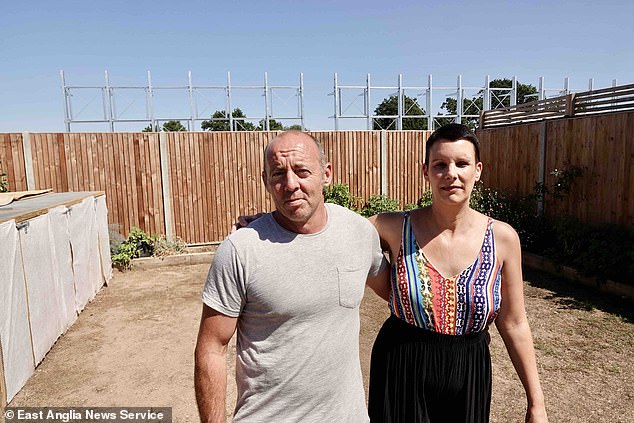 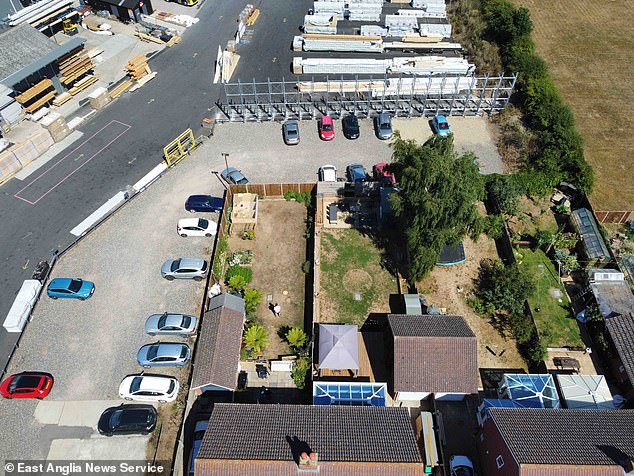 The couple only moved into their £325,000 semi-detached home in Roundham, Essex, in April

The couple said they had hoped to enjoy a peaceful rural life in Roudham after moving from their former home in Slough, Berkshire.

Mother-of-three Jenny said who works with special needs adults said: 'We absolutely loved this house when we bought it.

'We knew there was a timber yard on the other side of the fence, but it didn't bother us. It was supposed to be our dream home.

'We could live with a little bit of noise, having previously been in Slough where we were only a few minutes from Heathrow and had planes flying overhead.'

Landscape architect Stuart said he returned from work about three weeks ago, and heard contractors working with a digger.

Stuart said he immediately went to the yard to complain and was told by staff that they had planning consent for the work.

But when Stuart checked with Breckland Council, he found that no application had been made. 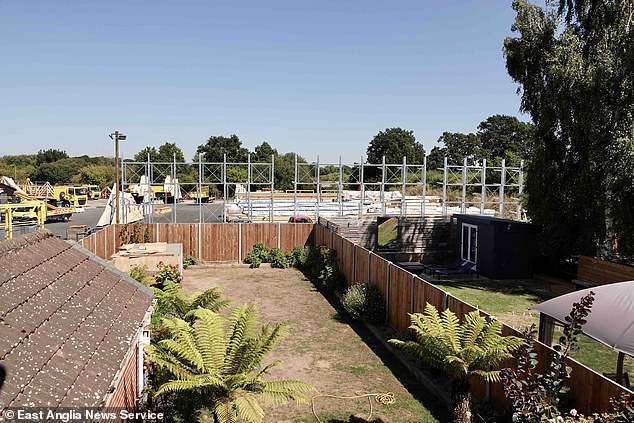 Around a week later, the racking suddenly appeared while the couple were out at work.

Jenny said: 'I suddenly saw this cherry picker and the giant racking when I looked out of my bathroom window.

'I went round to the yard and told them, "What the hell are you doing?" We got hold of the planning department and they asked them to stop, but they didn't.

'They claimed they had to carry on with the work as the contractors had already been paid and it could be difficult to stop halfway.

'The council made them apply for retrospective planning permission, and has banned them from stacking anything on the racks until after a decision is made. 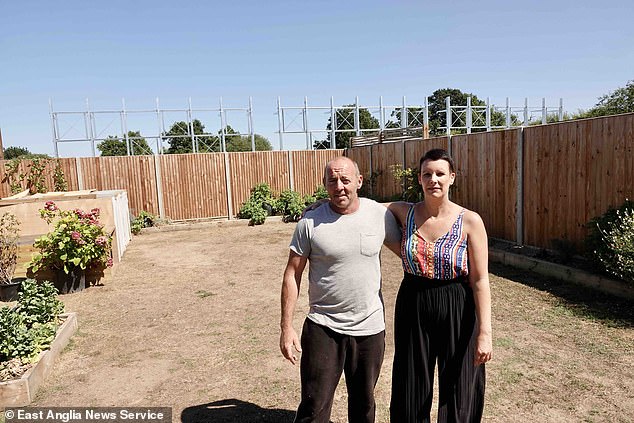 Mother-of-three Jenny said: 'We knew there was a timber yard on the other side of the fence, but it didn't bother us. It was 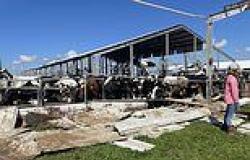 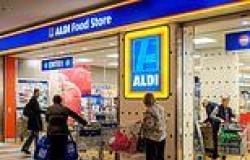 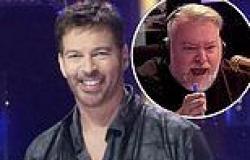 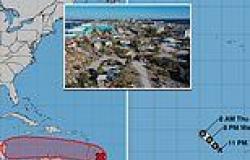