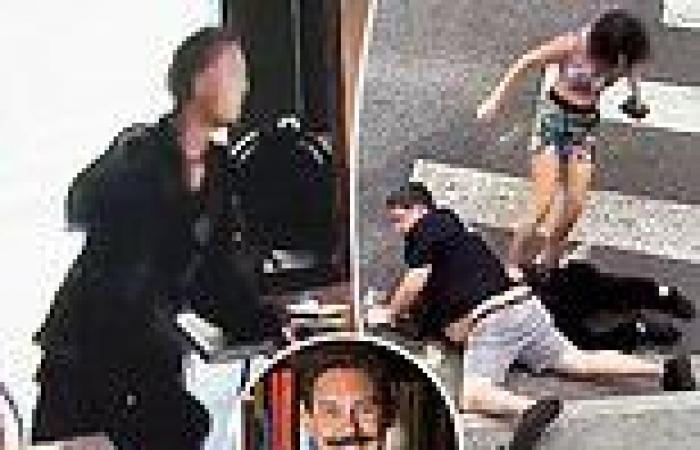 A heroic Hollywood restaurant owner chased down and dramatically constrained a homeless scumbag that beat an elderly man before stealing his wallet and phone.

The man, believed to be in his 70s, was sitting outside a dining complex on August 1 enjoying a meal from Raffallo's Pizza in Los Angeles when the homeless man suddenly punched him in his face and ribs, surveillance footage shows.

Nearby, the owner of the Japanese cuisine joint, Shin, was eating with his girlfriend when he witnessed the altercation and rushed to chase down the man.

'We were shocked that it happened, and then I started running after him,' Shin owner Tim Ratcliff told DailyMail.com. 'As I rounded the corner, he turned around, and sucker punched me.'

'I tackled him to the ground and held him there until the police arrived.' 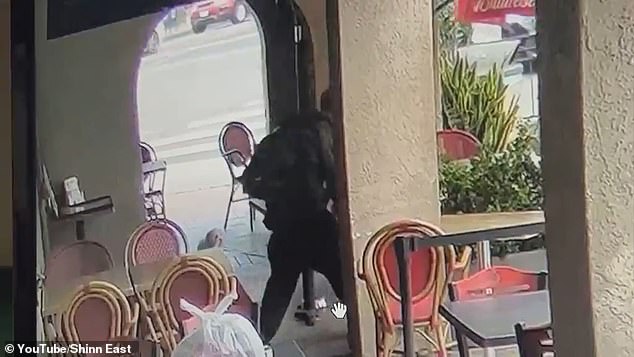 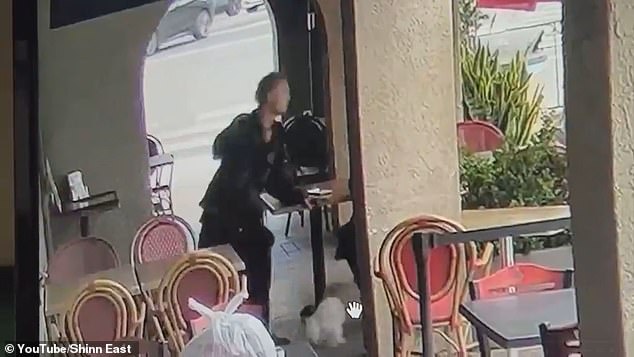 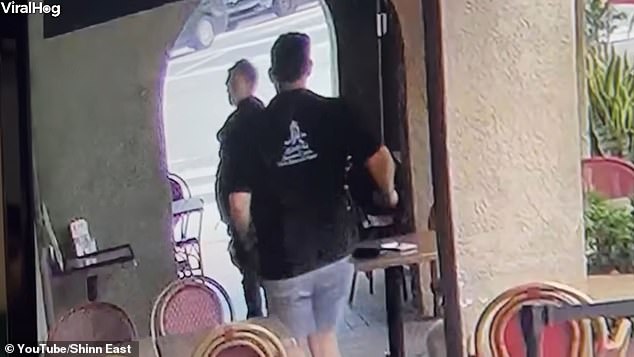 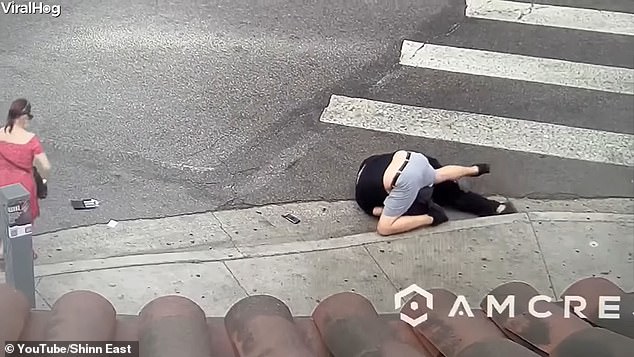 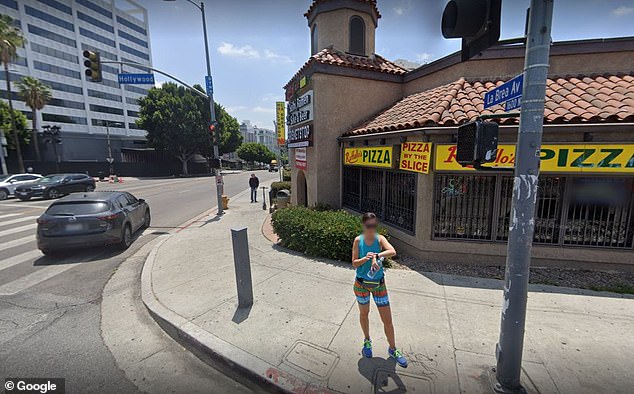 The struggle between Ratcliff and the homeless man unfolded on the sidewalk of the intersection of La Brea and Hollywood.

Ratcliff instantly tackled the unidentified thief to the ground as his girlfriend rushed to help. She then stomped on the homeless man before collecting the phone and wallet of the elderly man and returning it back to him. 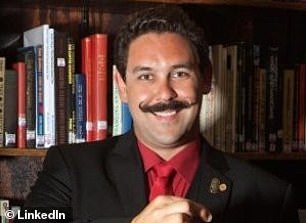 The homeless man can be seen with a bloody face as he attempted to escape Ratcliff's grip while aimlessly reaching to bite his arm.