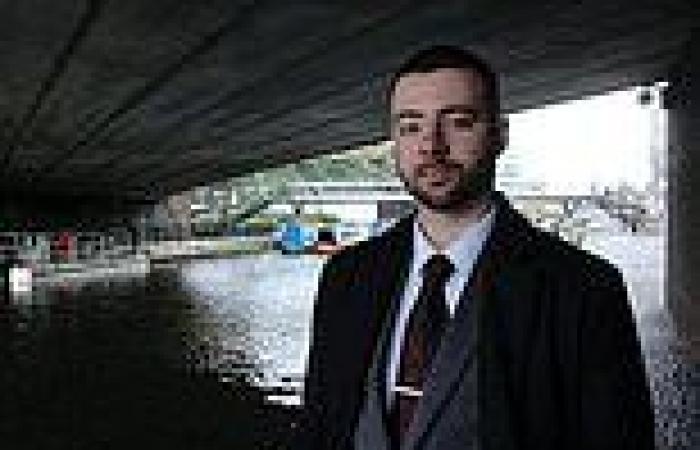 Campaigners involved with the infected blood scandal have called for the families of those who died to also receive compensation as a bereaved son hit out at the Government for a lack of communication.

Thousands of survivors of the infected blood scandal will receive interim compensation payments of £100,000, the Government announced on Wednesday.

Bereaved spouses and partners registered on the scheme will also receive the payments.

But the parents and children of victims who lost their lives will not receive compensation as part of Wednesday's announcement, drawing criticism from campaigners.

The scandal caused an estimated 2,400 deaths of patients infected with HIV and hepatitis C through contaminated blood products in the 1970s and 1980s.

Final recommendations from a public inquiry on compensation for a wider group of people - such as bereaved parents and the children of victims - are expected when the inquiry concludes next year. 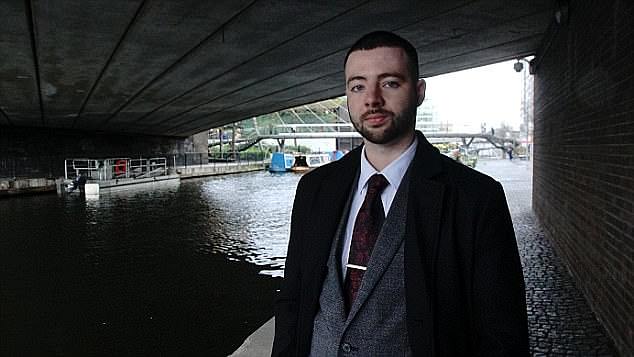 Jason Evans, who lost his father to the infected blood scandal, has slammed the Government after he learned about the latest compensation announcement from a press release 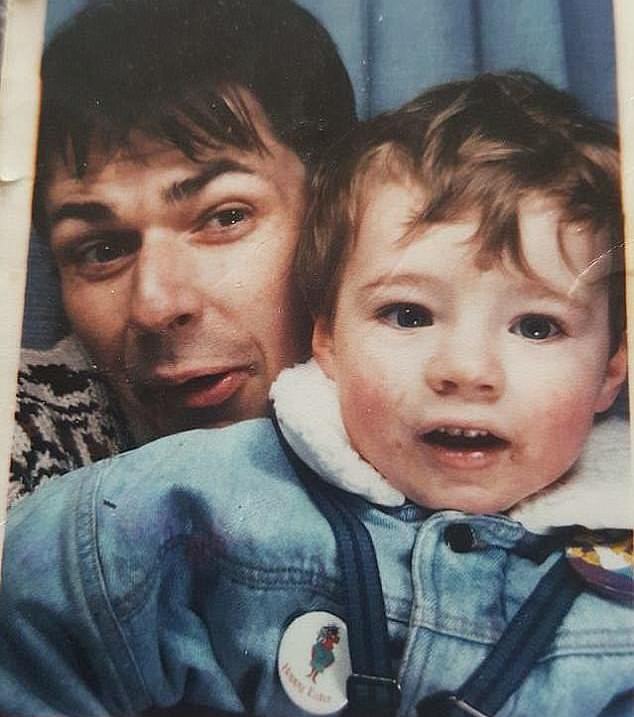 Pictured: Jason Evans as a young boy with father Jonathan who died in 1993 after being given HIV-infected products. Jason has said children of victims should be included in compensation

Jason Evans, whose father Jonathan died in 1993, will not receive any compensation as the child of a victim, BBC Breakfast was told.

He said it was a 'big step forward for some but for the majority, another day of upset'.

He said: 'I think the most important thing is the Government are held to account on that, because I saw the press release that they put out last night and it, in parts, reads very much like they are trying to convince the media and the public that these payments are going to all victims and families, when we know mostly that's not the case.

'I also think there's something to be said for the fact that this announcement was done by way of an Embargoed press release - why aren't victims and families finding out about these things first?'

Asked if he found out about the interim compensation through the media rather than direct contact, he added: 'Absolutely, and that is the case for all victims and families finding out this news today.'

Michelle Tolley was infected with hepatitis C when she received blood transfusions after the birth of her child in 1987, but did not find out until 2015. 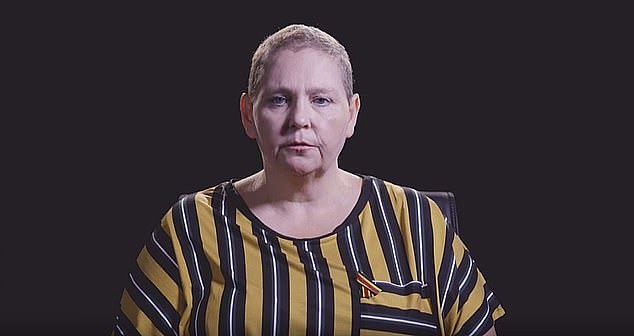 Michelle Tolley was infected with hepatitis C when she received blood transfusions after the birth of her child in 1987 but did not find out until 2015. She says while compensation for survivors is positive, she said the 'next step' was to include families of those who lost their lives

She also said 'the next step' was to include relatives of those who lost their lives, adding that victims of the contaminated blood scandal were 'given a death sentence without committing any crimes'.

She told Sky News: 'I would like to pay tribute to all of the victims contaminated by blood transfusion and bloods products who tragically, through no fault of their own, haven't lived long enough to be here to hear about these interim payments.

'It's about recognition of people whose lives have been destroyed' 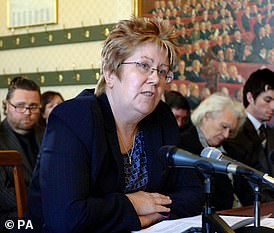 A former deputy headteacher whose husband died after contracting HIV from contaminated blood said she will continue to campaign for those left out of Wednesday's compensation announcement.

Sue Threakall's husband, Bob Threakall, died in Birmingham in February 1991, aged 47, having suffered a marked deterioration in his health after being treated with the contaminated blood product Factor VIII.

Mr Threakall, a father-of-three, had been a haemophiliac since birth, and contracted hepatitis B in 1981, and then HIV in 1985 - although his family said the extent of his illness was largely trivialised by medics at the time.

Mrs Threakall, who now lives near Barnstaple in North Devon, is one of the people affected by the scandal eligible for the first wave of compensation.

But she said: 'There have been two tragedies - the tragedy of the fact that so many people in the population were exposed to these life-limiting viruses, and that we have had to fight tooth and nail for every tiny concession.

'This is not just about money - it's about recognition of people whose lives have been destroyed, young adults have grown up their whole life without their parents and they have not been recognised, and parents whose young children died in their arms.

'We've always said there will always be families out there who don't know what they are eligible to claim. Their lives could have been so much better supported.'

Mrs Threakall said some people had attempted to make campaigners 'look like money-grabbing scroungers', but said any compensation did not make up for decades of lost earnings, let alone the time missed with loved ones.

'The next step is to include parents who lost their children, children who lost their parents, those whose medical records have been lost and for those infected post-1991.'

Baroness Juliam Cumberlege, Chair of the Independence Medicines and Medical Devices Safety Review welcomed the announcement but said it needed to go further.

She said: 'This is also the time to think about others who have suffered avoidable harm through no fault of their own.'

She called on Prime Minister Boris Johnson to 'acknowledge the need for justice and recognition of the suffering of these individuals and families'.

In a statement, she added: 'I call on our next Prime Minister to put redress schemes in place so that we start to provide those who suffered so much the support they need and deserve.'

Rosemary Calder, whose 25-year-old son Nicky died in 1999 with HIV after being given an infected blood product to treat haemophilia, said the wait continues for the bereaved families.

Mrs Calder, 74, whose family moved from north London to Newport Pagnell in Buckinghamshire after her son was called 'Aids boy' at school, said: 'Again, parents and children who have lost loved ones are just ignored.

'The parents feel so disheartened and despondent that they can't get recognition.

'It's not about money, it's about the lives of their children.

'So many parents suffered financially because they had to give up work, had to move house because of all the stigma, people lost their jobs - that has never been acknowledged.

'I think it (the interim compensation) is a step in the right direction but there's a long way to go.'

Chancellor of the Duchy of Lancaster Kit Malthouse said on Tuesday: 'Those affected by the infected blood scandal have suffered terribly over many years and that heart-breaking and unimaginable pain has been compounded by the financial uncertainty many have faced.

'These interim payments will start the process of securing that certainty. My priority is to get the money to those people as quickly as possible.

'Of course, no amount of money will compensate for the turmoil victims and their loved ones have faced, but I hope these payments help to show that we are on their side and will do everything in our power to support them.'

Outgoing Prime Minister Boris Johnson said he wanted the money to be paid to victims and their surviving partners, he said: 'While nothing can make up for the pain and suffering endured by those affected by this tragic injustice, we are taking action to do right by victims and those who have tragically lost their partners by making 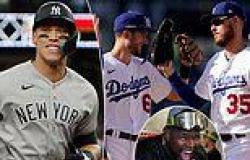 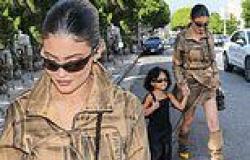 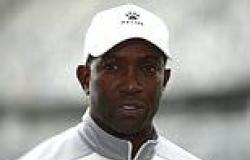 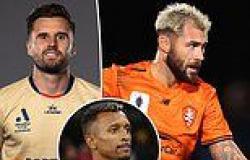