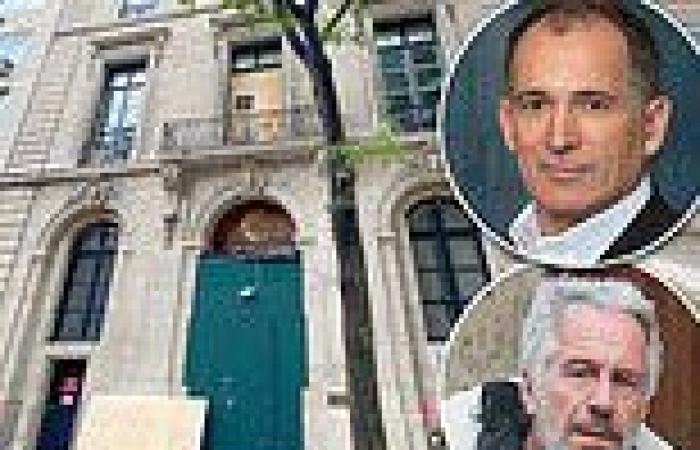 Work has finally started to gut and renovate the Manhattan mansion where pedophile Jeffrey Epstein abused girls as young as 14.

And now he is making good on his promise to 'restore its grandeur from before the Epstein era.'

Building permits attached to the home show they were issued between April 6 and August 2 and all apart from one – for the installation of sprinklers – expire at the end of the year.

They describe the work as 'renovation of an existing single-family dwelling.'

They added that the work to the lower four floors was to include 'non-structural demolition and general construction.'

There would be 'no change to use, egress or occupancy.' 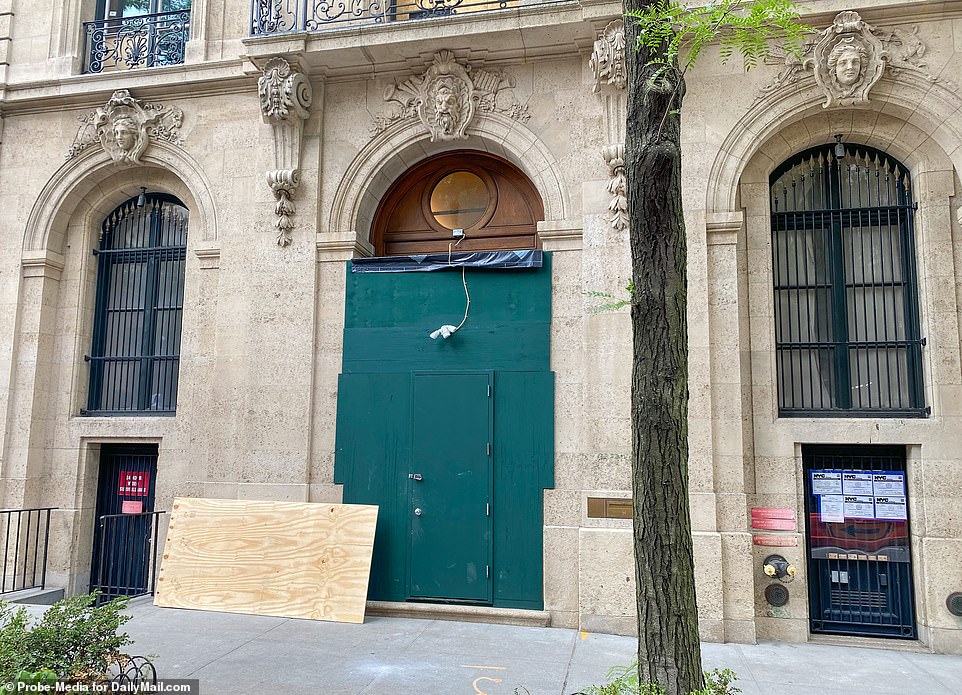 Construction and demolition work has begun at the Manhattan mansion where pedophile Jeffrey Epstein once lived, exclusive DailyMail.com photos show 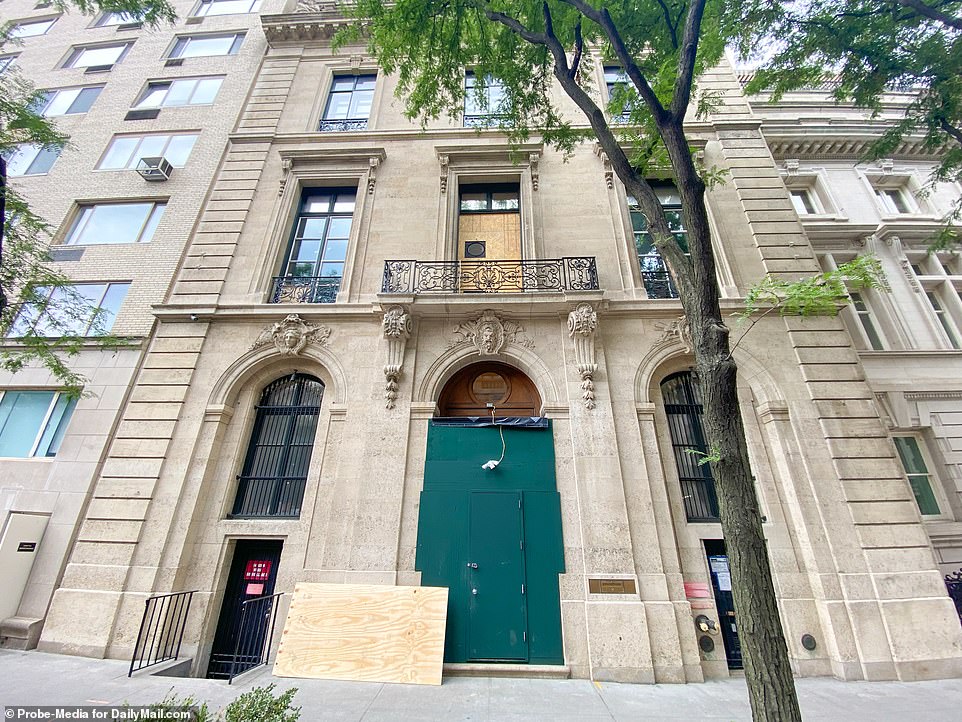 Behind the green door: A makeshift entrance has now been erected to protect the home's 15-ft. double oak doors or the seven-story home on Manhattan's East 71st Street 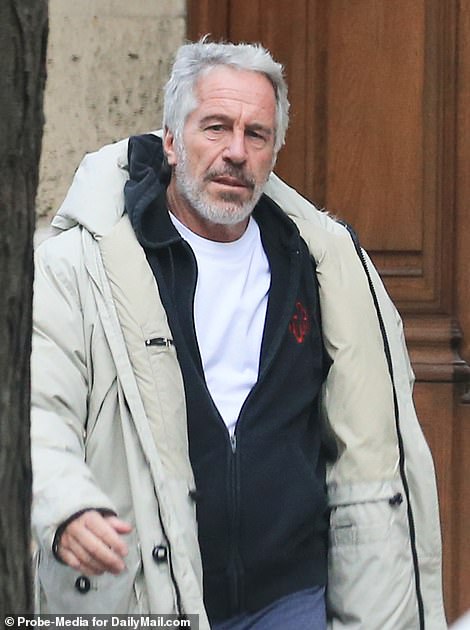 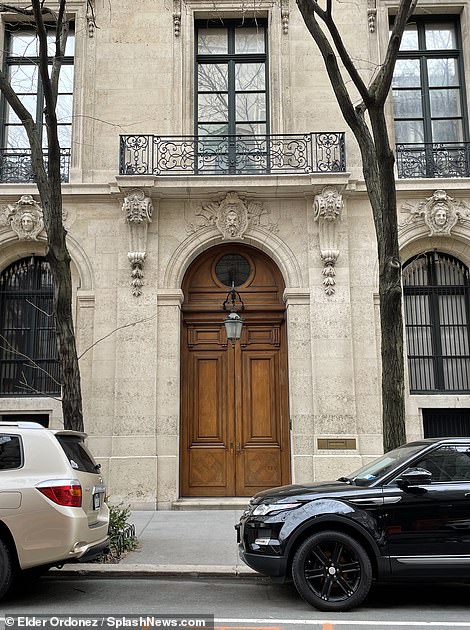 Epstein, who was found dead in a New York City jail cell in August 2019 while awaiting trial on conspiracy and sex trafficking charges, bought the house from his mentor Victoria's Secret founder Leslie Wexner, allegedly for $1. He is pictured outside the property in early 2019

After Daffey bought the home, his spokesman Stu Loesser told the New York Post: 'The physical and spiritual rehab of 9 E 71 St. is well underway, but it's going to take a long time to restore its grandeur from before the Epstein era.

'When we're done, it promises to be a home like no other in New York.'

Loesser did not return a call for comment on the ongoing work.

Daffey, 55, bought the mansion overlooking Central Park at a discounted price. It was originally listed for $88million. 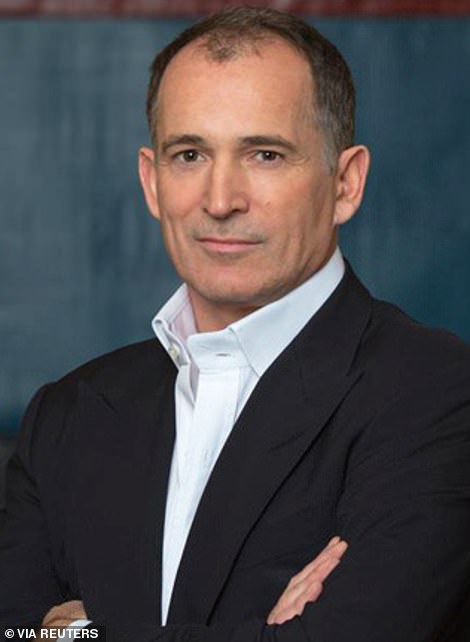 With a sprawling 28,000 square feet over seven floors, the mansion was described in the listing as 'a once in a life-time opportunity to own the largest single-family home in New York City.'

But its dark past put off many super-wealthy buyers until Daffey came along and snapped it up at less than 60 per cent of the asking price.

The deal still marked one of the most expensive home sales in the Big Apple since the Covid pandemic.

The property was first put on the market for $88million back in July 2020, just under a year after Epstein was found dead in his prison cell while awaiting trial on a string of sexual abuse charges.

Australian-born Daffey got a $30.6million loan from Citigroup to buy the Epstein house, Bloomberg reported.

He worked his way up the ranks during a quarter-century career with Goldman's. His last post was chairman of the hugely profitable global markets division.

He left in March last year when he was appointed chairman of Galaxy Digital Holdings, which the Wall Street Journal calls 'a bitcoin-focused firm offering banking and institutional services.'

At the time he said: 'This is a great, new next chapter for me, I have a lot to learn.'

Daffey and his wife Blake, 50, have four children. Before buying the Epstein house they lived in a penthouse of an eight-story building that they had built in the Noho district of Manhattan.

Last year they got $25million for that building, whose tenants have included Will Smith, after asking $29.5million.

Epstein allegedly had secret cameras installed inside the sprawling Upper East Side property to spy on his victims while it was also fitted with unusual décor –including Petrina Ryan-Kleid's now-infamous painting of Bill Clinton in a dress, called Parsing Bill.

On the second floor Epstein had a mural commissioned of himself in prison with barbed wire, correctional officers not letting him leave. 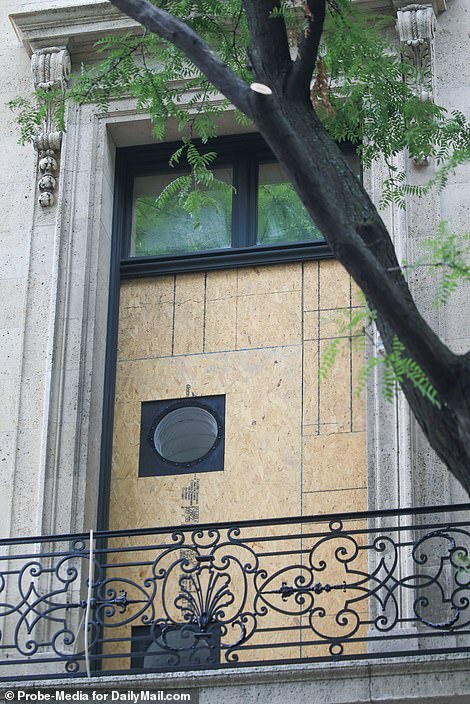 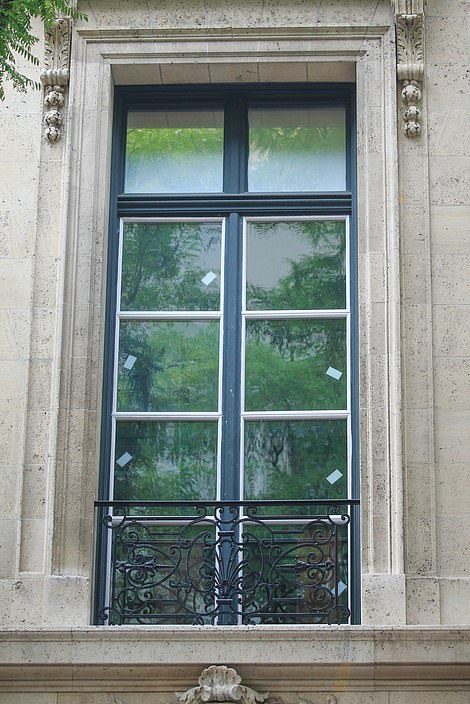 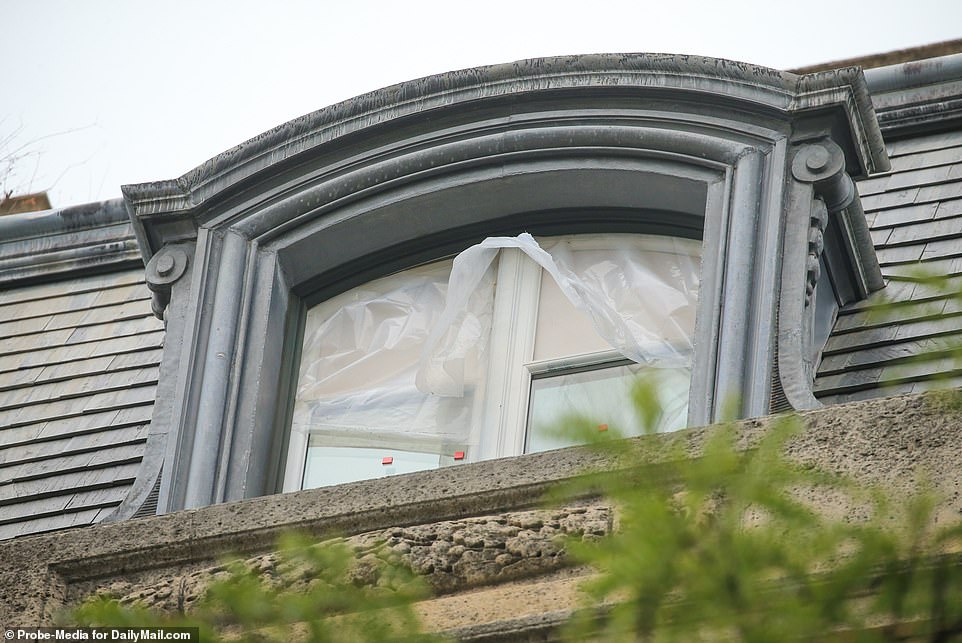 Daffey bought the mansion overlooking Central Park at a discounted price. It was originally listed for $88million, then it was slashed to $65million before he bought it for $51million, less than 60% of the original asking price

Public relations specialist R. Couri Hay, who visited the home at Epstein's invitation told the New York Times that Epstein had told him: 'That's me, and I had this painted because there is always the possibility that could be me again.'

Epstein had dozens of other eye-catching pieces in the Manhattan home. A life-size doll hung from a chandelier and he had a chess set on display with many of the pieces dressed suggestively.

When police searched the house shortly before Epstein's death, they seized photographs of naked underage girls.

Epstein bought the house from his mentor Victoria's Secret founder Leslie Wexner, allegedly for $1. Wexner, now 84, had planned to 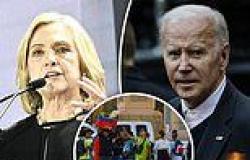 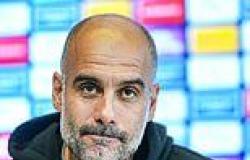