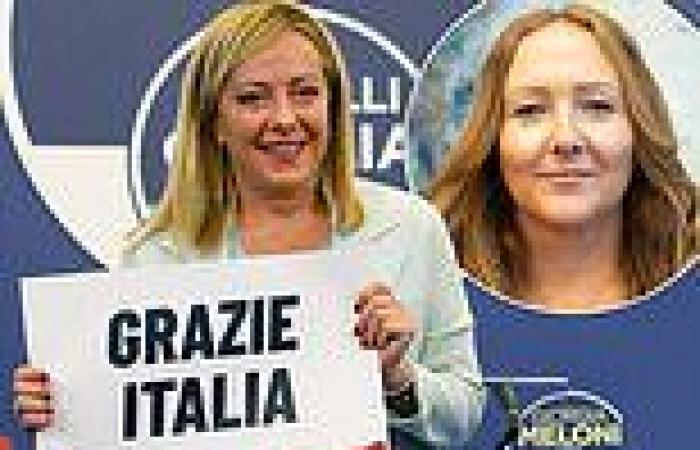 In 2019, former President Barack Obama told a crowd, 'If more women were put in charge, there would be less war, kids would be better taken care of and there would be a general improvement in living standards and outcomes.'

How sweet and condescending. If only he really meant it.

In 2018, then-aspiring presidential candidate Hillary Clinton claimed, 'I just think women in general are better listeners, are more collegial, more open to new ideas and how to make things work in a way that looks for win-win outcomes.'

Oh, really? That would have been believable if it wasn't so self-serving.

Conservative women, like myself, weren't fooled then, and we're not being fooled now by the left's apparent love affair with our gender.

In fact, we just got quite the glimpse of modern liberals' real views on female leaders, when Giorgia Meloni and her conservative coalition, Brothers of Italy, triumphed in that country's election on Sunday.

If you haven't heard, the coming elevation of Italy's first female prime minister is actually a catastrophe. 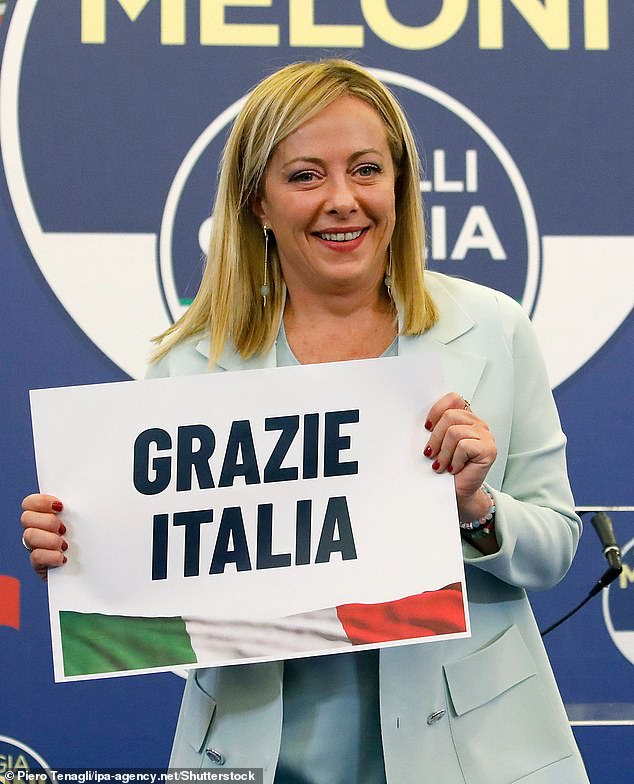 We just got quite the glimpse of the left's real views on female leaders, when Giorgia Meloni and her conservative coalition, Brothers of Italy, triumphed in that country's election on Sunday

'I would love to see more women in powerful positions, but representation has its limits,' wrote The Guardian's Arwa Mahdawi in her coverage of Meloni's victory under the headline, 'It is great that little girls now have role models so they, too, can grow up to be crazed world leaders.

'Simply having a vagina and a fancy job title doesn't make you a feminist role model,' Mahdawi concluded.

The subtext: Successful women are great, they really are, just not this kind. 'You can't sit with us!' and 'We wear pink on Wednesdays!' went unsaid.

What is Meloni's unpardonable offense against the left-wing elites of the world?

According to the mainstream media and millions of new experts on Italian politics, she's an anti-immigrant monster, a threat to Ukraine, the second coming of Mussolini and worse.

Just look at the latest headlines.

CNN confidently proclaimed: 'Giorgia Meloni claims victory to become Italy's most far-right prime minister since Mussolini.' The Atlantic minced no words, assuring us of the 'The Return of Fascism in Italy.' And the Washington Post went with 'Danger lurks after Italy's shocking election.'

Not to be outdone, the White House got in on the act. 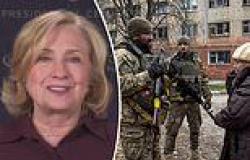