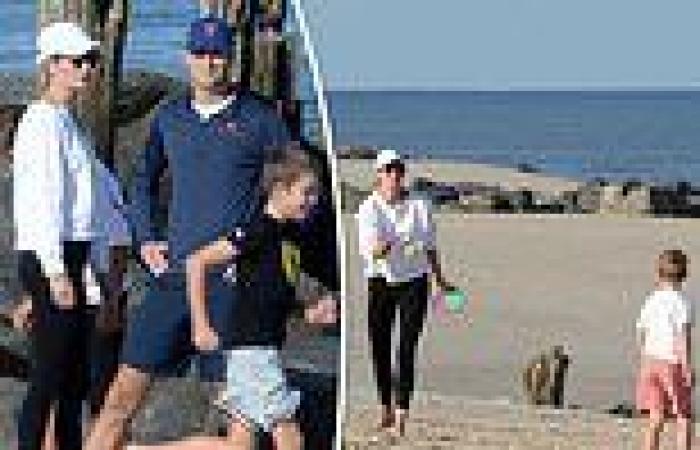 Jared Kushner and Ivanka Trump were seen enjoying some fun in the sun in New Jersey this week as category 4 Hurricane Ian threatened to batter Florida's west coast back home.

The couple spent Tuesday afternoon at the beach with their three children in Long Branch, where they had celebrated Rosh Hashanah, the Jewish New Year, days earlier at the Kushner Family estate nearby.

Exclusive DailyMail.com photos show the doting parents having some wholesome family fun on the sand with daughter Arabella, 11, and sons Joseph, 9, and Theo, 6.

The happy family took turns playing Velcro ball toss and throwing a football on the beach. Jared, 41, who has been undergoing treatment for thyroid cancer, appeared healthy and in high spirits, one point racing his two young boys on the sand. 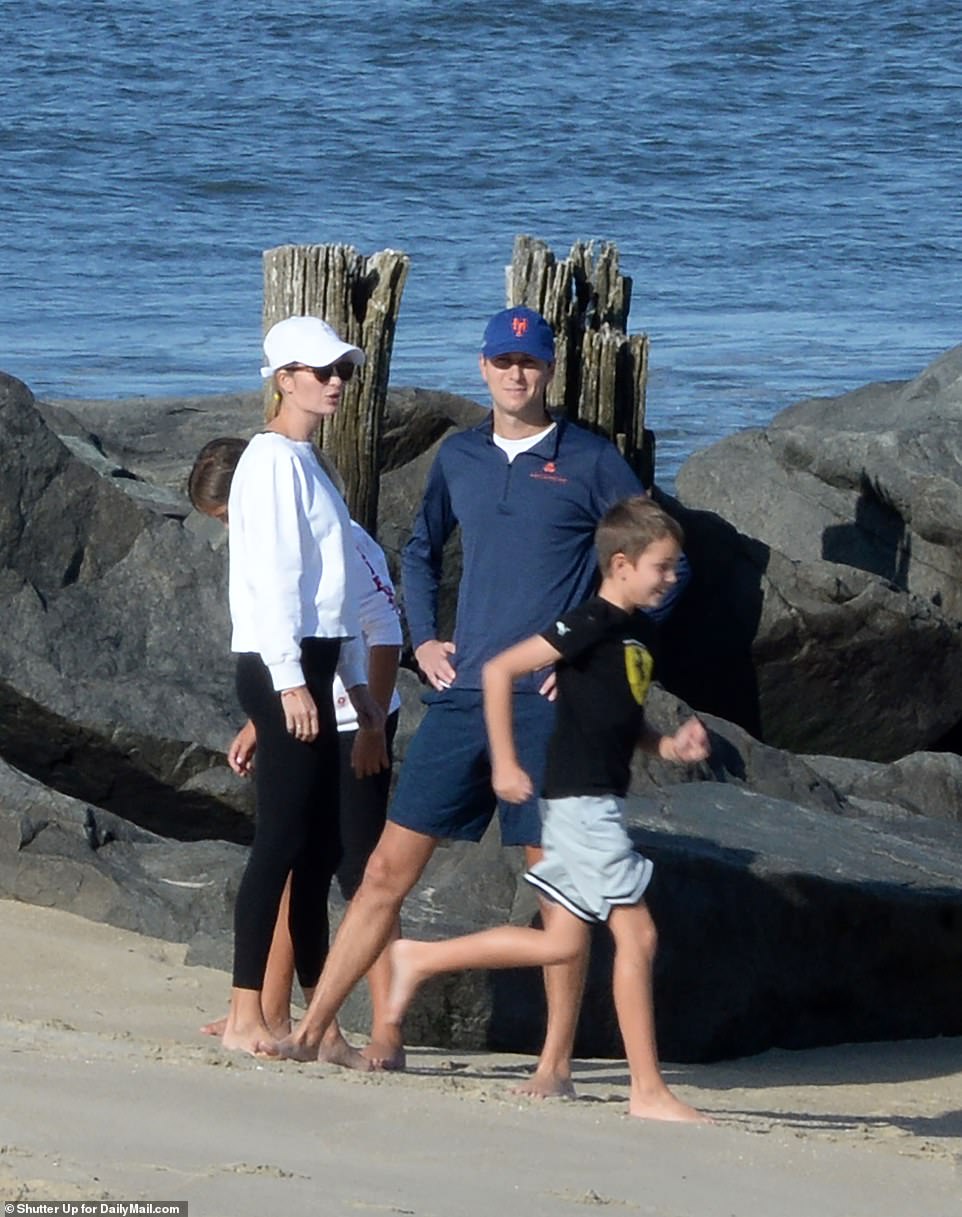 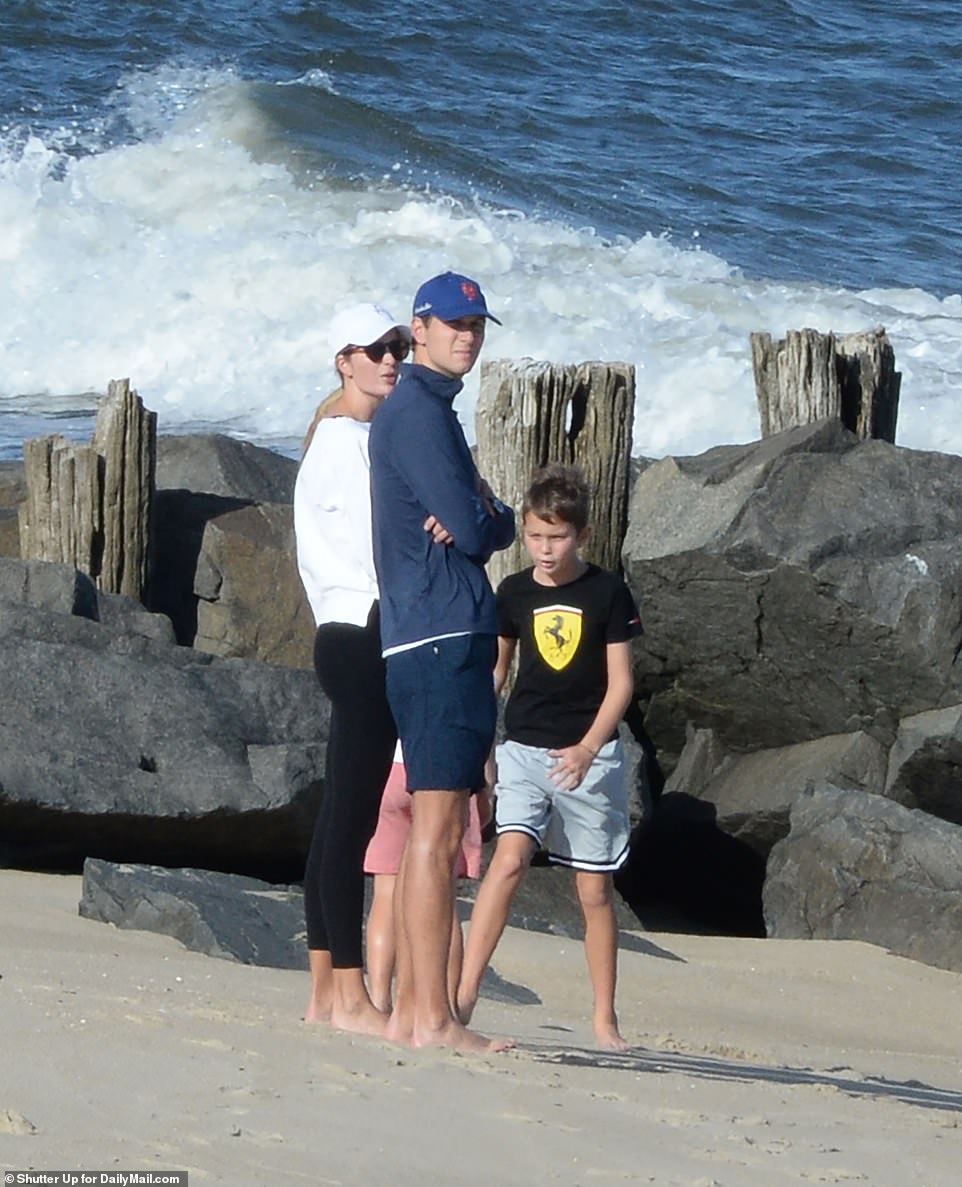 The couple was spotted enjoying a family beach day with their three children on Tuesday afternoon in Long Branch, Monmouth County, where they had celebrated Jewish holiday Rosh Hashanah days earlier 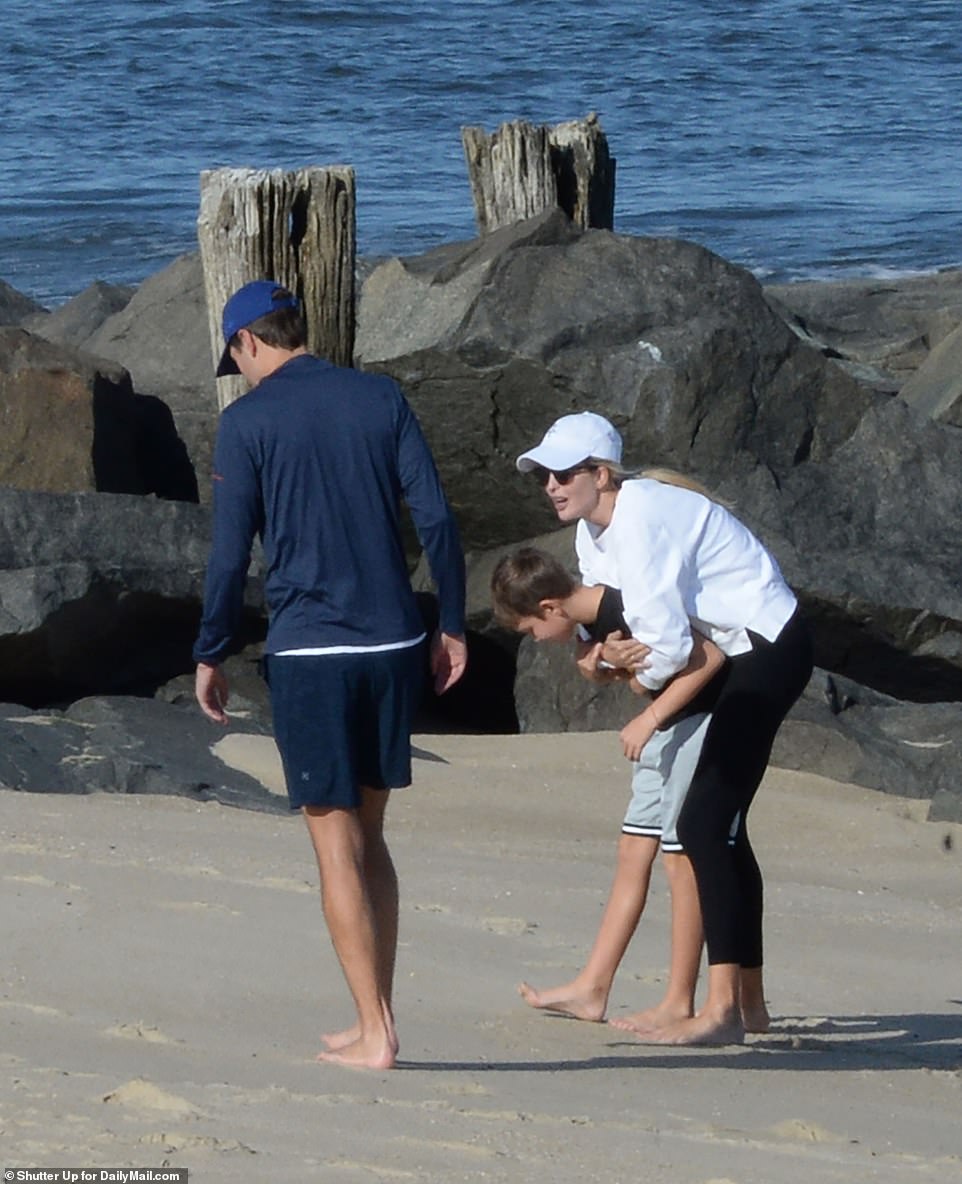 Exclusive DailyMail.com photos show the doting parents playing on the sand on an isolated part of the beach near the Kushner family estate. Ivanka is seen being affectionate and embracing her eldest son Joseph, 9 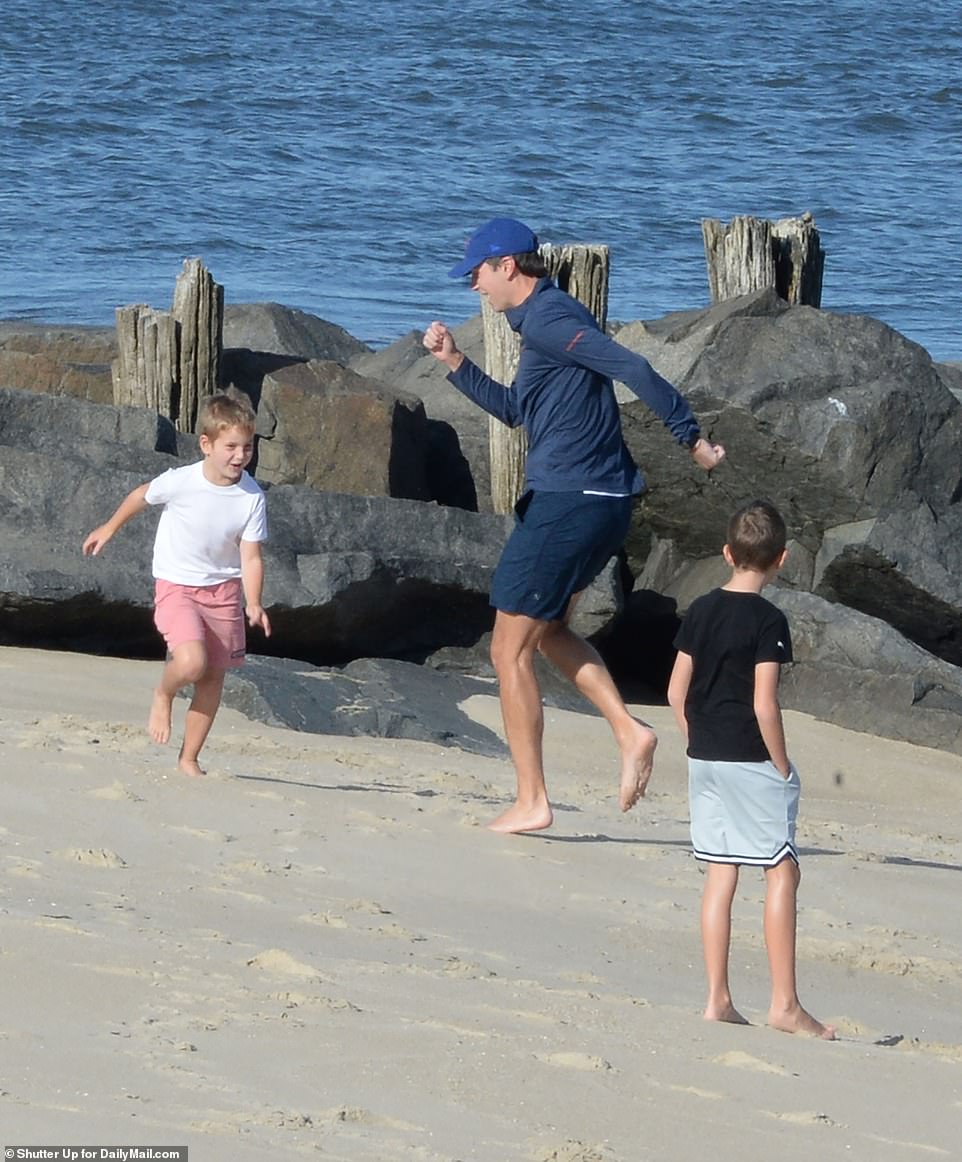 Jared, 41, who has been undergoing treatment for thyroid cancer, appeared happy and healthy as he played with his two boys and raced them on the sand 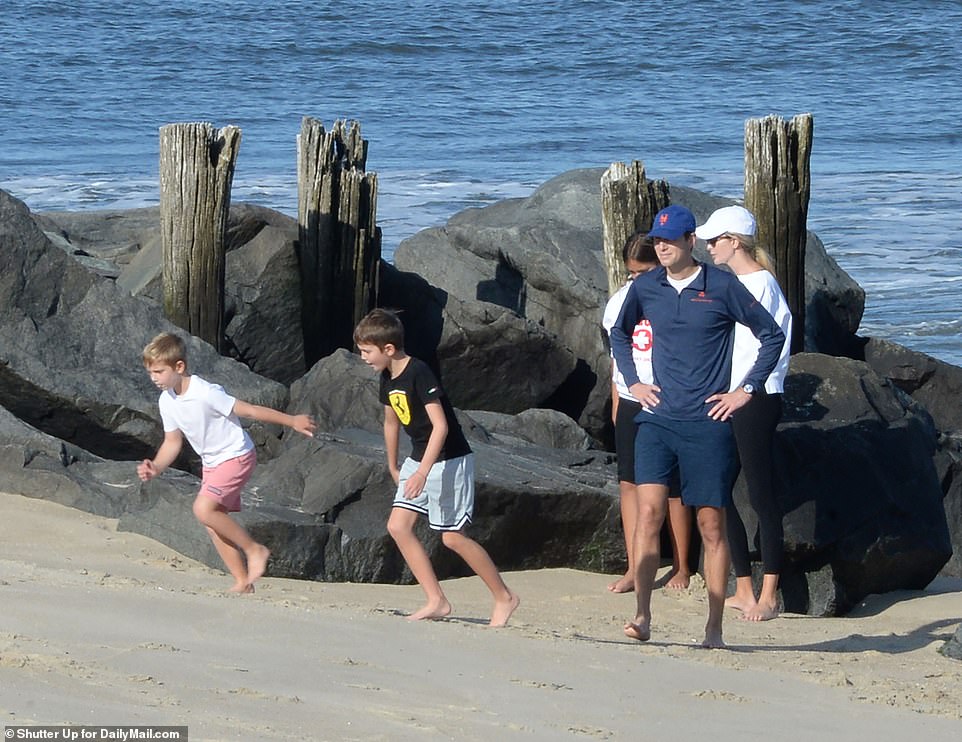 Jared and Ivanka enjoyed some quality time with daughter Arabella, 11, and sons Joseph, 9, and Theo, 6 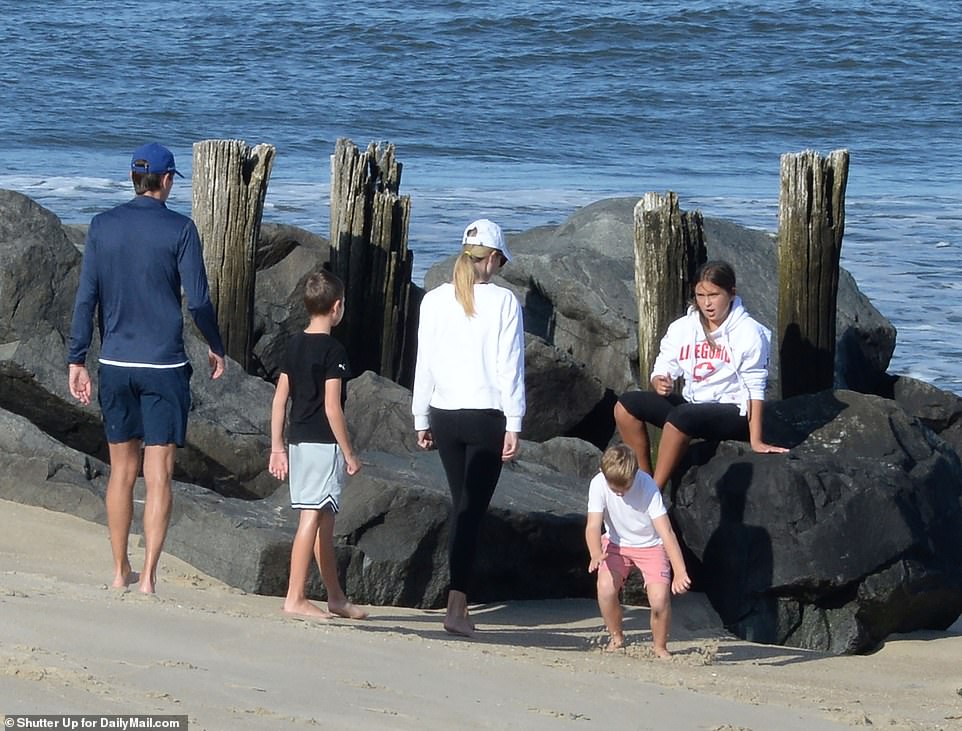 The former White House advisors dressed comfortably and casually for the crisp fall weather, opting for light knits and athleisure and ditched their shoes as they frolicked under the sun.

Jared's parents, Charles and Seryl Kushner, were also seen Tuesday enjoying the balmy afternoon from the balcony of their house overlooking the ocean.

The Kushners, who are now based in Miami, Florida after leaving Washington, D.C. at the end of President Donald Trump's term, are staying at the family's estate in the beachside city - about an hour outside of New York, for the holiday.

Earlier that morning, Ivanka, 40, who converted to Judaism before marrying Jared in 2009, was spotted heading to Temple alone with a security guard.

Her brother-in-law Joshua Kushner, who is also in town for the holiday celebration, was seen walking back from Temple with his son Levi. 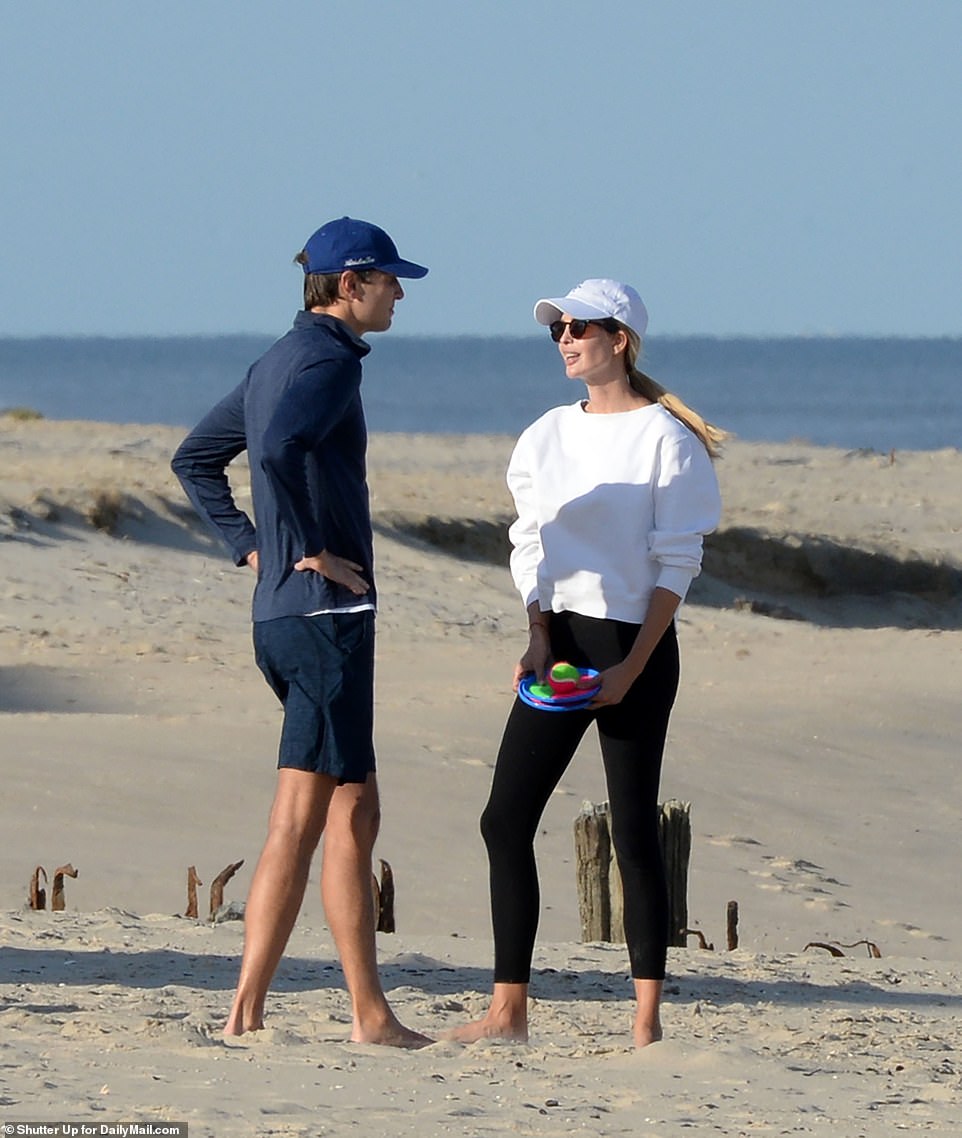 Jared, 41, and Ivanka, 40, dressed comfortably and casually for the crisp fall weather, and ditched their shoes to frolic on the sand 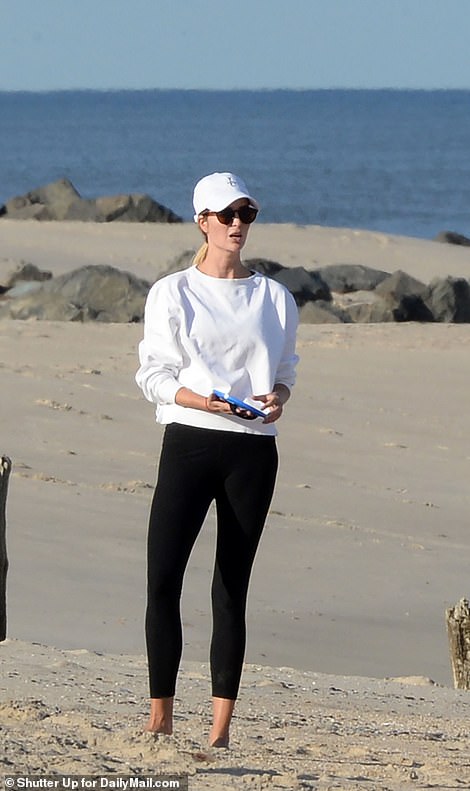 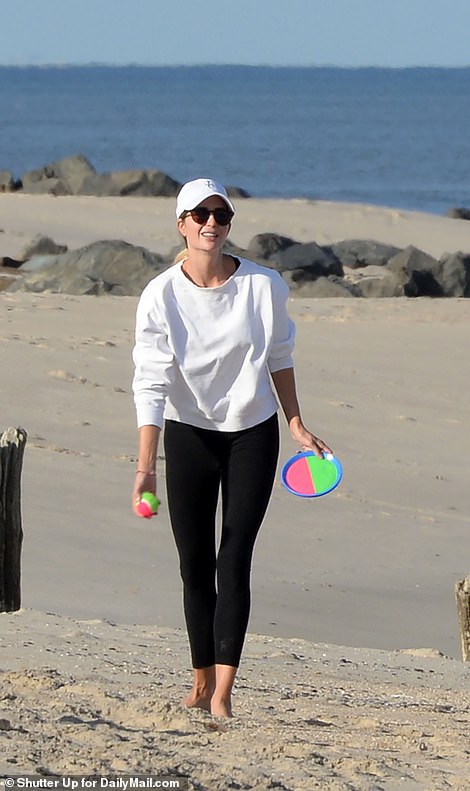 PREV Elon Musk appears to back Kanye West after rapper's vile Hitler-praising ... trends now
NEXT ‘Protests in China work’: Officials back down on restrictions after unrest mogaznewsen 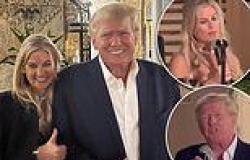 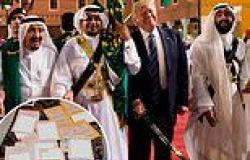 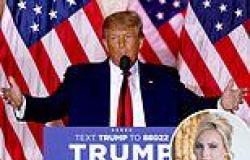 MEGHAN MCCAIN: Only Trump could be stupid enough to turn Twittergate into a ... trends now