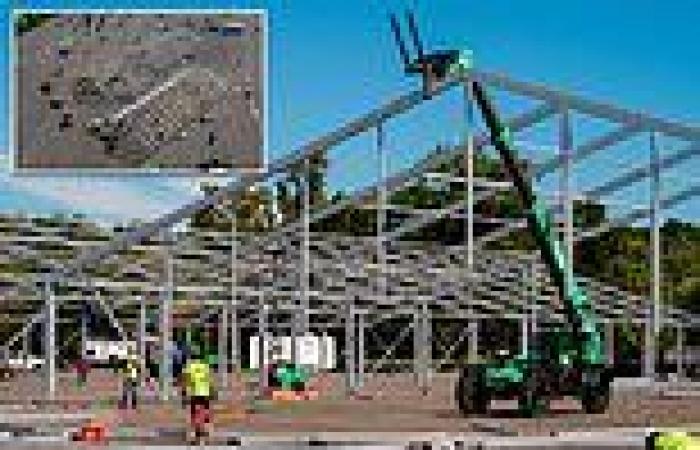 The first enormous structures are being built in the parking lot of a beach in the Bronx as New York City attempts to deal with the unexpected new flow of migrants.

The tents are part of the city's plan to accommodate 13,000 asylum seekers who have been bused into the city as part of a campaign by Republican governors to disrupt federal border policies.

Housing the migrants in tents is among an array of options put forward by Mayor Eric Adams' team - from using cruise ships to summer camps.

Cherry pickers were seen hoisting the giant metal framework into place while workers could be seen heaving the massive tarps into position to provide a shelter from the elements.

The construction has occurred particularly quickly given that the idea was apparently only floated last week by New York Mayor Eric Adams. 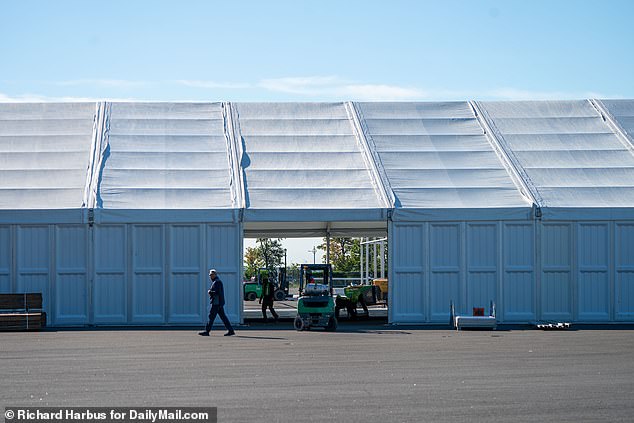 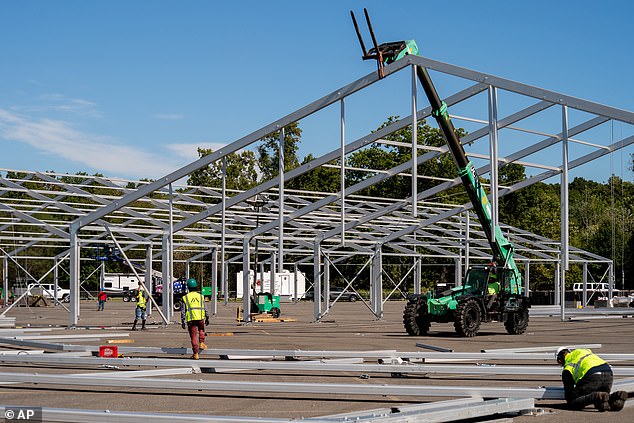 Workers install a hangar-sized tent in the parking lot of Orchard Beach in the Bronx, New York 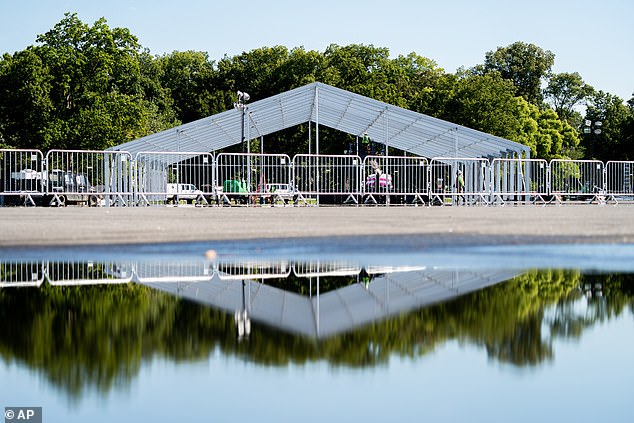 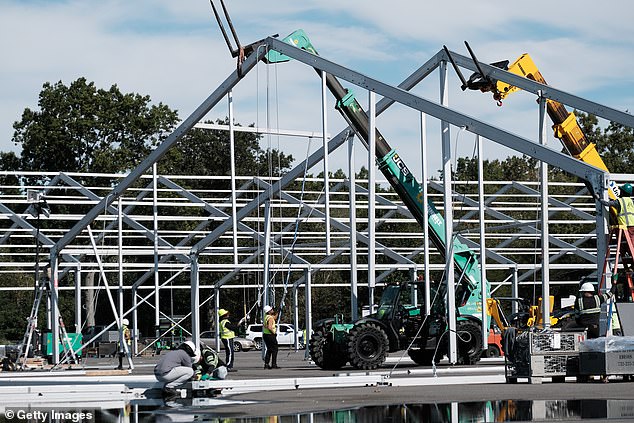 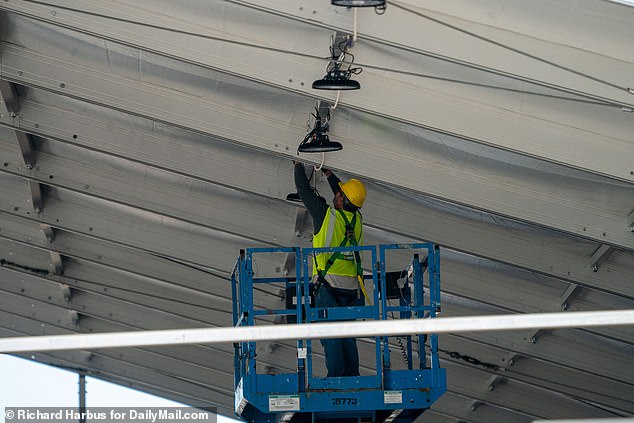 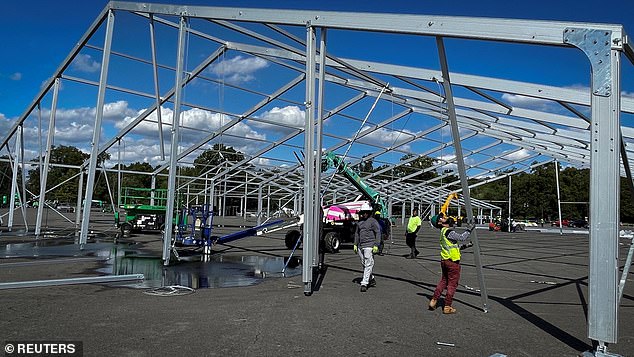 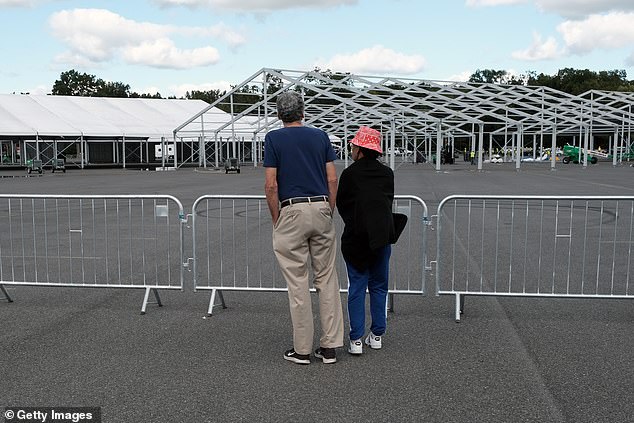 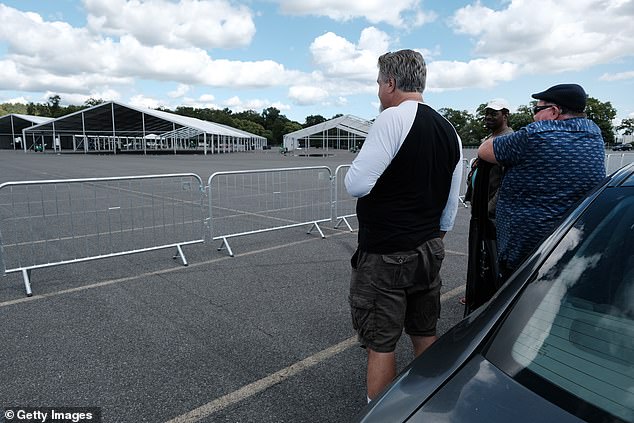 The temporary tents will be used to house some of the estimated 13,000 migrants who have been bussed since August into the city from Texas

'This is not an everyday homelessness crisis, but a humanitarian crisis that requires a different approach,' Mayor Adams said in a statement last week.

New York City's huge system of homeless shelters has been straining to accommodate the unexpected new flow of migrants seeking asylum in the United States.

The first few tents are being erected at Orchard Beach in a remote corner of the Bronx, where public transportation is limited. Officials are also said to be looking into other areas.

Workers in hardhats were seen carrying metal poles that were delivered on trucks - as others drilled into the ground with the framework of the tents now visible. 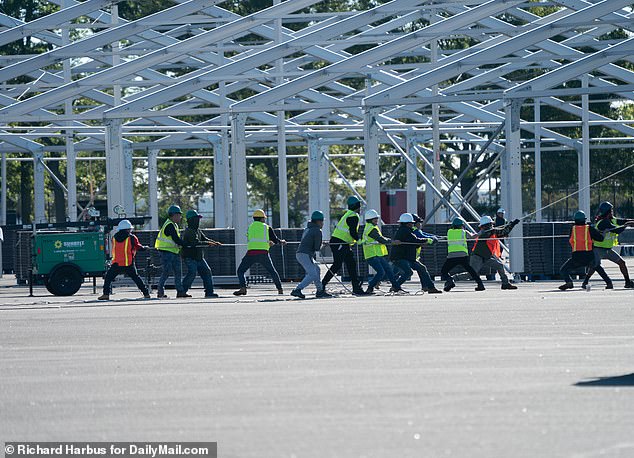 Workers pull on ropes to pull the tarps over the tents. The Migrant tent city at Orchard Beach in The Bronx will have a total of 7 structures to house men and women only, not families 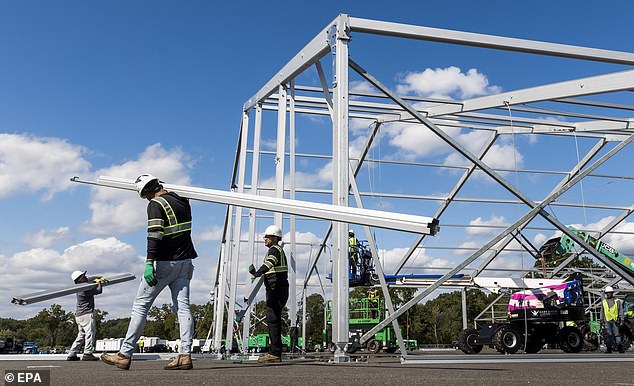 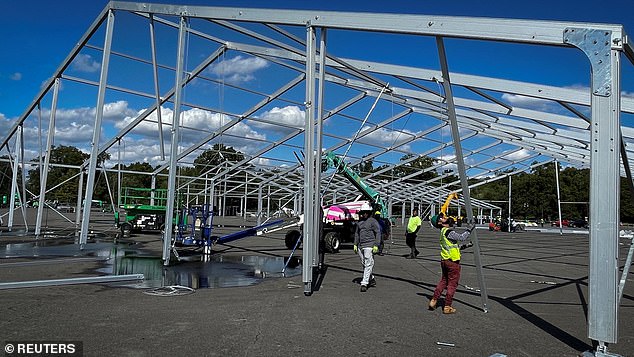 The temporary tents will be used to house some of the estimated 13,000 migrants who have been bussed into the city from Texas since August 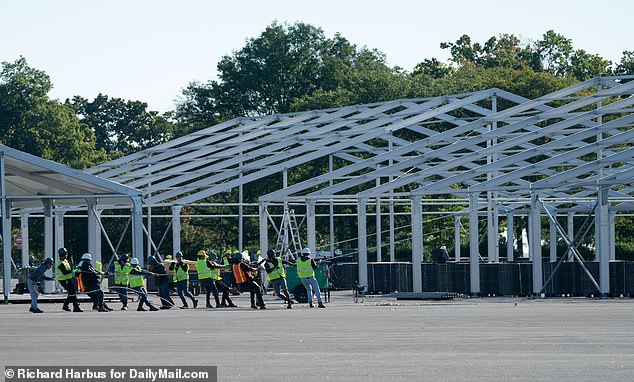 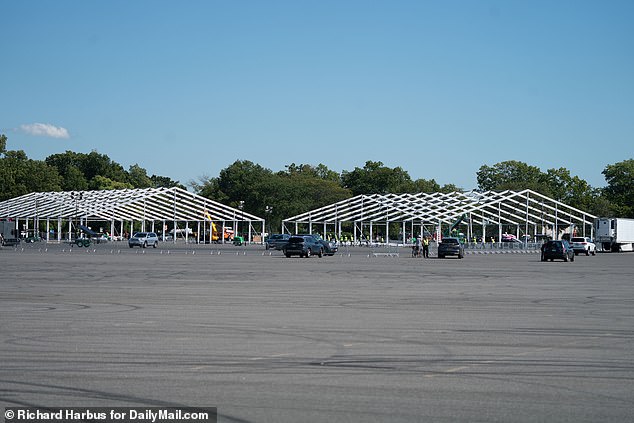 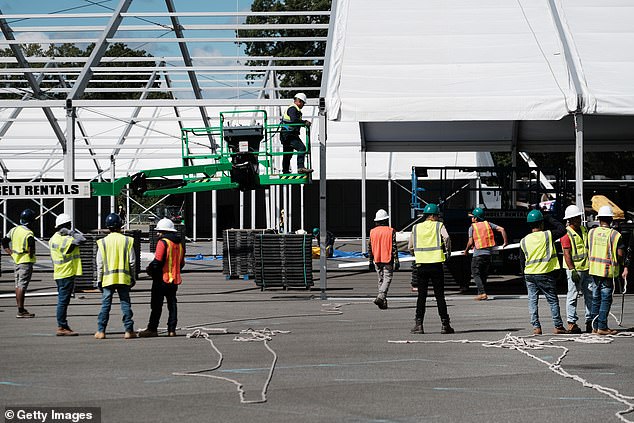 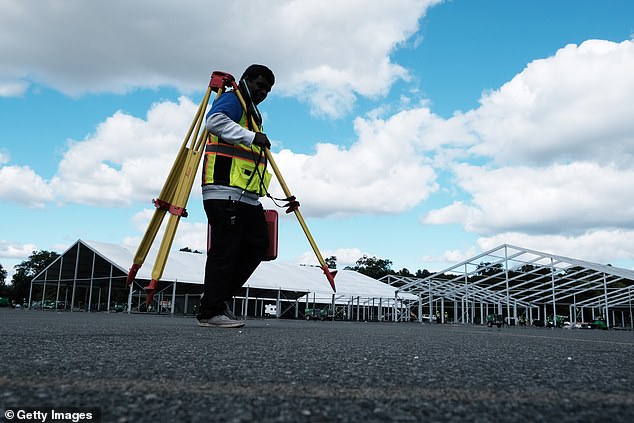 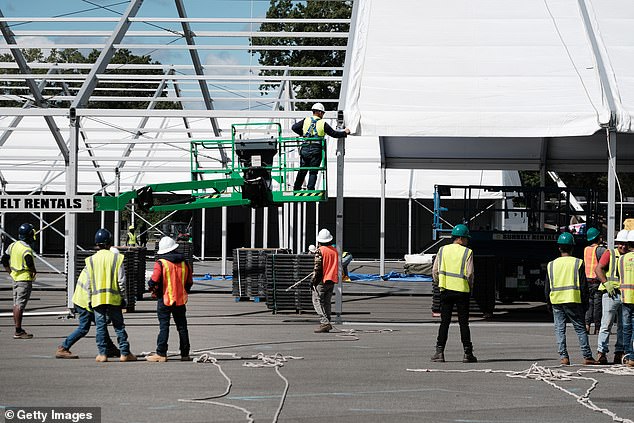 Once complete, rows and rows of cots will be set up with the tent heated, as cooler autumn nights in the city take hold

Once complete, rows and rows of cots will be set up with the tent heated, as cooler autumn nights in the city take hold.

City officials said the facilities - which they call 'humanitarian emergency 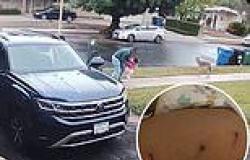 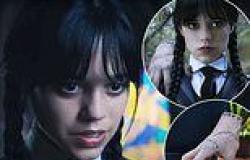 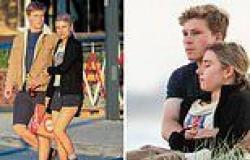 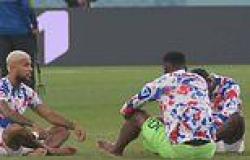