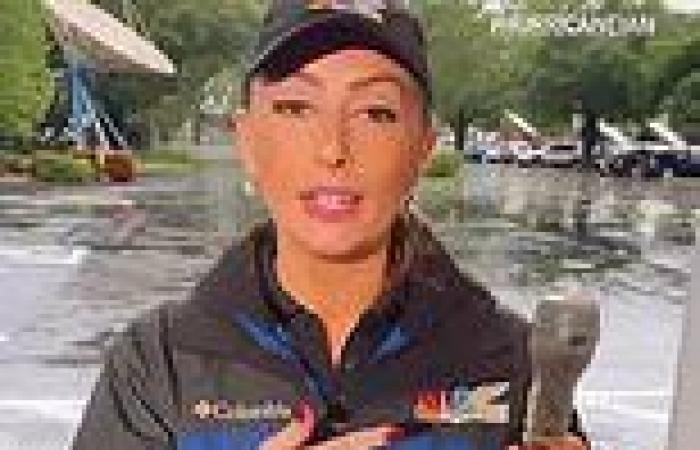 It’s what you think it is! TV reporter desperate to protect her mic covers it in a condom Viewers spotted an unusual mic attachment when tuning in to NBC's coverage Kyla Galer viewers she had put the condom on the mic to protect it from the rain 'That's how you wrap up a weather segment for sure,' said one social media user She was reporting in the Naples area, where hurricane Ian has hit thousands

We've all resorted to extreme lengths to keep our possessions dry, but one reporter took it a step further during her coverage of Hurricane Ian.

Viewers spotted an unusual mic attachment when tuning into NBC's coverage of the Category 4 storm in Florida on Tuesday.

NBC's Kyla Galer explained to viewers that she had placed a condom on the mic to protect it from the rain on Wednesday.

'A lot of people are asking, what is on my microphone. It is what you think it is — it's a condom!' Galer explained.

She was reporting in the Naples area of Florida, where the Category 4 storm has left thousands without power.

Galer went on to use the mic in her reporting it, bringing live coverage to NBC's viewers while protecting her equipment.

'That's how you wrap up a weather segment for sure,' said one social media user, posting on Twitter. 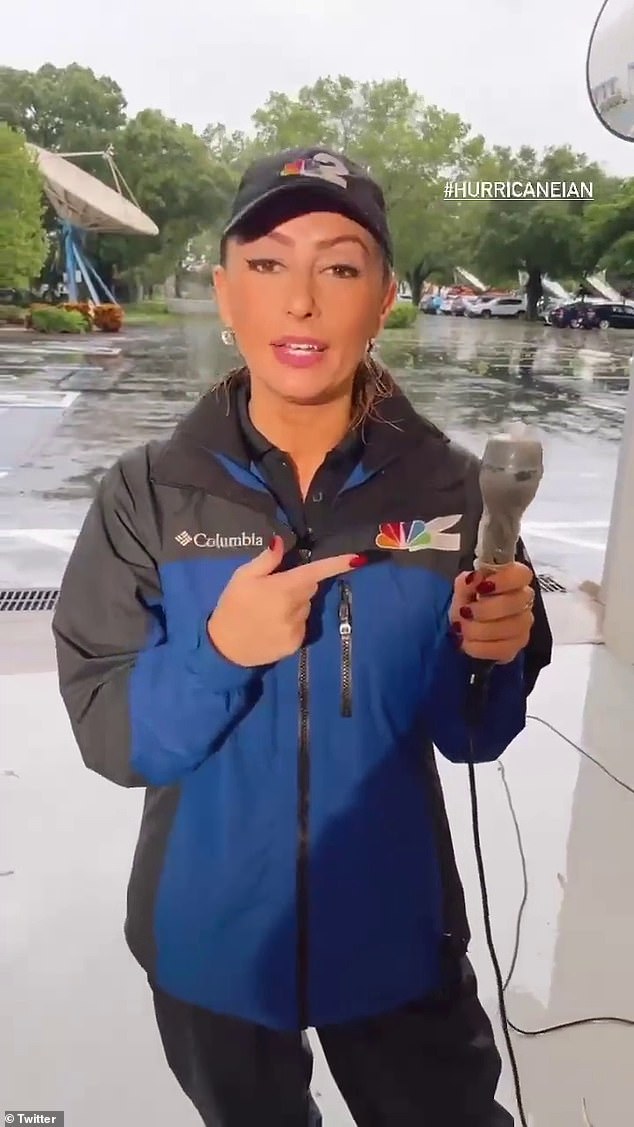 In order not to get her mic wet, NBC's Kyla Galer went to desperate lengths to protect her gear 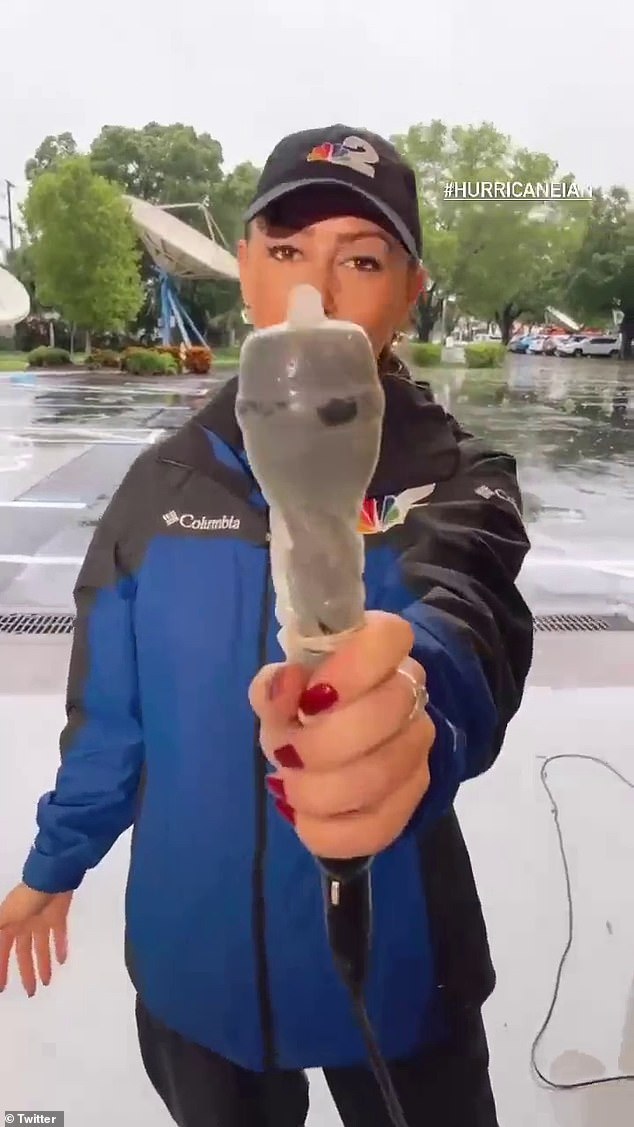 Weather Channel's Jim Cantore was recorded recoiling from a thunderclap, dodging what could have been a close call as Hurricane Ian batters reporters across Florida.

Cantore was shown jumping away from the sound