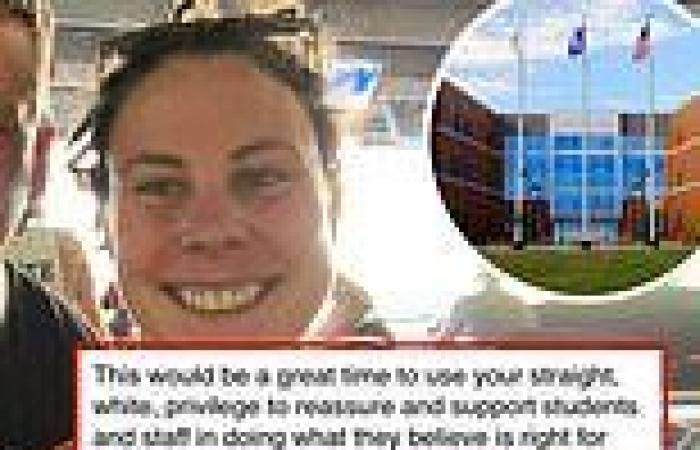 Nearly 100 students walked out of school in protest on Wednesday, after an assistant principal told staff to use their 'straight, white privilege' to protect the pupils.

Administrators at Farmington High School in Minnesota were discussing how some parents were upset by their decision to do away with the traditional homecoming queen and king titles in favor of a gender-neutral homecoming royalty, when Assistant Principal Laura Wagner made the controversial comments.

In an email to her colleagues, Wagner wrote: 'I chatted with Tiffany Fearing about homecoming a bit, and wanted to talk a bit about what our presence looks like at the parade and coronation as we switch to royalty instead of a king and queen.

'Per usual, we have some keyboard warriors who are making Tiffany concerned about student well-being,' Wagner continued. 'I think her concerns are valid, and I want to make sure we are showing up for her and our students.

'This would be a great time to use your straight, white privilege to reassure and support students and staff in doing what they believe is right for our school community.'

The email was leaked soon after, much to the dismay of parents and students who claim Wagner's remarks are just another example of the school district pushing a 'woke agenda.' 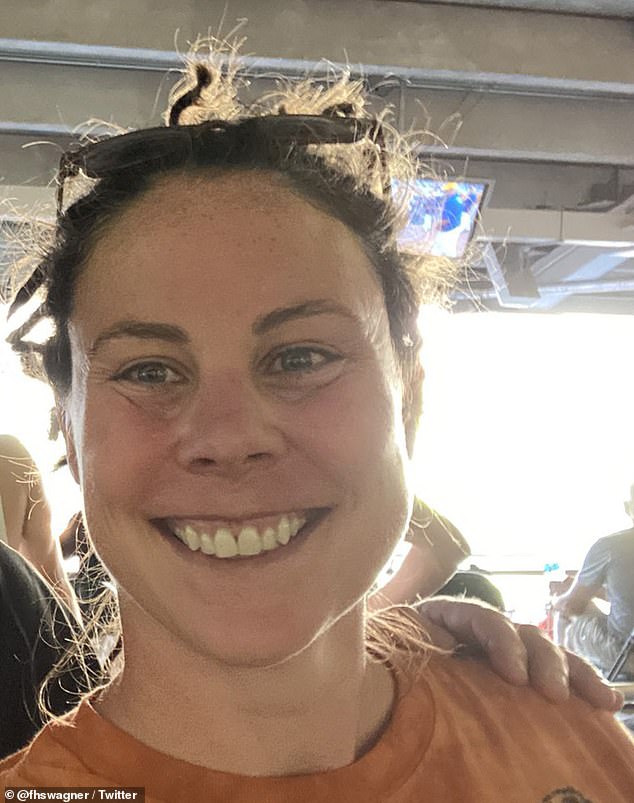 Laura Wagner, an assistant principal at Farmington High School in Minnesota, has come under fire for telling staff to use their 'straight, white privilege' to protect students from 'keyboard warriors' 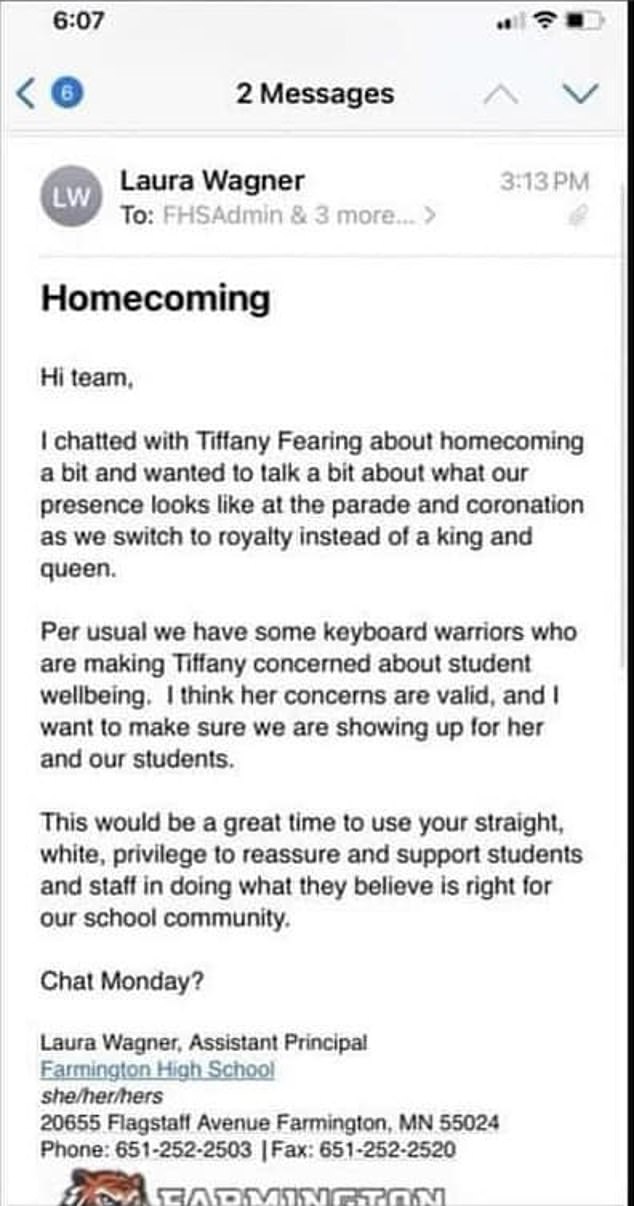 As one parent, who asked not to be identified, explained to FOX News: 'The Farmington, Minnesota school district preaches inclusivity and non-discriminatory actions to the staff and students.

'As a parent, it's offensive and appalling to 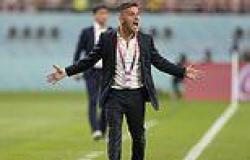 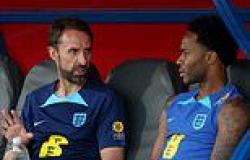 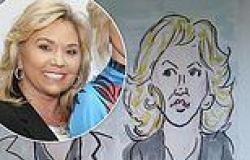 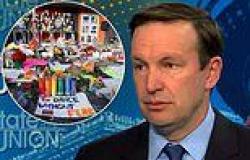