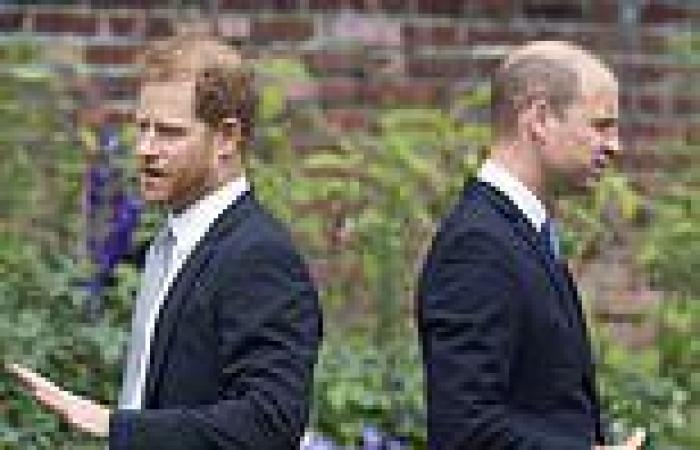 In the final extract from his riveting new book on how the Sussexes' relationship with palace staff deteriorated, VALENTINE LOW recalls the impact of the couple's shocking TV interviews — and examines the truth behind their claims . . .

The first intimation that Meghan might be a victim — as well as a possibly rather difficult employer and sister-in-law — came in an ITV documentary.

Filmed in a garden in Johannesburg, during the Sussexes's 2019 tour of South Africa, she'd spoken to presenter Tom Bradby about how she'd struggled with life in the spotlight, both as a newlywed and as a new mother. He'd then asked her what the impact of all that pressure had been on her physical and mental health.

Looking vulnerable, almost as though she was trying to hold back tears, Meghan said she'd found it hard, and added: 'Thank you for asking, because not many people have asked if I'm OK. But it's a very real thing to be going through behind the scenes.'

A preview of Bradby's documentary was screened for the media while William and Kate were on a tour of Pakistan that October. And, inevitably, the resulting coverage, with its headlines of 'Meghan: My Struggles', overshadowed coverage of the last day of the Cambridges' tour. 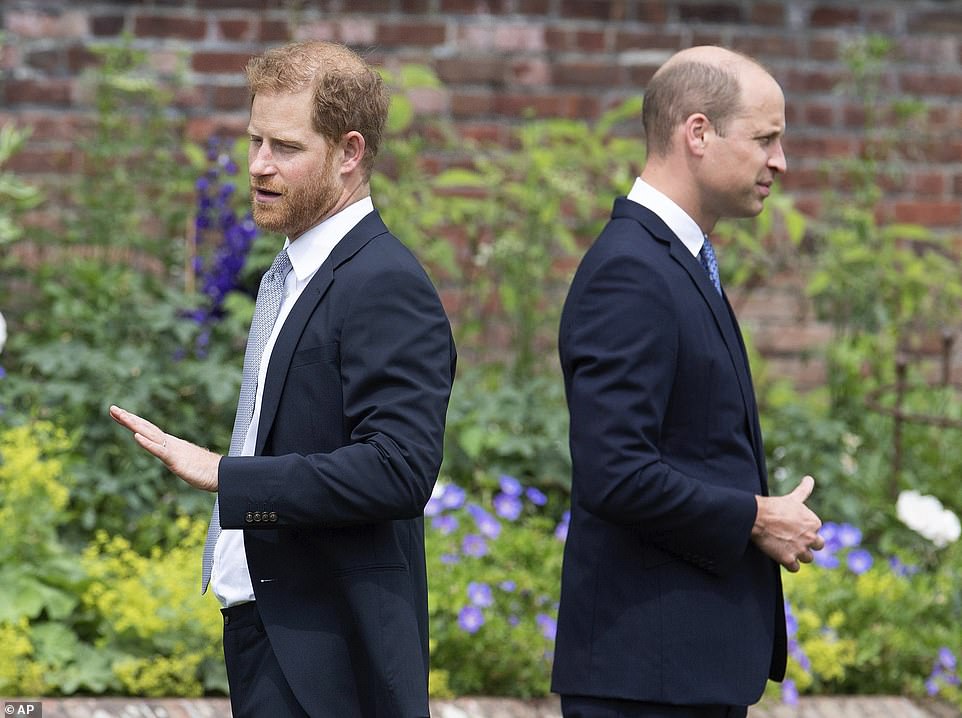 VALENTINE LOW: Prince Harry snubbed William's offer of a secret summit to heal their rift (pictured standing during the unveiling of a statue they commissioned of their mother Diana in 2021)

William and Kate's team was not happy, it seems, and saw it as a deliberate attempt to knock the couple out of the headlines. Relations between the two households became quite tense.

The documentary had also shown not only Meghan's evident pain but also how far Harry and William had drifted apart.

Asked by Bradby about the rift between him and William, Harry had chosen not to deny it, but said instead: 'We are certainly on different paths at the moment . . . As brothers, you know, you have good days, you have bad days.'

William, home after the Pakistan tour, appears to have been taken aback at such a stark portrayal of his brother and sister-in-law's unhappiness. He realised they were in crisis. 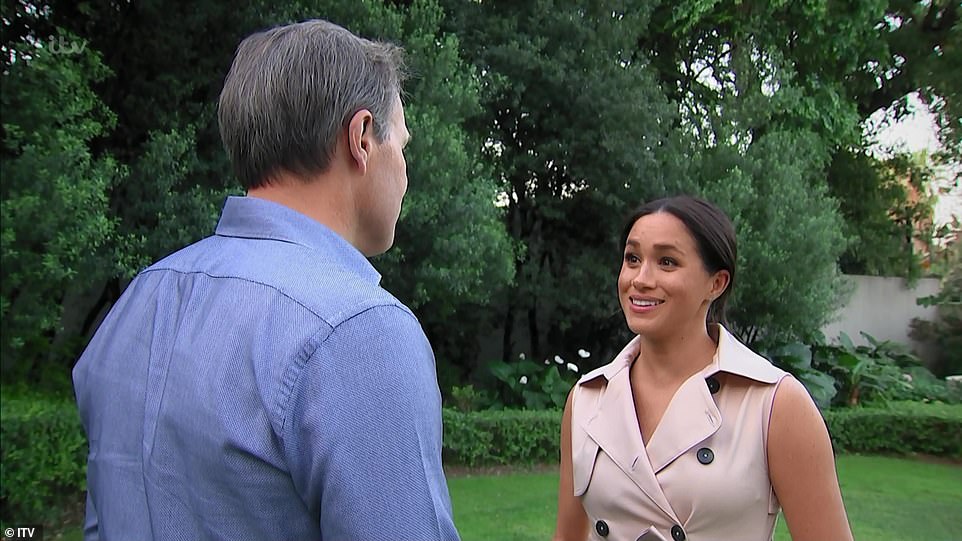 The first intimation that Meghan might be a victim — as well as a possibly rather difficult employer and sister-in-law — came in an ITV documentary. Pictured: Meghan in An African Journey with Tom Bradby

The day after the documentary aired, William WhatsApped his brother to ask if he could come and see him. This put Harry and Meghan into a spin. What should they do?

Initially, Harry was in favour. Then he spoke to his brother again, and asked him whom he would tell.

William explained that he'd have to clear his schedule, which would mean telling his private secretary. At that point, Harry told him: Don't come.

He was so concerned that William's team would leak the visit to the Press that he would rather not see his brother than risk it getting into the papers. To everyone who knew what was going on, this was heartbreaking.

It highlighted the dysfunction at the heart of so many royal relationships, and how members of the Royal Family so rarely pick up the phone to speak to each other directly. Instead, they communicate via the apparatus around them. And the result is mistrust and division.

In her interview with Oprah Winfrey in March 2021, Meghan would discuss her mental fragility at greater length. 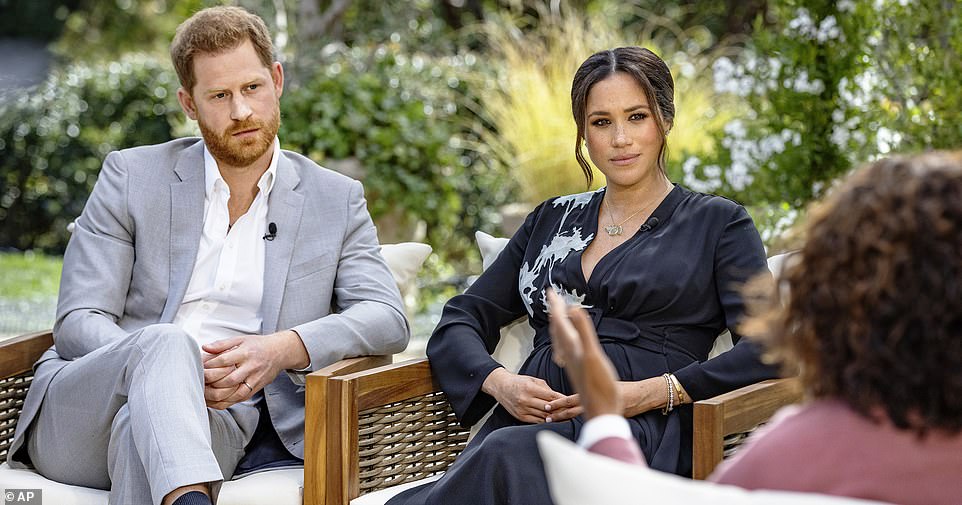 In her interview with Oprah Winfrey in March 2021, Meghan would discuss her mental fragility at greater length

She talked about the pressure she'd felt from online abuse and the critical media coverage, pressure that she once described in a podcast as 'almost unsurvivable'. Watching her talk about her pain, and describe how she did not want to live any more, is an uncomfortable experience.

Most people would think such an expression of despair could be rooted only in truth. And yet a succession of decent people, all of whom had believed in Meghan and wanted to make her position work, came to be so disillusioned that they began to suspect that even her most heartfelt pleas for help were part of a deliberate strategy that had one end in sight — her departure. Perhaps, they say, nothing the palace could do was ever going to be good enough.

'She was looking for examples of us failing her from the beginning,' believes one former staffer. 'We were having to prove that the institution would bend over backwards to make her happy.

The feeling among like-minded staff was that Meghan wanted to leave a trail of evidence behind, so that when the time came for the couple to leave the monarchy, she would be able to say: 'Look how they failed to support me. They left me with no choice but to leave.' 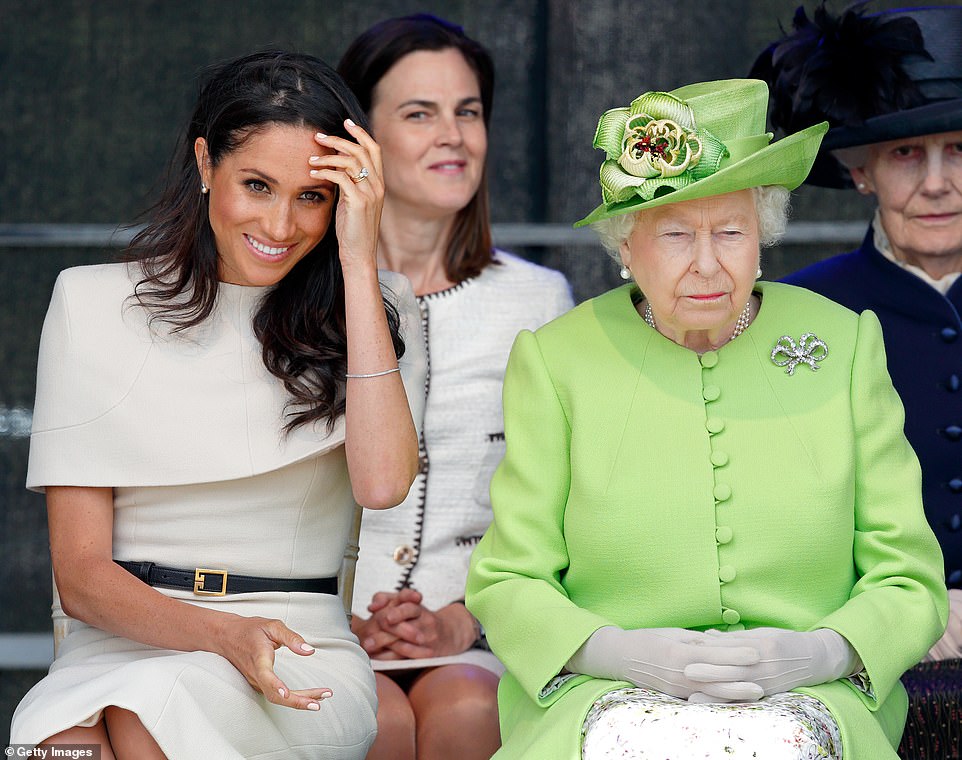 Crucially, it was the Queen who took the view that unless they were prepared to abide by the restrictions that applied to working members of the Royal Family, they couldn't be allowed to carry out part-time official duties. Meghan and The Queen are pictured in 2018

Some staff saw the problem as inextricably linked with the couple's fury about some of the press coverage, which they felt was sexist and even racist.

It also stung that Meghan had been dubbed Duchess Difficult because of the high staff turnover in their household.

As one source put it: 'The way I see it, their view of not getting institutional support was that they were not getting permission to blow up the [royal] institution's relationships with the media.'

Others suspected that, in the end, Meghan wanted to make money for herself. And the only way she could do that was by leaving behind her royal life in the UK and returning to America.

Too cynical? Perhaps. But the sad truth is that the relationships between Meghan and her advisers were in such a sorry state that this is what they genuinely believed.

Some argue that she never really wanted to be accepted by the Royal Family. That may be true.

But it's also true that if the institution had tried harder, and if she'd been more willing to adapt herself to palace life, she could have been one of the Royal Family's greatest assets. 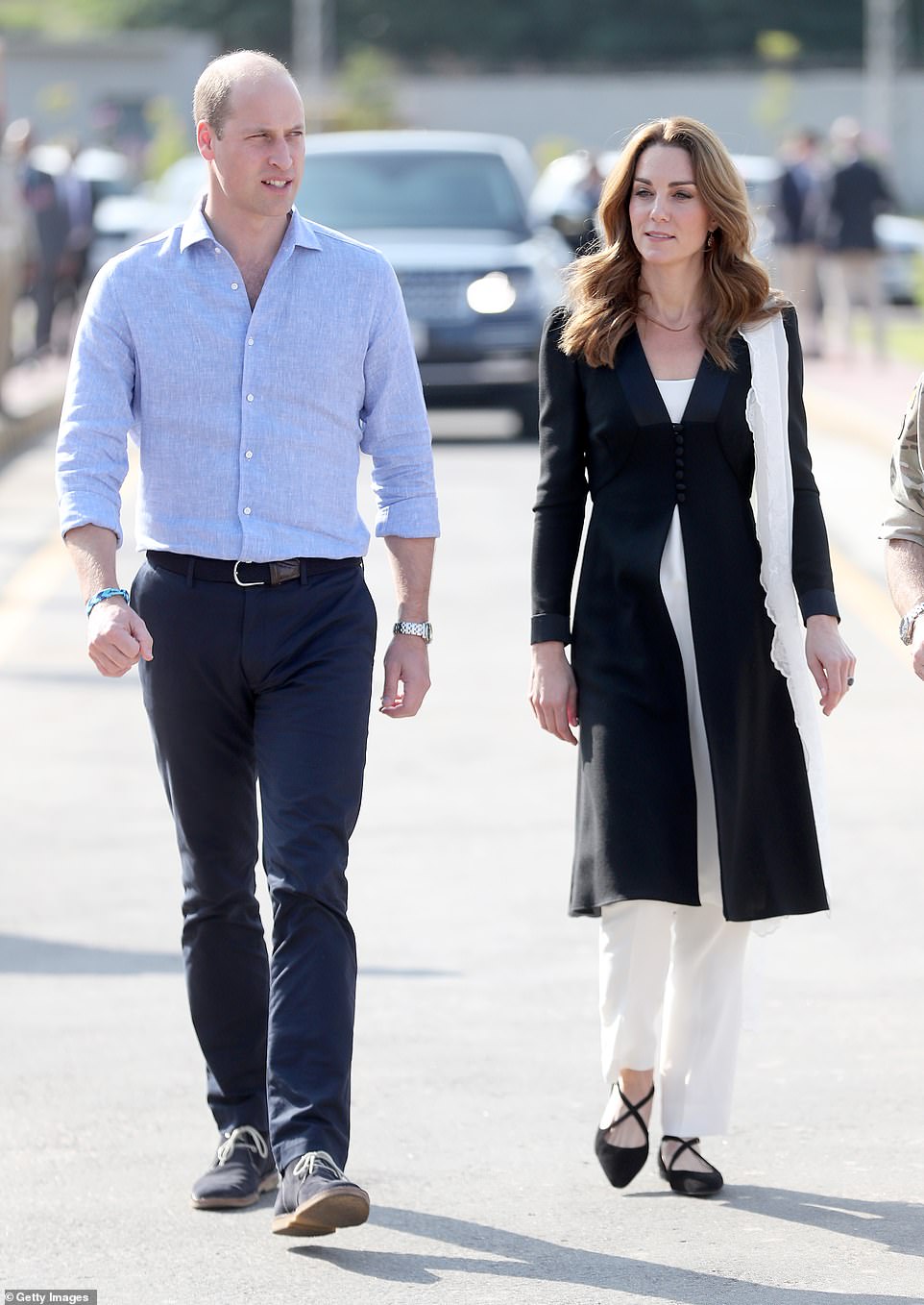 The idea that she wanted to be rejected is challenged by her lawyers, Schillings.

Instead, they say she had a 'clear desire to fit in'.

'She left her country, career and life in North America to commit herself fully to her new role and made every effort to honour that commitment.'

If the danger signs were there from the beginning, so were the warnings.

The Sussexes' private secretary Sam Cohen told two key courtiers — the private secretaries to both Prince Charles and the Queen — that if it all went wrong with Harry and Meghan, the palace needed evidence of the duty of care the institution had shown them.

The 'duty of care' was crucial: '[Sam] was a broken record with them on that,' said a source.

By the time Meghan gave her interview to Oprah Winfrey, however, the palace had lost the argument over duty of care. 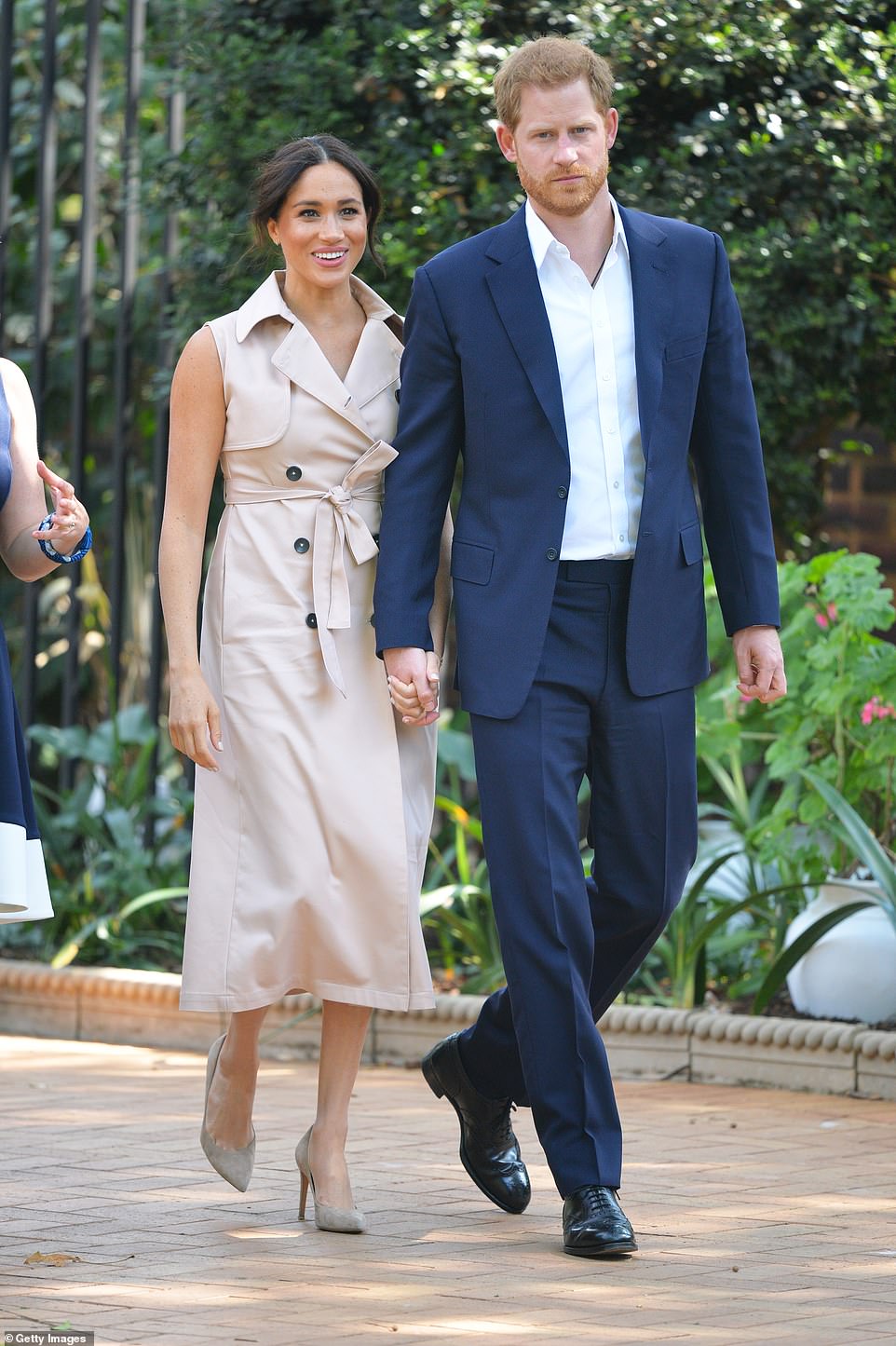 The duchess had hijacked the narrative by making it all about her mental health, which meant everything the palace had done to support the couple — including giving them a team who'd have done anything to help them succeed — was simply forgotten.

Instead, the duchess was able to point out all the times that the organisation had failed her.

One of them was when she went to the palace's head of HR in January 2019, saying she needed to get help with her mental health issues. She was given a sympathetic hearing but sent on her way, as was inevitable: HR is there to deal with employee issues, not members of the Royal Family.

Meghan would presumably have known that, so what was she doing there in the first place? Laying a trail of evidence would be the cynical answer. So desperate that she did not know where to turn would be the more charitable interpretation.

In the Oprah interview, Meghan also made the startling claim that she went to one of the 'most senior people,' saying she needed to go somewhere to get help — only to be told it wouldn't be 'good for the institution'.

It is a strange thought: would anyone really say that to a pregnant woman?

Until one hears from the other person in the room, it's difficult to know what to make of this.

However, the truth remains that Meghan appears to have been in a bad place. And Harry knew she was suffering.

Yet when Oprah asked why he didn't go to his own family to say his wife needed help, he said: 'I guess I was ashamed of admitting it to them.'

We can all understand such feelings of shame: mental health can be hard to talk about.

However, there is also something not quite right here.

Since 2016, Harry had devoted much of his energy to Heads Together, a campaign he had launched with William and Kate to try to persuade people to overcome the stigma surrounding mental health.

Years before, he'd decided to seek help himself after suffering his own mental crisis. Could he not have helped his wife do likewise?

And if he couldn't, he must have met scores of people through Heads Together who could have offered help and support. As one well-informed source said: 'He would have known exactly where to turn, who to call, what to do.'

Elsewhere in the Oprah interview, Meghan talked warmly of Julia Samuel, the psychotherapist who had been a friend of Princess Diana and remained close to Harry. She had, Meghan said, 'continued to be a friend and confidante'. Julia Samuel would also, presumably, have been an ideal person for the couple to go to for help. 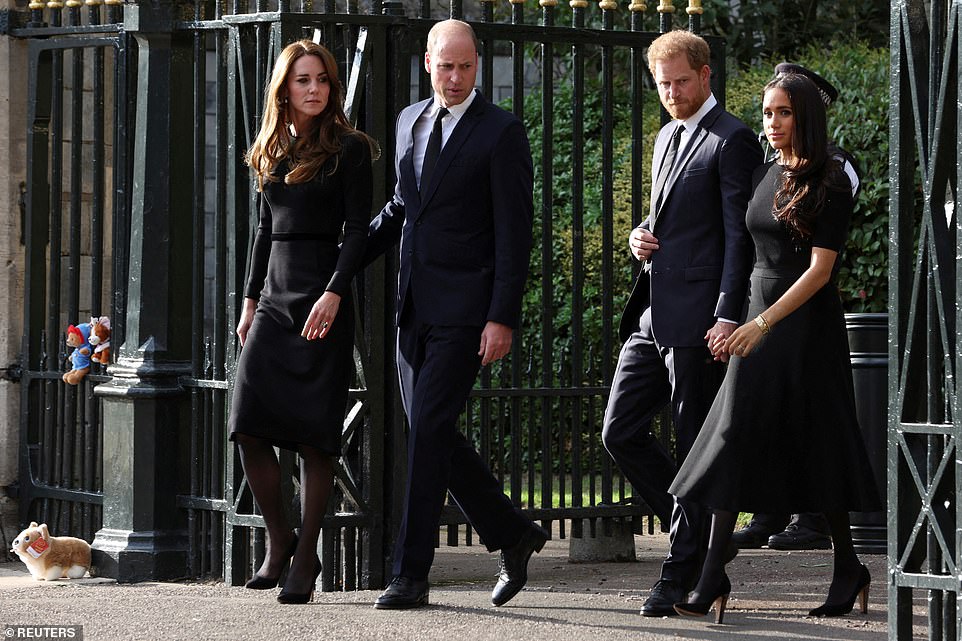 VALENTINE LOW recalls the impact of the couple's shocking TV interviews — and examines the truth behind their claims. Pictured: The 'Fab Four' on September 10

Analysing Meghan's interview with Oprah is a complicated business, because some of it simply isn't true. That doesn't mean, however, that all of it isn't true.

One of the moments that is glaringly misleading is when Meghan tells Oprah: 'When I joined that family, that was the last time . . . that I saw my passport, my driver's licence, my keys. All that gets turned over. I didn't see any of that any more.'

In the first six months of her marriage, there had been foreign holidays in Italy, Canada and Amsterdam, to say nothing of the couple's honeymoon. Then in 2019, Meghan visited Ibiza, France, Italy and New York (twice). It would have been a challenge to do all those trips without a passport.

I'm not going to go through every example in the interview of statements that are untrue, or misleading, such as her claim that they actually got married three days 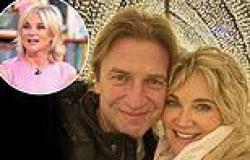 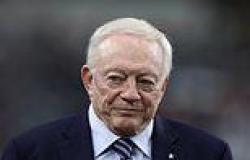 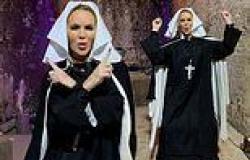 Thursday 24 November 2022 04:35 PM Amanda Holden dresses up as a nun as she dances in latest TikTok video trends now 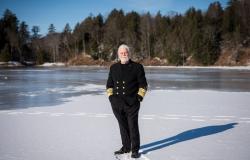