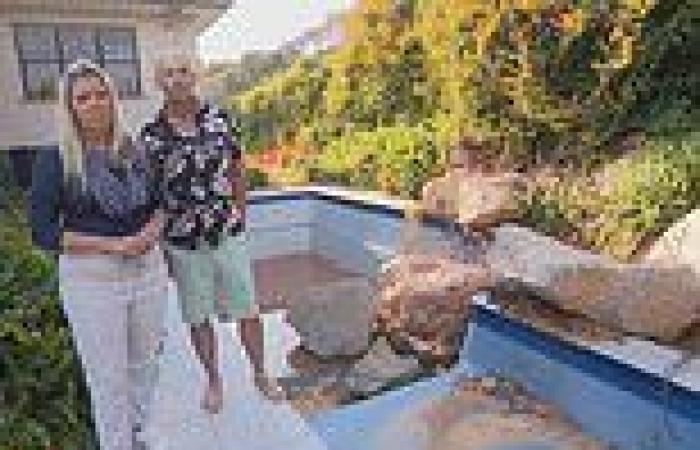 A furious Brisbane couple has revealed how they have waited seven months for help after a shared boulder wall collapsed into their pool.

Murrumba Downs resident Dave Barnham and his wife Tia said they used to have a manicured backyard and glistening pool.

However, a three-metre wall collapsed into their pool in February after the city was hit with its worst rain event in years.

Now, they are looking at quotes of $350,000 and say their backyard looks like a construction site.

It has been deemed a danger zone, but they can't fix it until a neighbour who lives above them hears from his insurance company. 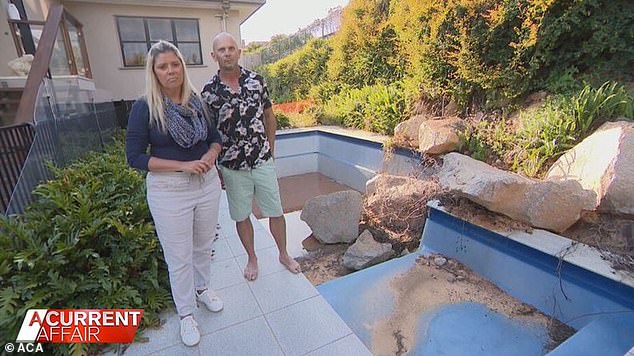 'We actually looked out the window and heard and saw it just go straight into the pool,' Mr Barnham told A Current Affair.

'Just saturated that one area until basically, it couldn't hold anymore and then the boulders just literally flew out.'

The wall is shared between two properties, but the Barnhams are bearing the brunt of the damage.

Mrs Barnham said 'patience is wearing very thin' for them.

'We're ready to sign a contract to get works going, and unfortunately we can't move forward until we know how our neighbours are going 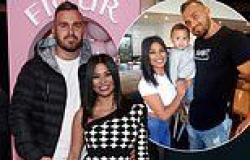 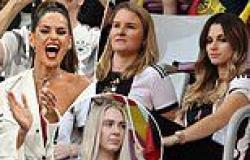 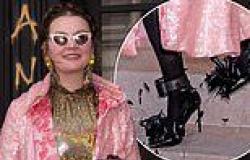