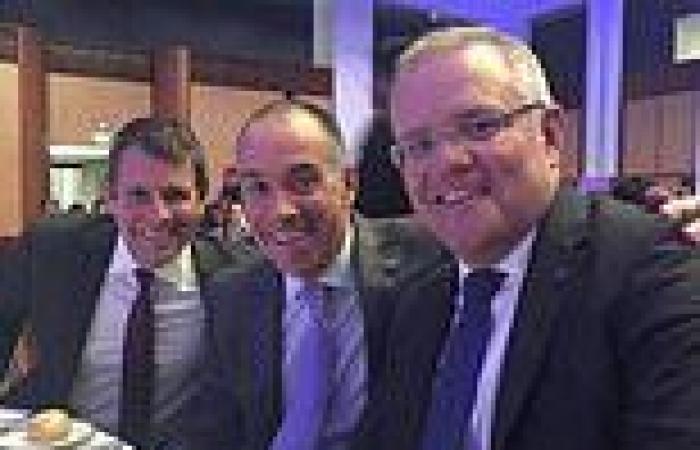 A Christian lobby group says former Essendon CEO Andrew Thorburn is the victim of a 'frightening' and 'toxic' wokeness in sport that targets Christians but has double standards when it comes to Muslims.

Mr Thorburn was forced to quit on Monday after only one day in the top job at the Essendon AFL club when he refused to stand down as chairman of a controversial church. 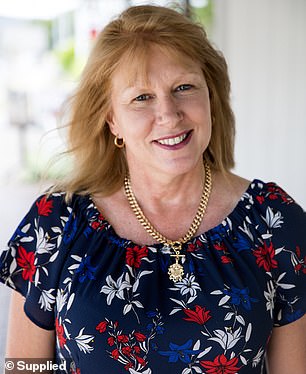 That Mr Thorburn was given this ultimatum 'is a frightening thing for every Australian', ACL spokesperson Wendy Francis told Daily Mail Australia.

'I don't think that any Australian should feel like they are outside and (afraid) of being cancelled in this day and age,' Ms Francis said.

Christians in particular are the target of a 'toxic' culture in all football codes, Mr Francis said, especially when there appeared to be less backlash over Muslim WAFL player Haneen Zreika sitting out the 'pride' round early this year.

'I think there are double standards,' Ms Francis said.

'I think we all know that there are some more equal than others and certainly Christians seem to be the ones in the target. 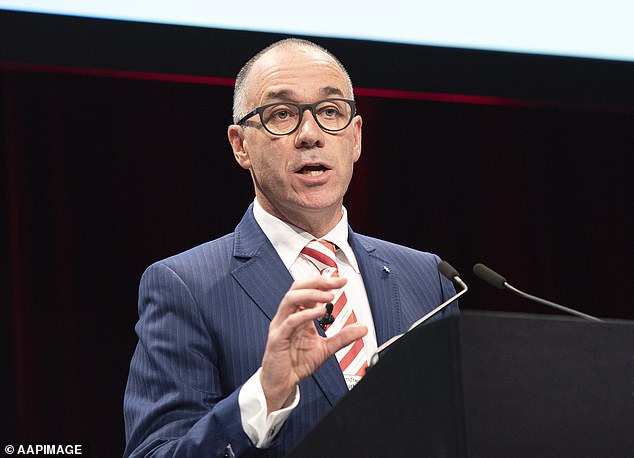 'Sport is meant be outside of politics, sport is meant to be where we can all be in this melting pot and what we are seeing is the exact opposite.

'Sport is where you have to be so careful of what you say, so aware of what is acceptable and what is not acceptable and it's a frightening thing for every Australian.' 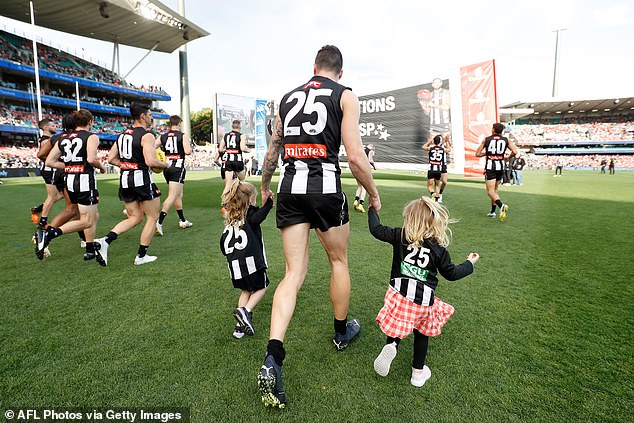 Emirates, which flies out of the conservative Muslim nation of Dubai, is one of Collingwood's sponsors

'Essendon say: 'This is not about vilifying anyone for their personal religious beliefs.',' Fordham wrote. 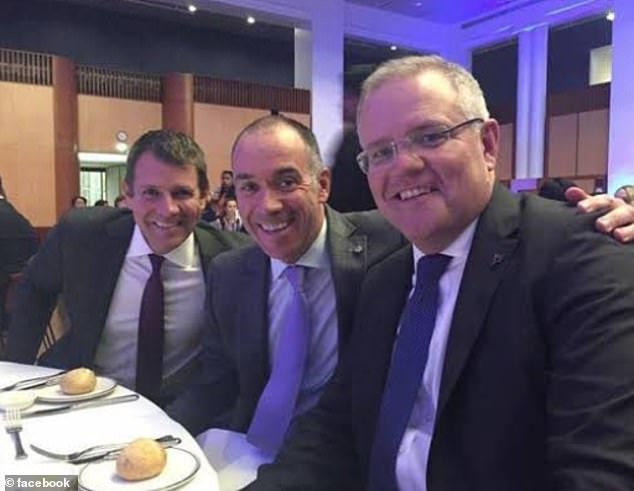 A photo has re-emerged on Twitter of Mr Thorburn (centre) with former prime minister Scott Morrison (pictured right) and former NSW premier Mike Baird (pictured left) at a parliamentary dinner for a faith forum in 2007. Mr Thorburn was NAB CEO at the time

'He's been pushed out the door - because of his religious beliefs.

'And he's been cancelled because of his Christianity.' 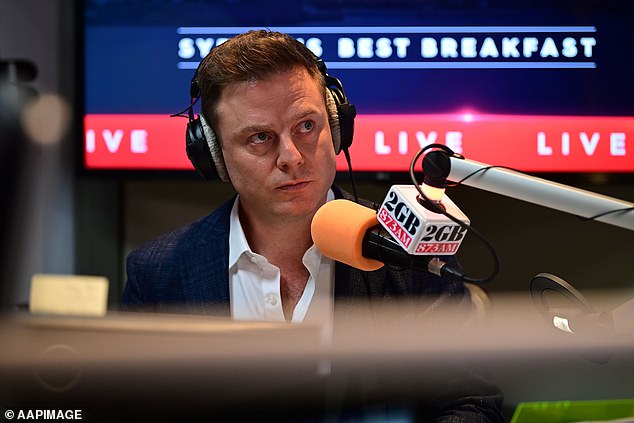 Fordham said Mr Thornburn's church does a lot of 'work for the community' by helping families and raising money for charities.

There was of agreement with Fordham's arguments in comments.

'Tell me about it. Absolutely crazy stuff happening here. This has set a precedent. If any footy club advertises for a CEO from now on, they should state that people of faith (any faith) need not apply,' one user wrote. 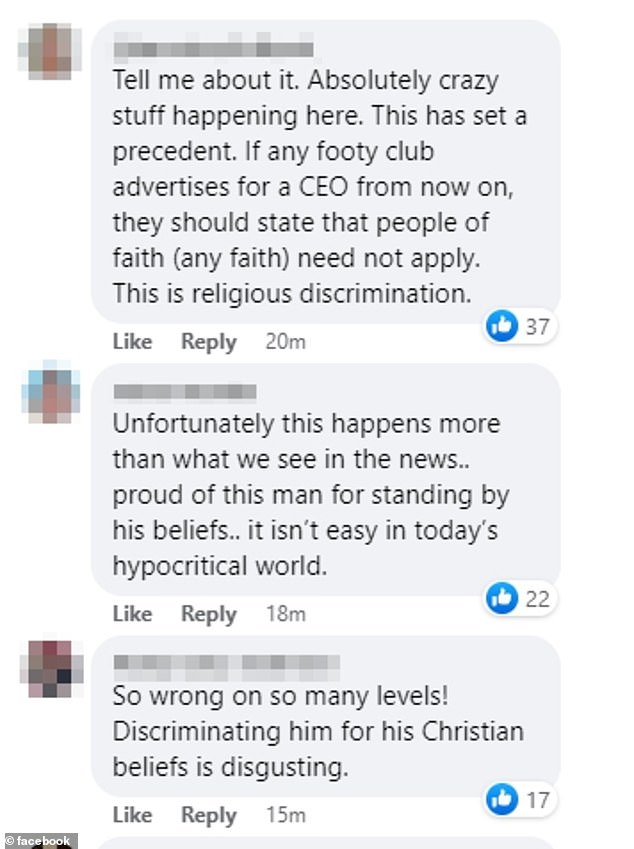 NSW MP Mark Latham added his voice to those accusing the AFL of intolerance, and especially towards Christians.

'MEMO TO THE AFL: How do you reconcile the radically different treatment of Andrew Thorburn and Bachar Houli, with the same type of religious beliefs on ‘diversity’ issues?,' Mr Latham wrote. 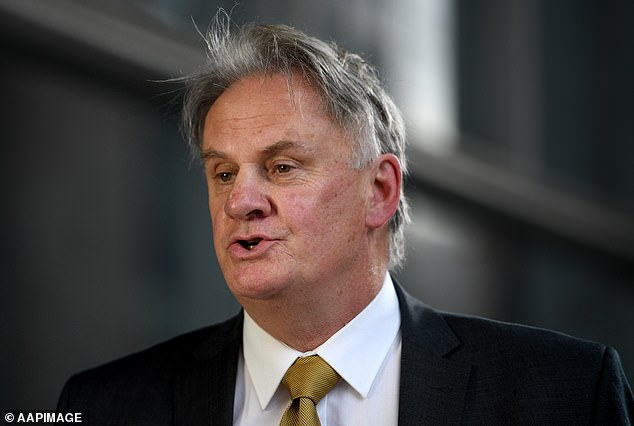 Houli is a retired Richmond player who was named Premiership Cup Ambassador by the AFL for this year's finals series.

The devout Muslim has often been featured heavily by the AFL in promoting the game as diverse.

Mr Thorburn was announced as the Bombers' successor to Xavier Campbell 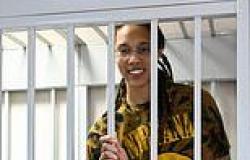 sport news Steph Curry thanks Brittney Griner for her 'sacrifice' after her release from a ... trends now 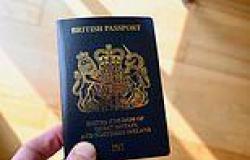 Hundreds of thousands of people impacted by passport... trends now 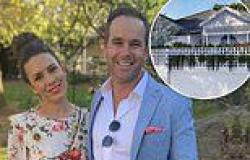 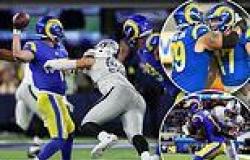