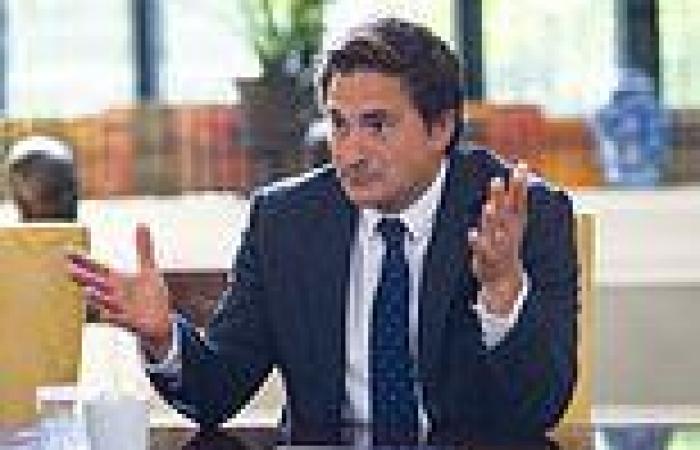 Prime Minister Liz Truss has been accused of 'urinating all over' a pledge to support Britain's retired military heroes in a blistering critique by a former veterans' minister.

Johnny Mercer hit out at the under-fire PM during a Facebook live event with his constituents in Plymouth last night, in the latest 'blue-on-blue' incident to blight the Conservative Party.

Mr Mercer, who was ditched from his role in government when Ms Truss came to power last month, also took aim some of his 'utterly delusional' Tory colleagues who put themselves forward to become the next PM.

And the retired Army officer issued a fresh demand for the UK to do more to support its veteran community as he told constituents: 'With Liz, I don’t think she knew what she was doing. I don’t think anybody understands the veterans' affairs construct in Government.'

His comments came ahead of his debut on the third episode of the Channel 4 reality TV programme, Make Me Prime Minister on Tuesday, and just hours after Ms Truss's first speech as Tory leader at the Conservative Party Conference. 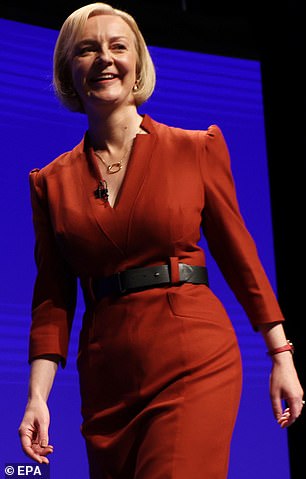 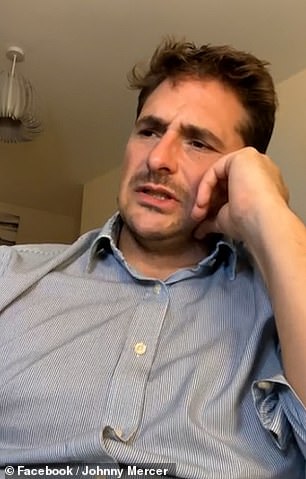 Former veterans' minister Johnny Mercer blasted Prime Minister Liz Truss during a live broadcast on his Facebook on Wednesday evening. Ms Truss is pictured at the Conservative Party Conference in Birmingham hours before on Wednesday morning 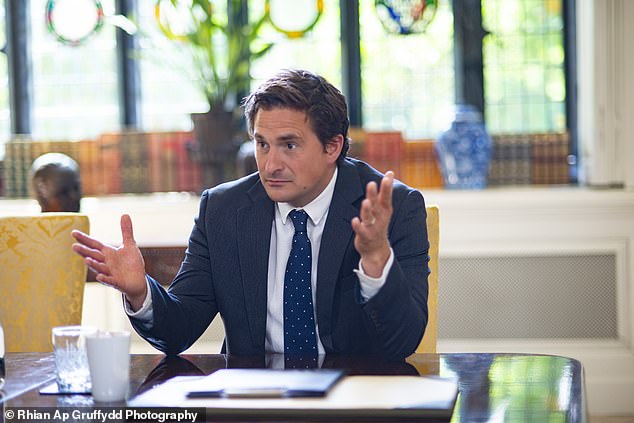 Plymouth MP's comment came ahead of his appearance on Channel 4 reality show 'Make Me Prime Minister' next week. Mr Mercer is pictured on the programme

During Mr Mercer's 55-minute live broadcast on Wednesday evening, the 41-year-old father-of-three argued that the role of veterans' minister should be promoted to a Cabinet-level position, as it was under Boris Johnson's premiership, and not a junior ministerial job.

The Plymouth Moor View MP said: 'It’s very frustrating because politicians go on about veterans all the time but actually do, they really want to understand how the system works and what it feels like to be a veteran – I'm not sure.'

He added: 'Whilst we made huge progress and I did achieve that, it wasn’t enduring. That’s the problem. I think we should continue to campaign on it. I think it is very important and it’s changed a lot of lives and I’m just very disappointed the Prime Minister choose to urinate all over it.'

Mr Mercer was appointed veterans' minister by Mr Johnson on July 28, 2019. Three months later and the UK launched its Office for Veterans' Affairs.

In an open letter to veterans and their families in July of this year, Mr Mercer said the office had 'achieved great things since its conception', with a 'bold strategy' being set out to 'improve' veteran healthcare, employment and access to digital services.

But talking last night, the Conservative MP feared this progress could be stunted and insisted the UK 'can't continue to be the only country out of our peer nations' like America, Australia and New Zealand that 'doesn't