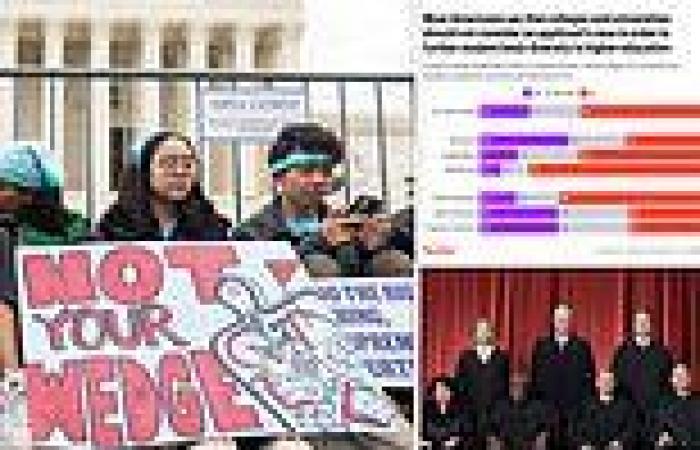 A YouGov survey found that 54 percent of adults in the US were against universities considering race as a factor in selecting applicants — even as part of efforts to boost diversity on campus.

That far outweighs the 23 percent who wanted admissions tutors to use race to guide selections, and similar numbers who were unsure. Democrats were much more supportive of affirmative action policies than were Republicans.

The Supreme Court is weighing the legality of race-conscious admissions rules in cases involving Harvard University and the University of North Carolina (UNC), which imperil affirmative action schemes nationally.

Those programs have boosted enrollment of black and Hispanic students, who have historically struggled to secure college places, but to the detriment of white and Asian American applicants, critics say. 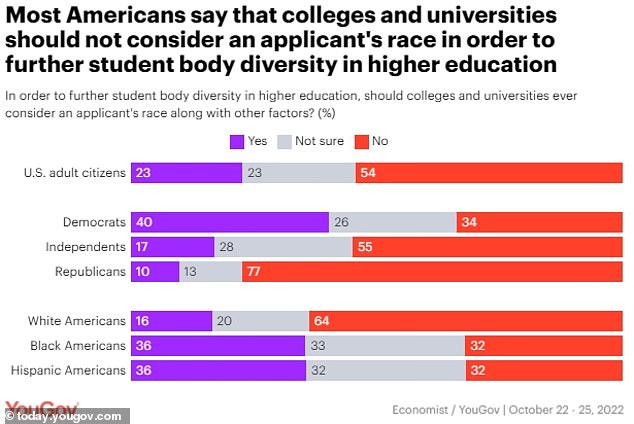 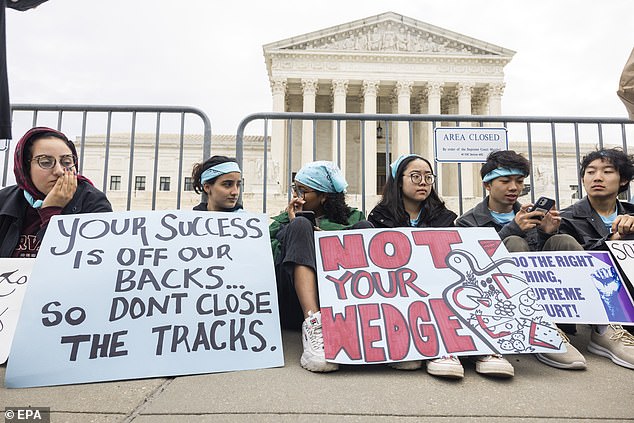 Supporters of affirmative action gathered outside the US Supreme Court as the judges heard arguments about race-conscious college admissions in Washington, DC, this week

The case follows the right-leaning court's controversial decision in June to overturn Roe v. Wade, triggering state-level laws to curtail access to abortions and protests from pro-choice and women's groups and others.

Conservative justices, who command a 6-3 majority in the chamber, voiced doubt about allowing race to be considered at all in admissions decisions by colleges and universities and said such policies should not exist forever.

'If the court overturns protections for affirmative action, that would likely be a decision that Americans would support,' YouGov said in a statement about its recent polling results.

When asked about the long-contested issue, 'most Americans say no,' it added.

In the survey of more than 1,000 US adults, nearly two thirds of white Americans said they were against affirmative action. Black and Hispanic Americans were evenly split three ways between being for, 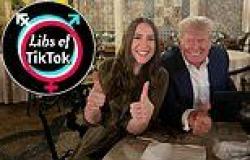 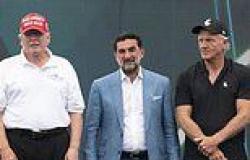