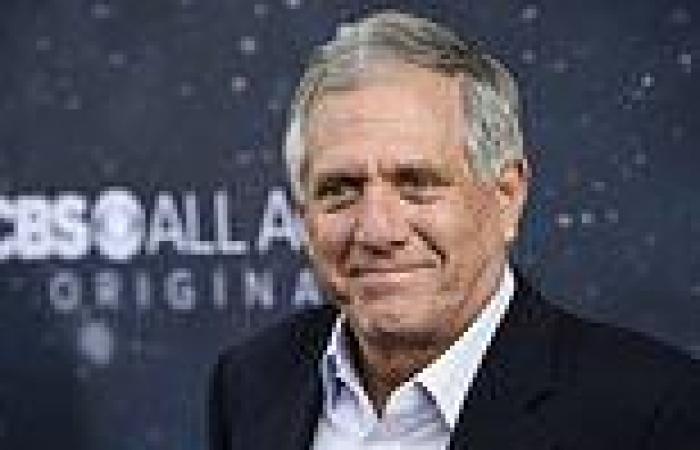 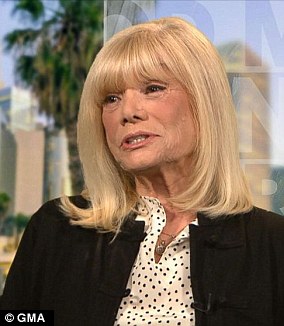 A former executive who worked with Moonves at Lorimar Television in the 1980s, Golden-Gottlieb alleges Moonves forced her to perform oral sex on him.

She told Ronan Farrow that he 'grabbed my head and he took it all the way down onto his penis, and pushed his penis into my mouth.' She also recalled how the insident made her physically sick.

In another attack, Golden-Gottlieb claims Moonves, angry over a work-related issue, threw her against a wall.

Now 82, said she made no complaint at the time because she was a single mother supporting two children.

After she rejected Moonves' advances, Golden-Gottlieb said he retaliated against her professionally, moving her to smaller and smaller offices.

'Every two days, he’d find a darker space, or a place downstairs, or something. He absolutely ruined my career,' she said.

She later left the television industry to become an elementary teacher in LA.

The executive also said she looked to pursue criminal charges with Los Angeles police in the wake of the #metoo movement. She said they found her claims credible but did not to pursue charges because the statute of limitations has expired.

The Emmy-winning writer of The Tracey Ullman Show met Moonves in the early 1980s with her sister and producing partner Julie Kirgo to discuss a television deal. After a productive meeting, the women were confident they had a deal.

When Dinah got home, she received a call from Moonves asking her to dinner. She said she and her sister would be happy to oblige, to which he allegedly replied, 'No, just you and me. You're very expensive, and I need to know you're worth it.'

Kirgo claims she declined the offer and said, 'Well, Leslie, I don't think your wife would appreciate us having that kind of dinner.' She claims Moonves then hung up and never contacted her again.

Later on, her agents began to hear reports she was difficult to work with, a claim no one had said before and, she suggested, could have been spread by Moonves as revenge for turning him down.

In 1984, when she was an assistant, and he was a vice-president at Twentieth Century Fox, Moonves had propositioned her, offering to help her career.

The two had consensual sexual encounters in his office over the course of about a month, she says.

But when the pair met up again Silverthorn thought she was meeting Moonves on a professional basis.

As soon as she entered his office, Silverthorn alleges Moonves shut the door to his office, took several swigs of coffee, grabbed her, and pulled her up from the chair where she was seated.

'He kissed me while we were standing up. Coffee was on his breath,' she recalled. 'And then he just pulled his penis out' and moved it towards her hand.

After the episode, Moonves told her the studio didn't have any opportunities for her, she claims.

'It was unwelcome, it was unwanted,' she said. '[Despite the encounters six years earlier, I was there for a legitimate business meeting at nine o'clock.'

But it wasn't just women working in the entertainment business who were allegedly assaulted but in the hospitality industry as well.

In the spring of 1985, Jones was trying to get into the industry as a writer, so was delighted when producer Mike Marvin helped arrange a meeting between her and Moonves, then vice-president of Twentieth-Century Fox.

Jones was surprised when Moonves offered her a glass of wine before her pitch, so she declined and sat down on the couch. But then, she told the New Yorker, 'he came around the corner of the table and threw himself on top of me. It was very fast.'

Moonves, she alleged, started kissing her and when she struggled shouted, 'What do you think you are doing?' He then remembered him saying: 'Well, I was hitting on you. I wanted a kiss.' As she left he called out to her to 'calm down'.

Reaching the door, she realized it was locked. 'If you don't open this door,' she told him, 'I am going to scream so loud and so long that everyone on the lot is going to come over.'

Moonves, she then said, walked to his desk to unlock the door, rather than do it directly. Jones said that made her upset as she realized he had prepared for such a situation.

After telling several people about the meeting, Jones claims Moonves phoned her and threatened her to stay quiet about what happened or he would 'ruin your career'.

Morris was a junior executive working at Lorimar in the 1980s.

She went over to Moonves' office to discuss various projects where she was offered a glass of wine which she felt unable to refuse.

Moonves continued his advances over several months, she claims. She told the magazine how one night the pair were in his Porsche when he suddenly grabbed her and tried to kiss her.

Morris ended up pulling away and hitting Moonves. She got out of the car and ran.

After the encounter Moonves refused to speak to her, and she was frozen out of meetings at Lorimar, she alleged. 'I was hung out to dry,' she said. 'And that was pretty much the end of my career. I wasn't going to get a reference.'

When Morris contemplated filing a formal complaint without naming names, she said she was discouraged by the company's legal and human resources departments.

'Who's going to believe you? You're no one,' she recalled her contact in the legal department saying.

'His statement was incredible. Absolutely incredible. It made me sick,' she told me. 'He's cunning. He's calculating. And he's a predator.'

A leading actress who played a policewoman in a popular CBS programme also came forward to tell her story, but refused to give her name out of fear of reprisals.

Moonves invited her out for lunch in the late 1980s at the height of her show's popularity. She had known Moonves for years, and at the time he was working for a production company called Lorimar.

At the lunch, Moonves told the actress he had a crush on her but had not said so before because she had been in a relationship. She thanked him for the lunch but declined his advances.

When Moonves had become CBS president in 1995, she phoned up to congratulate him. 'You should have f**** me when I asked you too,' he told her. Taking it as a joke, the actress replied, 'No s***!' and they both laughed.

However, shortly afterwards the actress was informed her series deal with CBS had been cancelled. Shocked, she called Moonves and they met in his office. There, Moonves explained he had let her go because he was targeting younger talent, but repeated again that he was 'attracted to her', she says.

After the actress said she was going to leave, Moonves told her to sit down. She did, then fidgeted with the food on her plate until she made an excuse to leave and stood up to go.

Then, she claims, 'I walked over and leaned to give him a kiss on the cheek' but Moonves forcibly kissed her and 'shoved his tongue down my throat'. Sickened, she left the room in tears and never worked for CBS again.

A former child star who only wanted to be identified by her first name met Moonves in 1992 after a friend said he could help her get back into television. The three sat down to a dinner, which began by Moonves asking questions about her acting career.

When her friend left to use the bathroom, she claims Moonves turned to her and said, 'Let's go. Let's just get a hotel room. Let's just do this.' She was shocked and explained she had a husband and a child, after which Moonves got angry and left. CBS said Moonves had no record of the meeting.

Responding to the above six stories, Moonves told the New Yorker: 'Throughout my time at CBS, we have promoted a culture of respect and opportunity for all employees, and have consistently found success elevating women to top executive positions across our company.

'I recognize that there were times decades ago when I may have made some women uncomfortable by making advances. Those were mistakes, and I regret them immensely.

'But I always understood and respected—and abided by the principle—that "no" means "no," and I have never misused my position to harm or hinder anyone's career.

'This is a time when we all are appropriately focused on how we help improve our society, and we at CBS are committed to being part of

PREV Brits bosses consider bringing back Best Female category after no women were ... trends now
NEXT "Last week was all about the Duke of Sussex. This week, it’s the royal ... 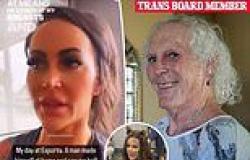 Mom slams gym who allowed trans woman who 'stared at her breasts' to use female ... trends now