Monday 21 November 2022 01:26 PM Horror in Hollywood Hills after mountain lion kills a pet Chihuahua out on a ... trends now 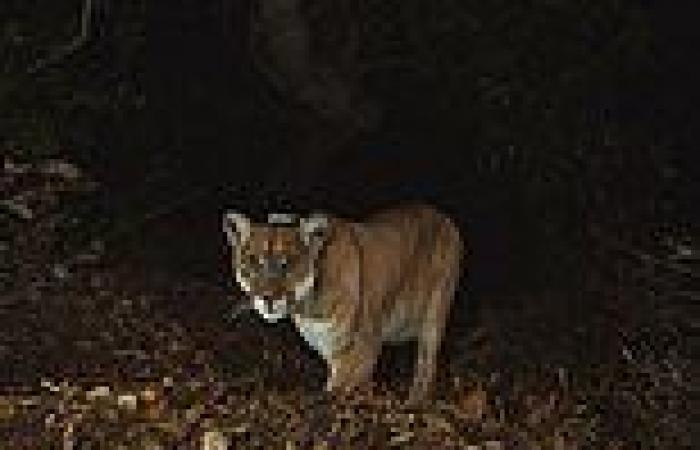 Monday 21 November 2022 01:26 PM Horror in Hollywood Hills after mountain lion kills a pet Chihuahua out on a ... trends now

Horror in Hollywood Hills after infamous mountain lion kills a pet Chihuahua out on a walk with shocked dog walker years after it snuck into Los Angeles zoo and killed a koala Big cat, named P-22 after his GPS collar, tore the chihuahua away from its walker The shocked walker said the dog squealed but the attack was over in seconds P-22 is notorious for stalking urban areas and previously killed a koala at LA zoo A 2016 study found 52 per cent of mountain lions ate dogs, cats and household pets in California

By David Averre For Dailymail.Com

A mountain lion renowned for killing a koala at Los Angeles Zoo six years ago has now ripped apart the chihuahua of a Hollywood Hills resident as it was out on a walk.

The big cat, referred to as P-22 in line with the designation of his GPS collar, is notorious in the Griffith Park-Silver Lake-Hollywood area of Los Angeles for frequenting residential areas.

But earlier this month, the puma earned yet more notoriety when it set upon a chihuahua named Piper near the Hollywood Reservoir at Creston and Durand Drives, clamping down on the mutt and tearing it away from its horrified walker.

'I felt the tug and I heard Piper squeal,' the dogwalker told KTLA. 'I turn around and I just saw a face. I didn't know what it was.

'It was like a two- or three-second struggle... He didn't growl at all. I didn't even hear him. I never had a chance.'

Daniel Jimenez, Piper's owner, was celebrating his daughter's birthday when he received a text from the walker which read: 'The mountain lion attacked and took away your dog. Killed your dog.'

'We thought it was a joke, but it turned out it was real and we were just shocked,' said Jimenez, who said he was 'devastated' by the loss.