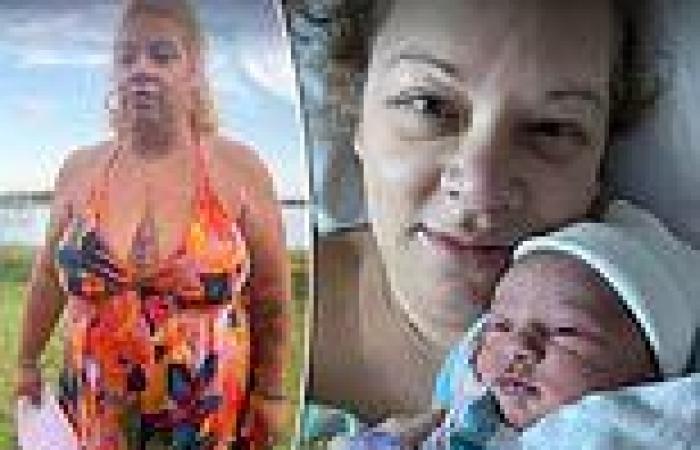 A North Carolina woman gave birth to a full-term baby just hours after finding out she was pregnant.

Erin O’Malley, 43, of Charlotte, had long since given up on becoming pregnant, despite always hearing that she was 'meant to be a mom,' after suffering two miscarriages and losing her husband in 2010.

O'Malley had thought she had gone into early menopause, like many of the women of her family, and excused her sore breasts as a symptom of it. She had also lost weight after self-diagnosing herself with a stomach hernia that would make her stomach swell and her bellybutton pop after suffering an allergy and asthma-related coughing fit.

However, unbeknownst to her, she may have been suffering an umbilical hernia, which her mother Karen Mengering and her other sisters all suffered from while pregnant. 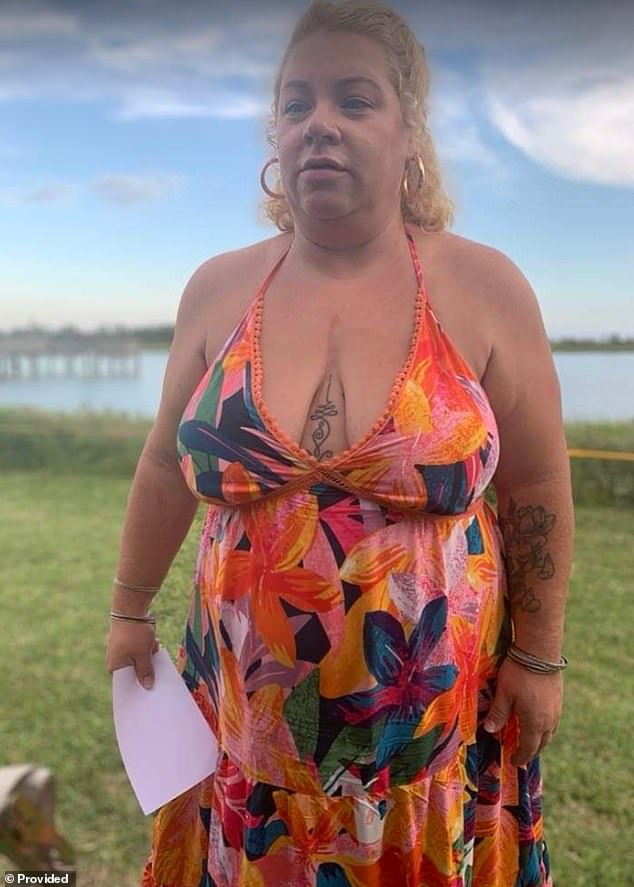 Erin O’Malley, 43, of Charlotte, had long since given up on becoming pregnant despite always hearing that she was 'meant to be a mom' after suffering two miscarriages and losing her husband in 2010 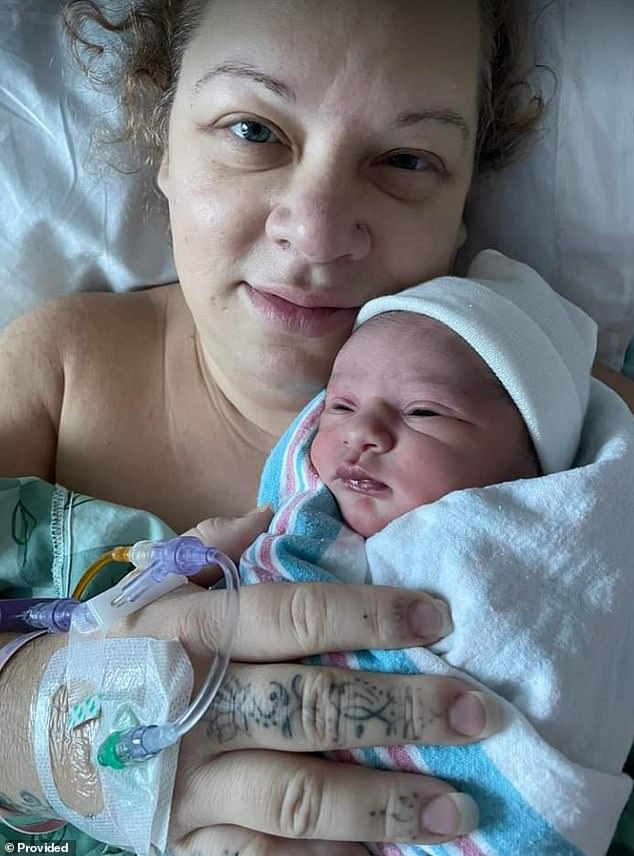 On October 13, she gave birth to her daughter Lennox 'Lenni' Mae after unknowingly being pregnant for nine months

'I wasn’t really eating very much. I could only eat just a little bit at a time, because my stomach would swell,' she told the Observer.

By September, she went to a local free medical clinic to get help with her stomach issues, as she didn't have insurance, only to be referred to a gynecologist who then referred her to Novant Health Matthews Medical Center for a CT scan and an ultrasound to test for cancer.

No doctor tested the 43-year-old for pregnancy.

When O'Malley showed up on October 12 for her follow-up appointment at 11am, her sister Amber stayed in the car, thinking the visit wouldn't last long. Little did she - or O'Malley - know that they'd be called up to the labor and delivery ward.

Instead of pushing a cart through Hobby Lobby, like they planned, O'Malley would be delivering a baby.

The new mom said hospital staff immediately left after taking a scouting image during her appointment and she worried they had found cancerous tumors.

'I started to fall asleep. Then finally everybody came back in and he’s like: "Ms. O’Malley, um - we found something on your scouting image." Immediately, my heart sunk,' she told the Observer.

'There’s a baby in there,' her doctor told her.

As O'Malley stared at her doctor in