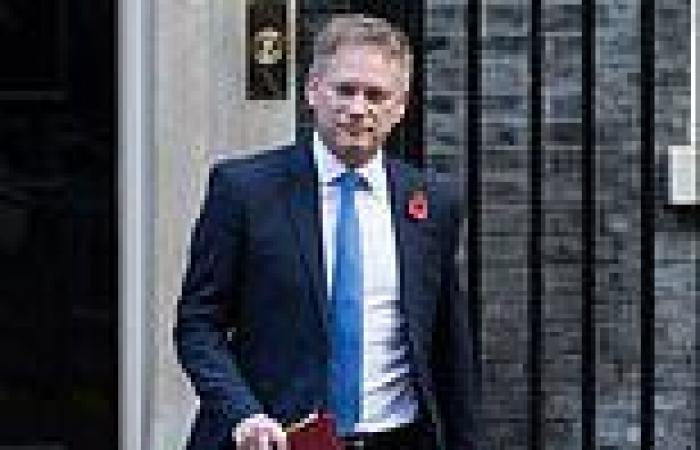 National Grid today called off a plan to activate an emergency initiative to pay consumers to use less energy at peak times to help ration energy supplies.

The utility company had said it would announce today whether it would begin the first ever live run of its Demand Flexibility Service from tomorrow. An update on its website at 2.30pm said: 'There is no longer considered to be a requirement for the service.'

The scheme - which is only available to those with smart meters whose supplier has signed up - is designed to avoid blackouts by rewarding people for cutting demand down at peak times. British Gas and E.ON have joined alongside smaller providers, but it has never gone live. 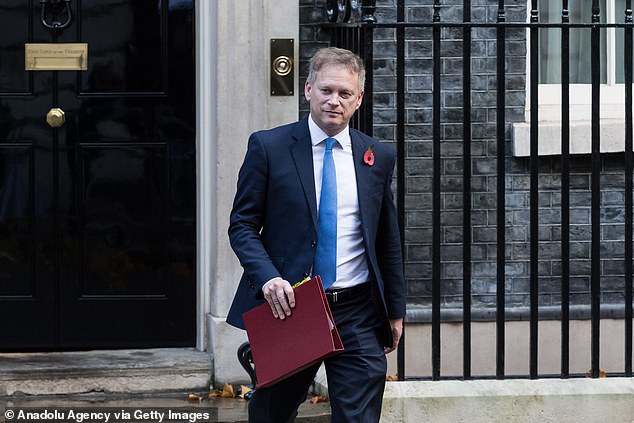 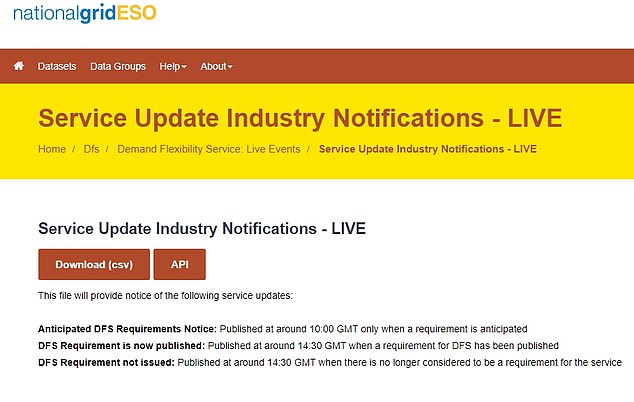 The utility company had said it would announce at 2.30pm today whether it would begin the first ever live run of its Demand Flexibility Service from tomorrow. An update on its website said: 'There is no longer considered to be a requirement for the service'

It comes as forecasts projected a large drop in the amount of power that Britain will be able to import from France.

It will mean that the difference between the amount of electricity available for households and businesses and the amount they will use during peak times will be tight.

The scheme would have worked by asking households to reduce the amount of electricity they use at certain times - and promises to pay them for any reductions they make.

It has already been tested twice, but has never before run live.

What is the Demand Flexibility Service and how does it work?

National Grid has warned that there could be blackouts this winter if gas power plants are not able to keep running due to the energy crisis.

The electricity systems operator said it is still unlikely but winter could see the first planned blackouts, which the grid calls rota load shedding, since the 1970s.

To try to avoid this happening they introduced the Demand Flexibility Service.

In jargon it means domestic users, plus some businesses, will be 'incentivised for voluntarily flexing the time when they use their electricity'.

In English, this means paying them to run power-guzzling appliances and machinery outside peak times, so the lights don't go out.

Most demand happens during peak hours of between around 4pm and 7pm when people get home from work, put the kettle on, switch on their ovens and sit down to watch TV.

The scheme gives money to people who simply use less power at this time. The overall amount of electricity that people use does not have to reduce if they just change their usage to other times of the day.

For instance, electric cars could be unplugged during these hours, switching the dishwasher on could wait until 9pm and you could put the washing machine on earlier in the day or during the weekend.

To qualify households have to have a smart meter. The request to use less power comes via their provider.

Engineers working on the energy grid need to make sure it is 'balanced' at all times.

This means that the amount of electricity being put into the grid by power plants, wind farms and others should match the amount being taken out by households and businesses at any given time.

The grid plans for when it thinks demand can be high so it can ask generators to meet that demand.

Britain has one of the most reliable power networks in the world and unless cables are cut by storms or other accidents outages are rare.

But problems with France's nuclear reactor fleet and a spike in demand caused by the first real cold snap of autumn means there is a pinch.

If it's used in future, households could receive payments of up to £20-a-day if they don't use washing machines, tumble dryers, dishwashers and even games consoles between 4pm and 7pm.

Consumers will be asked on 12 occasions to use less energy at peak times likely to be either 4pm until 7pm or 2pm until 9pm over then next five months. There may also be a test 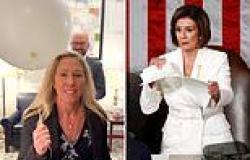 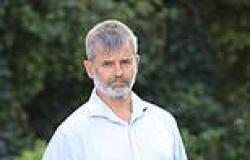 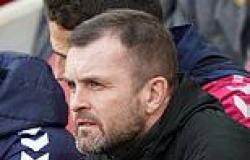 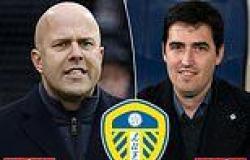