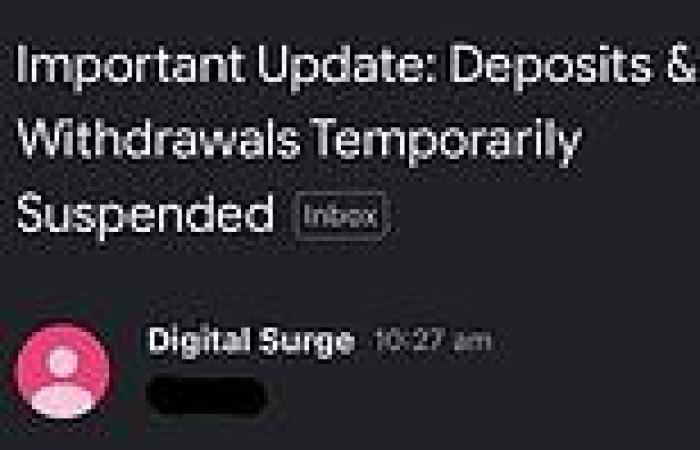 Brisbane-based firm Digital Surge said in an email to customers last week they were suspending all deposits and withdrawals because of some 'limited' exposure to the disgraced firm.

'Digital surge has always held a reserve of 1:1 for all user deposits, however, due to our exposure to FTX Trading Limited, the exact reserve position is now unknown,' the business said.

The exchange said the pause was being put in place 'as a precaution' while working towards a solution and they were exploring all options 'including a contingency plan in case we are unable to recover assets'.

But Aussie investors who bought in during the height of the crypto craze are now growing increasingly 'scared' they could lose everything.

Self employed couple Sharon and Alan Saul, both in their 60s are staring down the prospect of losing $50,000 - about one quarter of their superannuation. 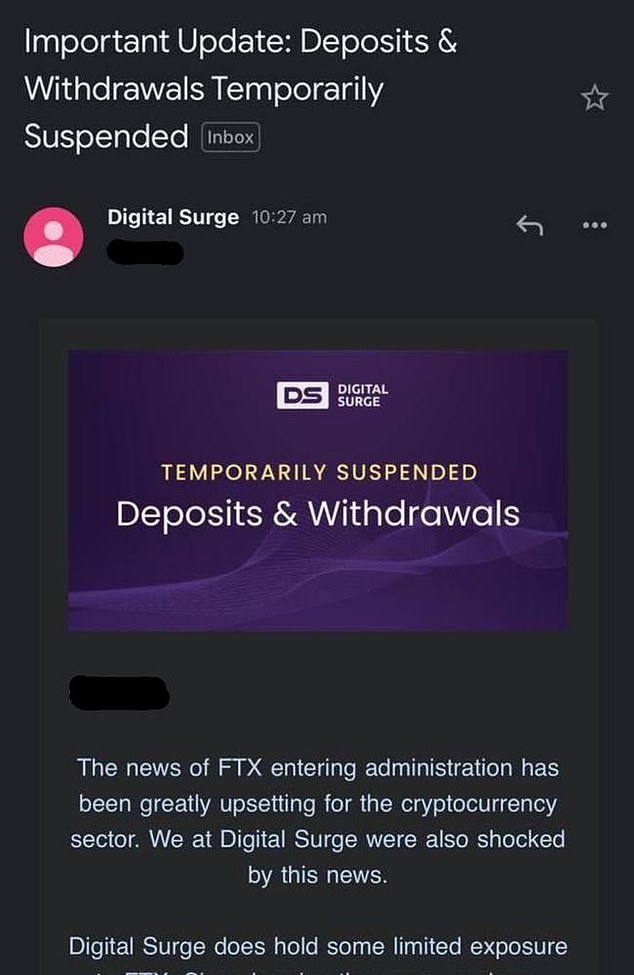 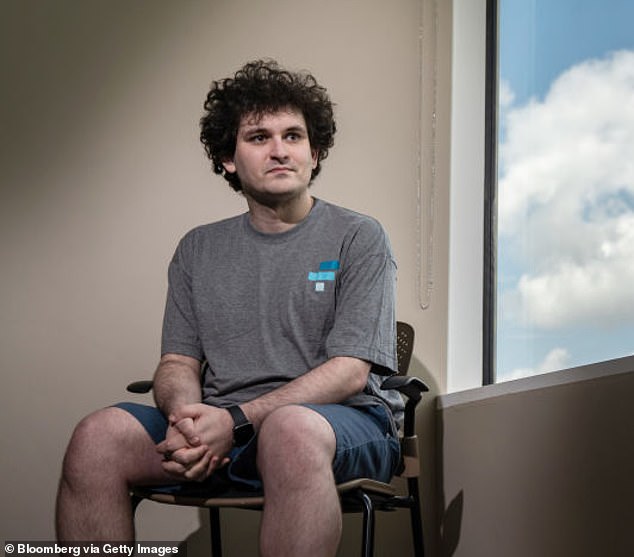 In a letter, first published by CoinDesk, former CEO of the imploded FTX crypto exchange Sam Bankman-Fried (pictured) wrote in part: 'I didn't mean for any of this to happen'

'What happens now? What are we going to do with our money?' Sharon told ABC News.

'I am really worried about what's going to happen next.'

Digital Surge stores part of their cryptocurrency holdings with other trading platforms - including FTX, whose collapse has resulted in those assets being inaccessible.

The dollar amount Digital Surge has tied up with the failed exchange has not been revealed.

'We are reaching out to the US advisors for the FTX Group and will update customers as the situation continues to develop,' it said.

Other firms have made similar announcements in the wake of the FTX saga, including Singapore based ByBit and London-based crypto market maker Wintermute.

FTX, founded by Sam Bankman-Fried, filed for Chapter 11 bankruptcy on November 11 and the exchange is now under the control of an externally appointed CEO who blasted the company's 'complete failure of corporate controls'.

As many as 30,000 Australians had 'significant' funds invested with FTX which they can no longer access.

KordaMentha have been appointed administrators of FTX's Australian business. 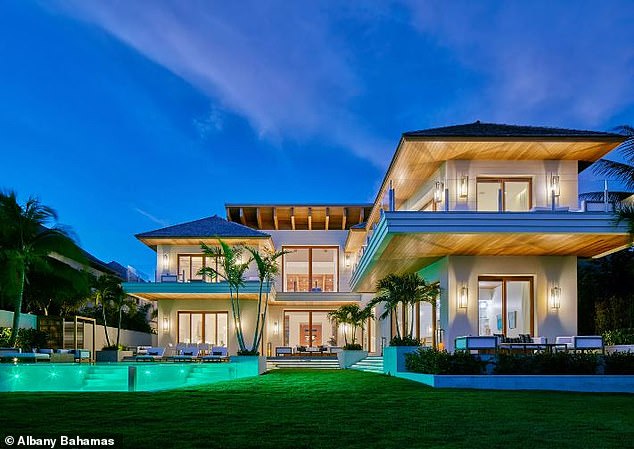 The Albany Bahamas Resort community, the location of several FTX employees' homes, has been described as 'the ultimate in luxury waterfront living in the Caribbean' by listing agents

'Crypto exchange businesses are not regulated by ASIC and crypto assets are largely unregulated in Australia,' it said.

'ASIC is very concerned that Australians who invested in crypto may not have fully understood the risks and may have lost money in this year's collapse in valuations.

In a letter sent Tuesday, and first published by CoinDesk, former FTX CEO Sam Bankman-Fried wrote that he was 'sorry.

'I didn't mean for any of this to happen, and I would give anything to be able to go back and do things over again. You were my family.'

His apology comes as the CEO faces a possible US Government investigation over allegations that he used FTX customer's money to fund investment bets with Alameda Research, a sister company and trading firm run by his one-time girlfriend Caroline Ellison. 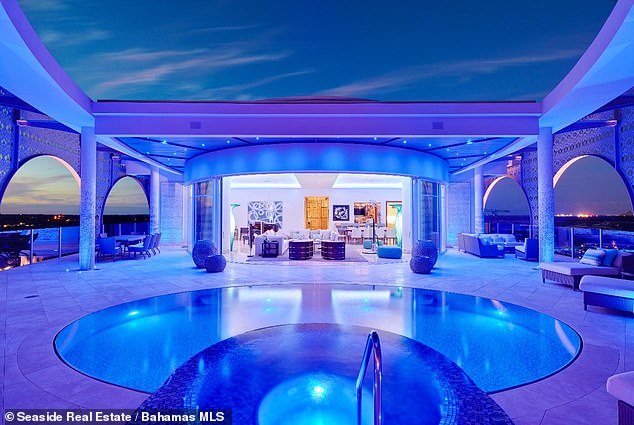 With 7,500 square feet, five bedrooms, 7.5 bathrooms and a pool directly in front of the master suite, it is the jewel in one of the highly secure community's landmark buildings, The Orchid

His team of 10 close friends ran a glorified frat house out of his $40 million home in the affluent Albany district in the Bahamas, alleges the New York Post.

A local resident told the Post: 'They would walk around in sweats and T-shirts. That was not the Albany lifestyle that residents there signed up for. The typical dress was Ralph Lauren sport jackets. Sam and his group did not seem to fit the part.'

The Post article details SBF and his staff pulling all-nighters while simultaneously partying and working.

Another source told the Post that during a crypto conference in the Bahamas in April: '[FTX Staff] were staying up all night and smelling like they hadn't showered in weeks.'

Boutique bistro Cocoplum, just yards from FTX's headquarters, told Fox News that Bankman-Fried spent $2,500 a day there on takeout deliveries, adding that he would spend an additional $7,500 a day elsewhere at other restaurants. 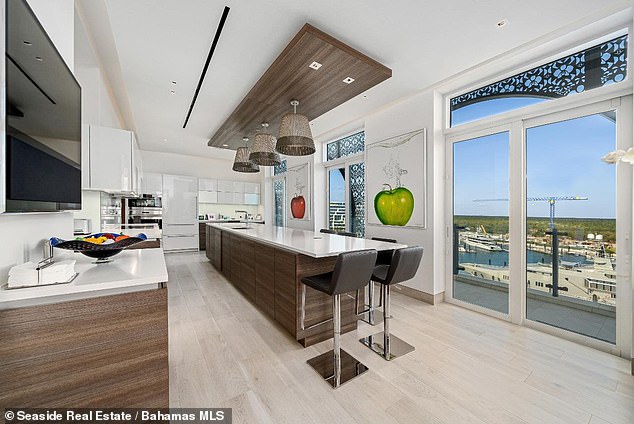 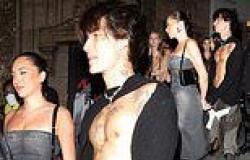 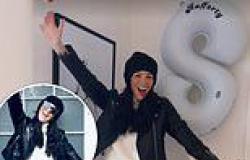 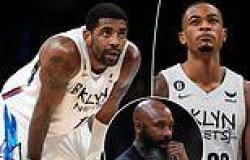 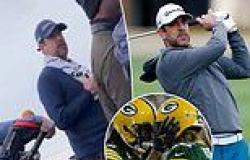