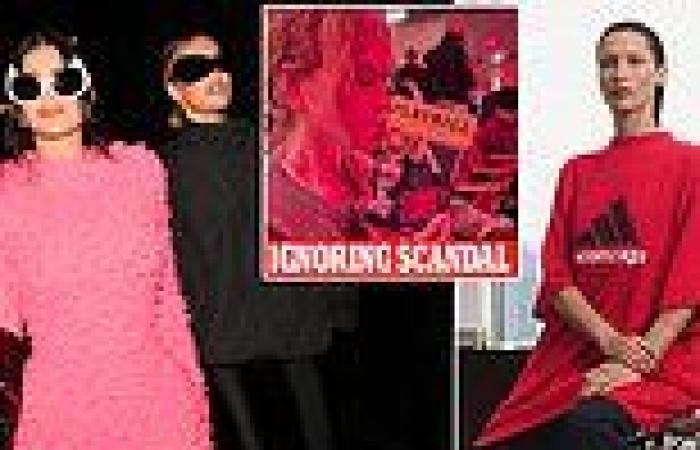 There is mounting fury over the silence of Hollywood's liberal elite over the multiple child imagery scandals enveloping Balenciaga.

Among those who are yet to condemn the fashion house are models and brand ambassadors Bella Hadid and Nicole Kidman, who both starred in the controversial Spring '23 campaign that has now been pulled from the company's website and is the source of hot debate in the fashion world.

They are also yet to address a prominently placed book in another image, which celebrates the work of Michael Borremans - an artist whose work includes sadistic depictions of naked, castrated toddlers.

Kim Kardashian, the brand's biggest ambassador and not coincidentally one of the most famous women in the world, said she is 're-evaluating' her relationship with the fashion house in light of the scandal, but she stopped short of distancing herself from the brand for good. 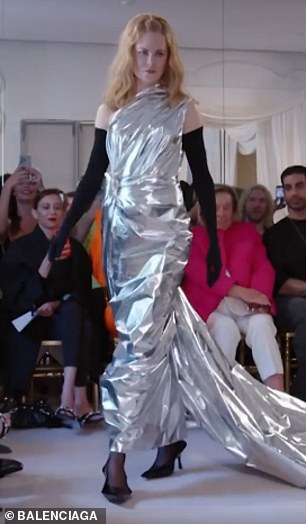 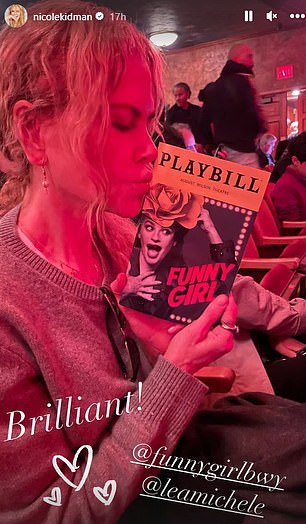 Nicole Kidman, shown left walking in Balenciaga's show in Paris last month, is yet to address the controversy. Last night, she attended the theater in New York and uploaded a photo from the performance on Instagram (right), ignoring questions from fans about the scandal 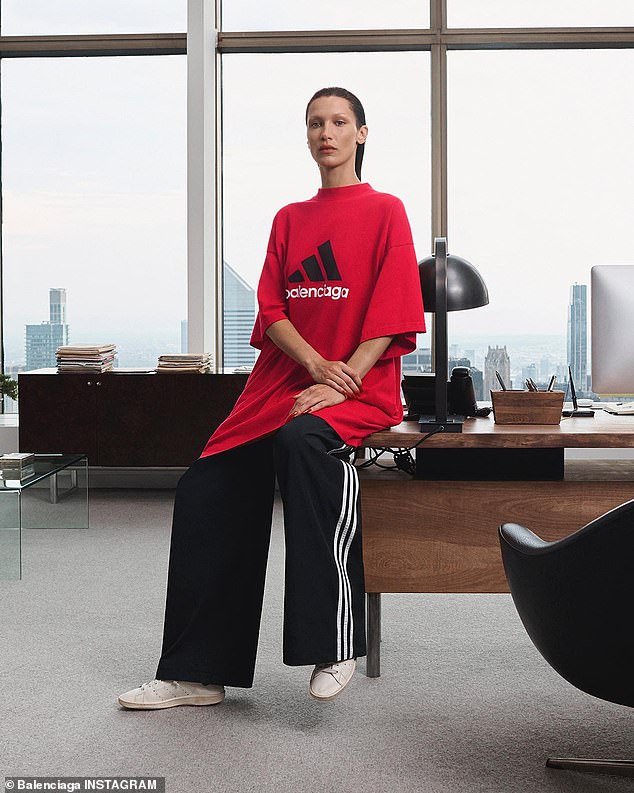 Bella Hadid in the Balenciaga Spring '23 campaign for its collaboration with Adidas. She is yet to comment on the multiple child imagery scandals engulfing the brand 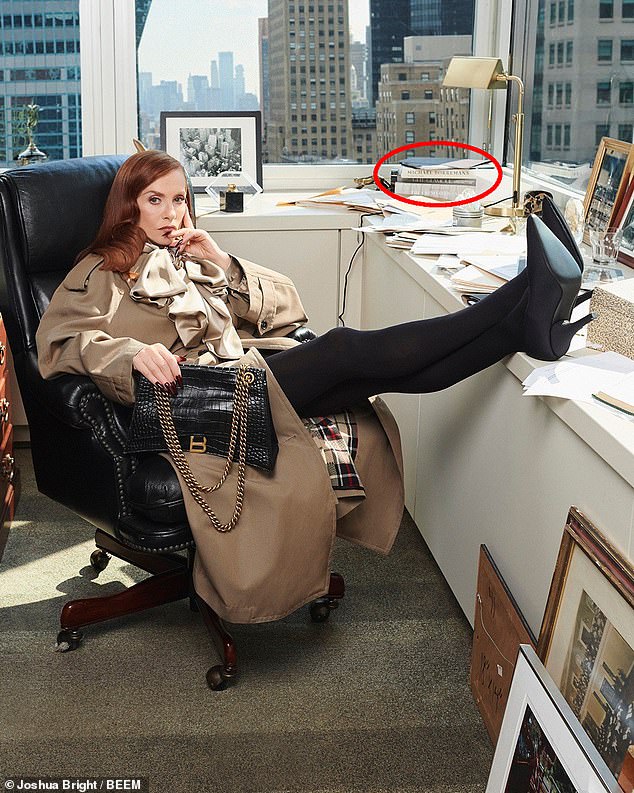 A chorus of other stars who regularly attend Balenciaga shows as VIP guests, pose in ad campaigns and gush over creative director Demna Gvasalia, are also yet to make any kind of statement.

On Instagram, Nicole Kidman - who starred in the Spring '23 campaign - ignored the controversy to instead upload a photo of herself at the theatre.

Bella Hadid, who also starred in the campaign, shared tributes to the late designer Virgin Abloh, who died exactly one year ago, but she did not comment on the controversy, nor did she respond to inquiries from DailyMail.com.

Representatives for Isabelle Huppert, who appears in two photos from the campaign in front of the Borremans book, did not respond to inquiries either.

They are not alone in their continued support of the brand.

Kylie Jenner and Khloe Kardashian, who attended the Balenciaga show in Paris last month, are yet to make any kind of comment.

Euphoria actress Alexa Demie is yet to remove an ad campaign that she shot for the brand from her Instagram feed, despite growing outrage among her fans.

Many are now calling out the apparent hypocrisy among a group of liberal celebrities, who have been quick to disavow and cancel others - namely conservatives - for different offenses.

'Notice how not a single bank has dropped Balenciaga? Culture will cancel a canned food company for their CEO voting Red, but not a fashion brand promoting child pornography,' said conservative activist. 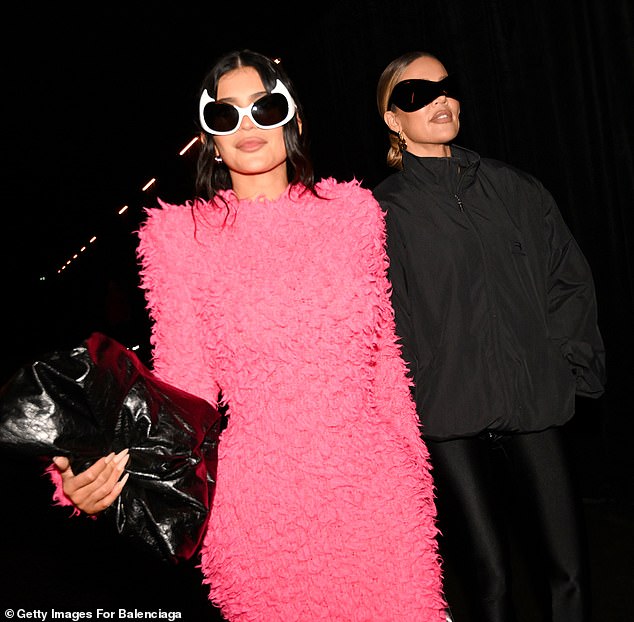 More silence: Balenciaga darlings Kylie Jenner and Khloe Kardashian sit front row at shows and attend the brands afterparties as VIP guests.  Neither has commented on the child imagery scandal. They are photographed at the Paris Fashion Week show last month 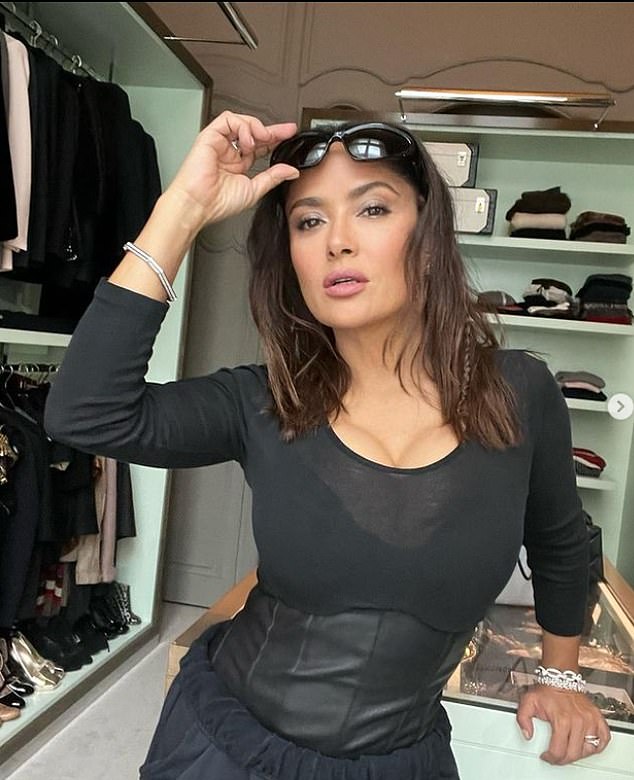 Salma Hayek's husband Francois Pinault is the CEO of Kering, Balenciaga's parent group. She continues to support the fashion house on social media, despite the turmoil. Kering has not issued a statement on the controversy 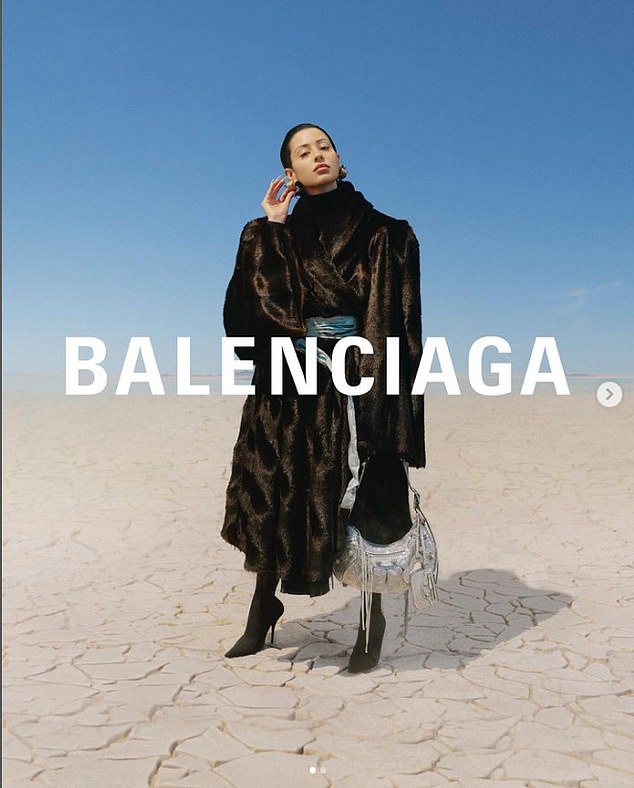 Euphoria actress Alexa Demie continues to promote the brand on Instagram. Above, her campaign ad from August, which remains at the top of her feed, despite growing disgust among fans 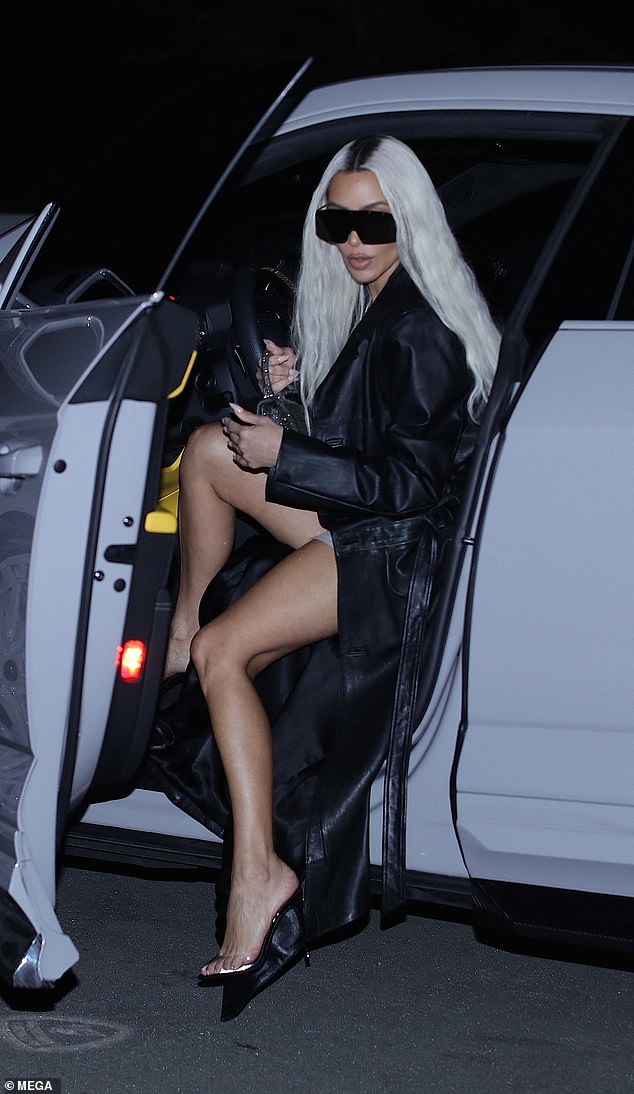 'Disgusted', but not distanced: Kim Kardashian says she is 're-evaluating' her relationship with Balenciaga, but she is yet to completely denounce the brand or cut ties 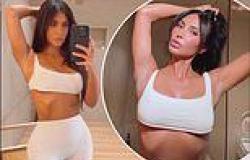 Kim Kardashian shows off her ultra-toned figure in a white shorts and crop top ... trends now 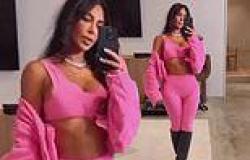 Kim Kardashian shows off her toned midriff in a pink co-ord as she debuts a new ... trends now 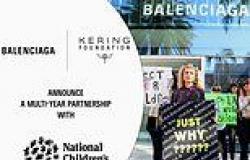 Balenciaga tries to repair its damaged reputation by partnering with a ... trends now