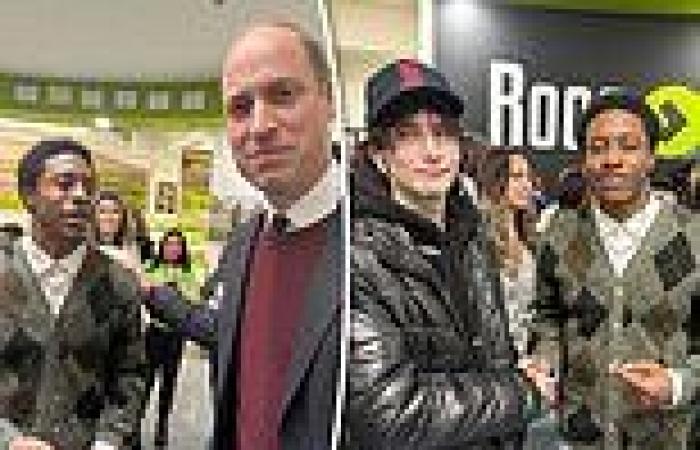 A reformed ex-convict posed for a photo with Prince William as the future king and his wife Princess Kate visited a violence prevention initiative in Boston.

Jonathan Williams, 22, smiled as he stood next to the Prince of Wales as the royal visited the Roca center in Boston's Chelsea neighborhood on Thursday morning.

The center works to steer disadvantaged young people in Boston away from violence, with Williams' a prime example of its mission in action.

A Roca spokesperson told DailyMail.com Williams 'had an awakening and decided he wanted a better life,' before coming to work at Roca to help steer others away from his former path.

Matthew Quinton, 24, from Chelsea, Massachusetts, also met the Prince and Princess of Wales - and shared the story of his hardship growing up.

He told DailyMail.com: 'They are very respectful and sweet people. The way they came here and presented themselves. They are just like anybody else. 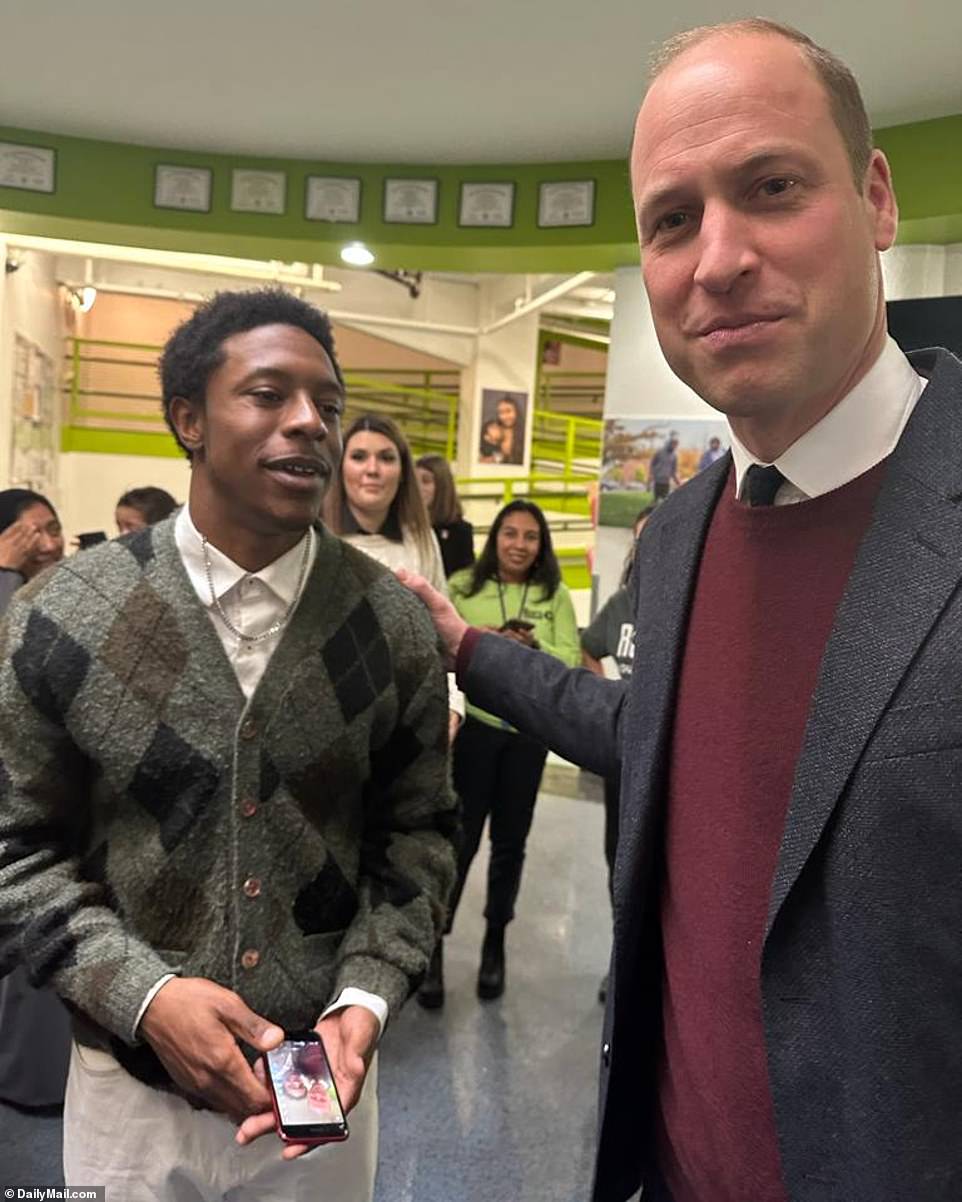 Prince William posed for a photo with Jonathan Williams at the Roca violence prevention center in Boston Thursday. Williams spent time in prison for attempted robbery, but has since turned his life around, and now works at the center 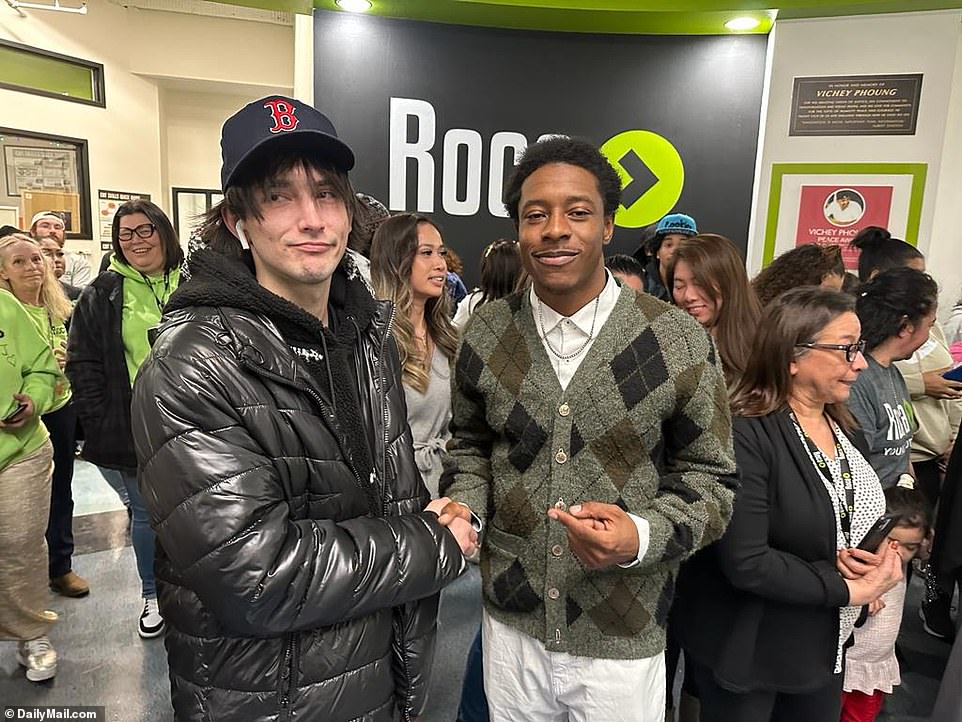 Wills and Kate also spoke with Matthew Quinton (pictured left, with Jonathan Williams). He endured a very tough upbringing, and hailed the royal couple as 'very respectful and sweet'

'They wanted to understand our story and how we got here.'

He said the couple were 'open-minded', adding: 'I told them a bit about myself, what I did before I came here, some of the things I have had to overcome over the years.'

He said the Roca team and young people were at the center from 6am preparing for the visit.

Matthew experienced 'significant trauma' in his childhood, was removed from his parents' custody to live with his grandmother and suffers from PTSD. He previously used drugs and alcohol but has been off both for two years.

He said: 'I have had a long hard life. I have had to overcome some crazy things. I never really had the right tools and help and guidance. 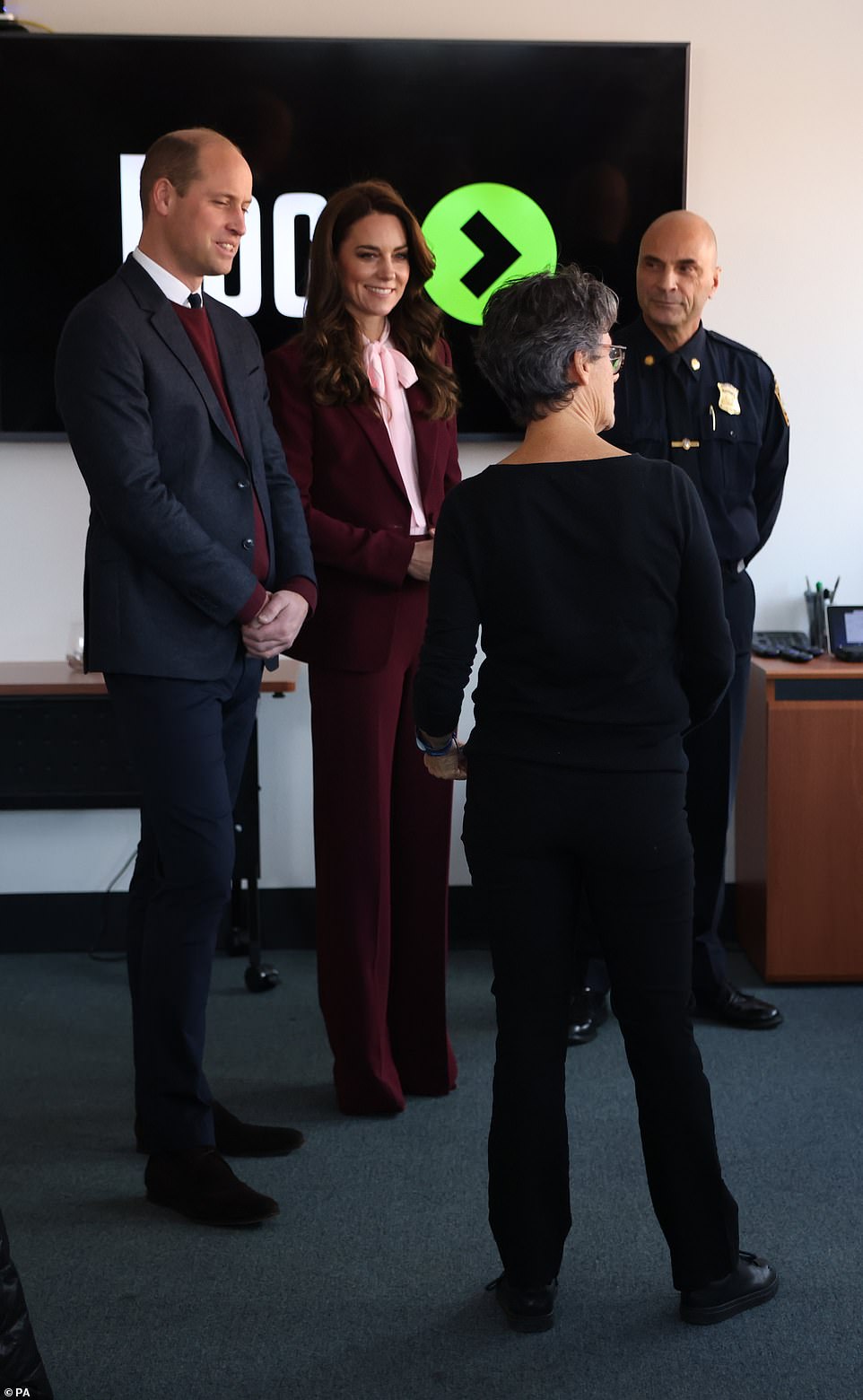 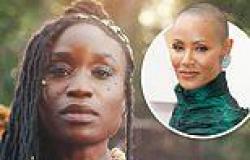 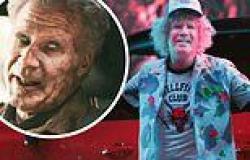 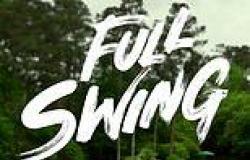 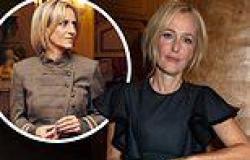