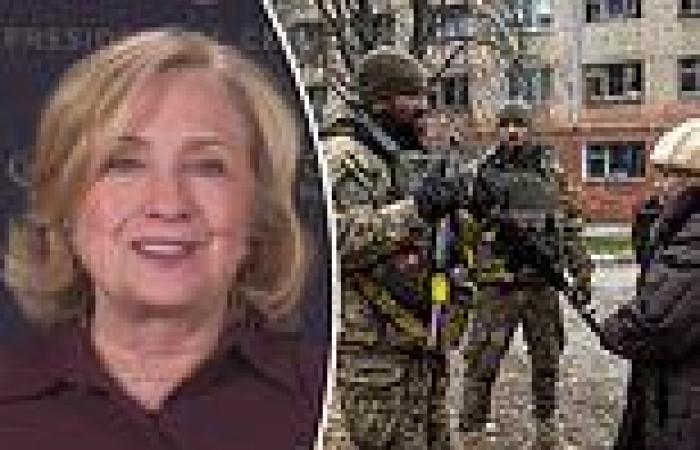 Former Secretary of State Hillary Clinton on Thursday said women's rights remain 'unfinished business around the world — including in Ukraine where rape is being used as a weapon of war and the U.S. where she said reproductive rights were under attack.

Her comments brought ridicule from conservatives on social media who objected to the U.S. being included in such company.

She is hosting the Clinton Presidential Center's summit on the status of women’s rights around the world and was asked by interviewer Christiane Amanpour about her message that women's rights remain 'unfinished business.'

'We have come a long way since I made that statement back in 1995 on so many fronts,' she replied.

'But we are also in a period of time where there is a lot of pushback and much of the progress that has been, I think, taken for granted by too many people is under attack: Literally under attack, in places like Iran or Afghanistan or Ukraine, where rape is a tactic of war, or under attack by political and cultural forces in a country like our own, when it comes to women's health care and bodily autonomy.' 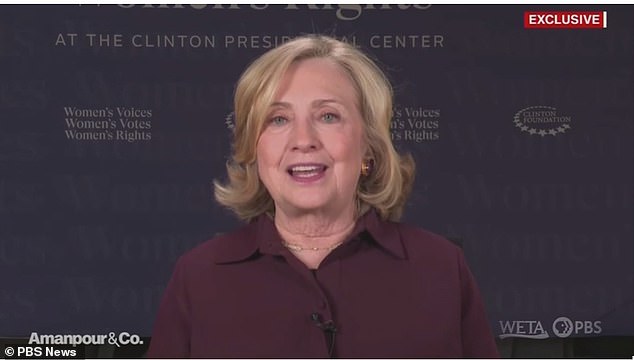 Hillary Clinton spoke to Christiane Amanpour to promote her summit on women's rights. She said they literally under attack in places like Afghanistan, Iran and Ukaine, and under attack by political and cultural forces in the U.S. 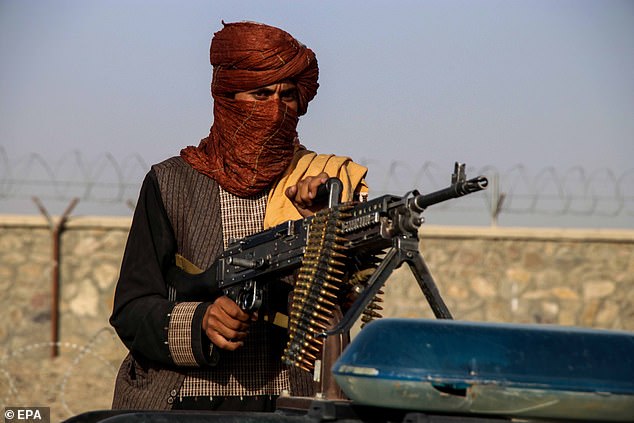 In Afghanistan, the Taliban takeover has meant millions of girls are deprived of an education 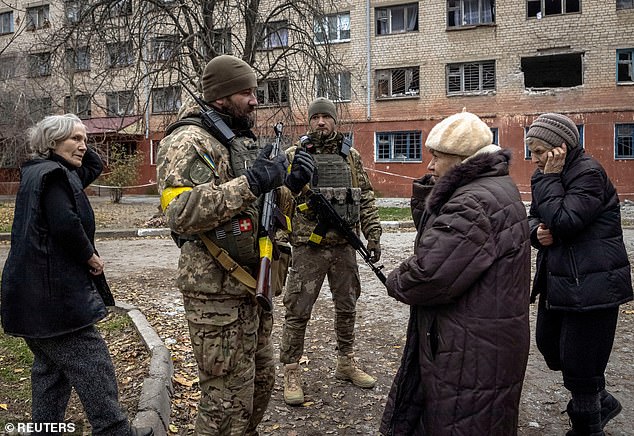 The war in Ukraine has led to allegations that rape is being used as a weapon of war by Russian soldiers. Here Ukrainian servicemen speak to residents after Russia's retreat from Kherson

The Taliban takeover in Afghanistan last year has brought swingeing restrictions on women in public life. The extremist movement has shut down secondary schools for girls, and in some places prevented younger girls from accessing education.

The Russian invasion of Ukraine has triggered a slew of allegations that its soldiers are raping women, and in some cases using sexual violence as a weapon against civilian populations.

And in Iran, the death of a woman after being arrested for reportedly failing to wear a hijab properly has triggered protests and shone a light on its human rights abuses.

But the inclusion of the U.S. in the same breath angered