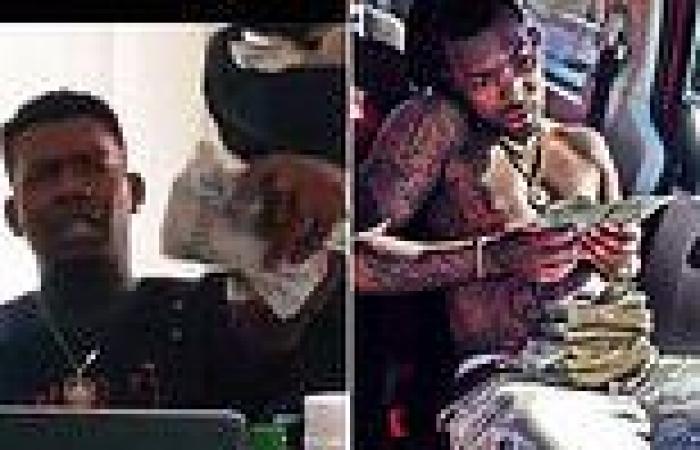 A Tennessee rapper was sentenced to more than six years in jail after he bragged about scamming California’s Employment Development Department out of $700,000 in COVID relief funds in a music video.

Fontrell Antonio Baines, the 33-year-old rapper known as 'Nuke Bizzle', received his sentence on Wednesday, and also pleaded guilty to a separate case on gun and drug counts.

Baines was arrested in October 2020 after he released a song, 'EDD', boasting about getting rich by stealing jobless benefits in California during the pandemic.

Prosecutors said the rapper stole people's identities to collect the money between July and September 2020.

The rapper, who lived in California at the time, filed 92 fraudulent unemployment claims and was ordered to pay the money back, according to the US Attorney's Office. 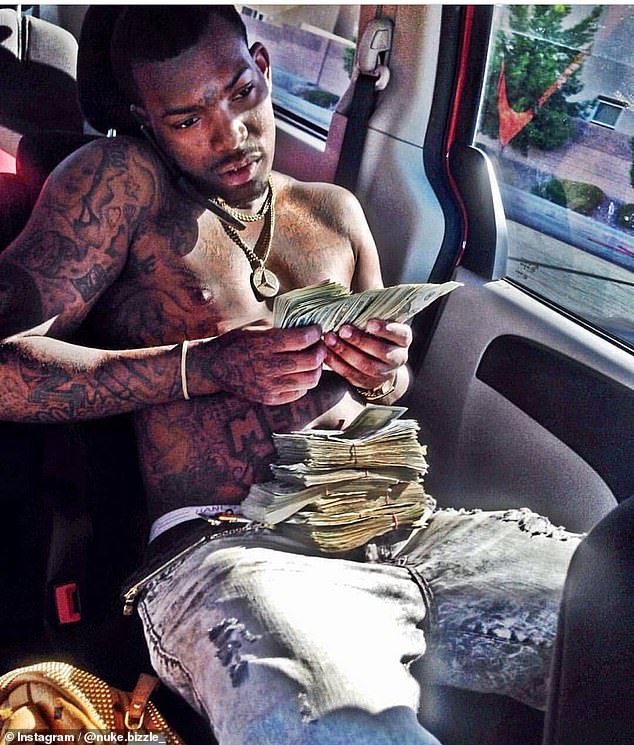 Frontrell Antonio Baines, 33, was sentenced to more than six years in jail on Wednesday after he bragged about stealing unemployment funds in California 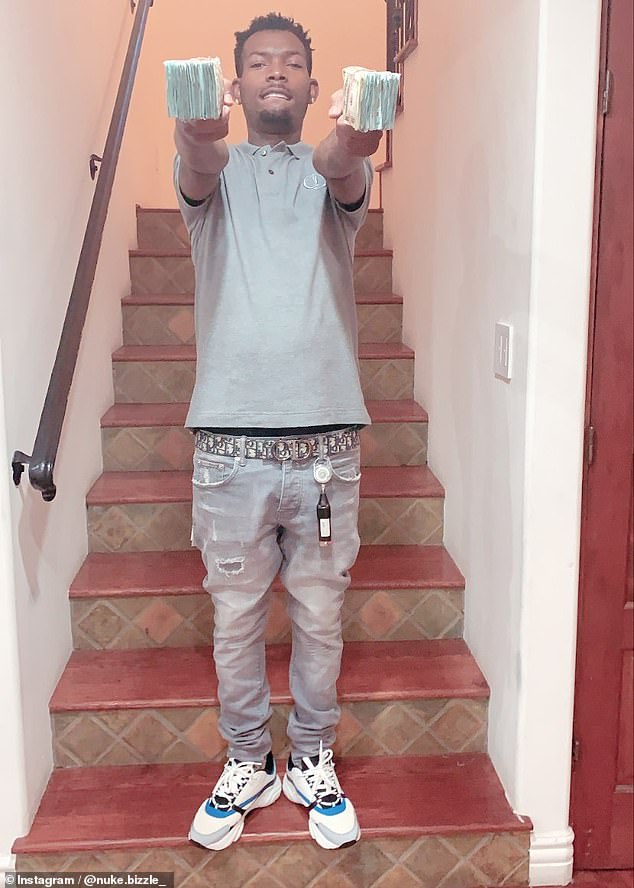 The rapper, known as 'Nuke Bizzle', lived in California when he filed 92 fraudulent claims between July and September of 2020

In the music video, Baines brags about doing 'my swagger for EDD' and holds up a stack of envelopes from EDD, revealing his plans to 'go to the bank with a stack of these' – presumably a reference to the pre-paid debit cards that come in the mail.

A second rapper in the video intones, 'You gotta sell cocaine, I just file a claim….'

Prosecutors said Baines applied for EDD debit cards in the names of third-parties, including identity theft victims, which were mailed to addresses Baines had access to in Beverly Hills and Koreatown.

The rapper also stole the identity of a man in Missouri for one claim and withdrew $2,500 under his name. 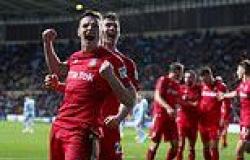 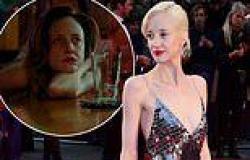