Kevin McCarthy ALREADY moves into Speaker's office and insists 'we will have a ... trends now 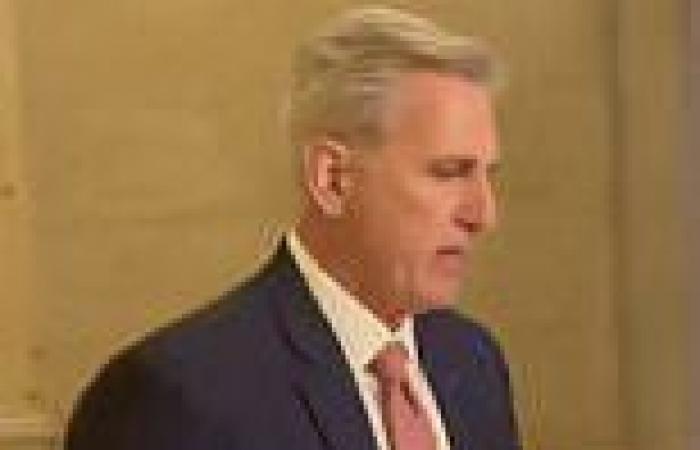 Kevin McCarthy ALREADY moves into Speaker's office and insists 'we will have a ... trends now

Looking somewhat stressed on Monday afternoon, the California Republican was rushing out of the US Capitol when reporters asked him about the following day's House-wide vote to elect their chamber's leader.

McCarthy's campaign for the gavel has been somewhat bumpy for weeks, but the pressure has ramped up in the final 48 hours with as many as 15 GOP members allegedly ready to vote against him. He can only lose four votes to still clinch victory.

Earlier that day, his staff had been seen moving belongings and wheeling carts into the House Speaker's office at the US Capitol.

The move is standard protocol, according to CNN, but it means he'll have to move back out if more than four House Republicans rebel against his cause - which is becoming an increasingly likely scenario.

A group of five Republicans leading the 'Never Kevin' movement appear to have inspired more to join their cause. One of them, Rep. Bob Good, told Fox & Friends on Monday that he expected between 10 and 15 people to vote against McCarthy.

He said the Republican leader is 'part of the problem, not the solution.'

It's a sentiment that's been echoed by nine other House Republicans in a New Year's Day letter. 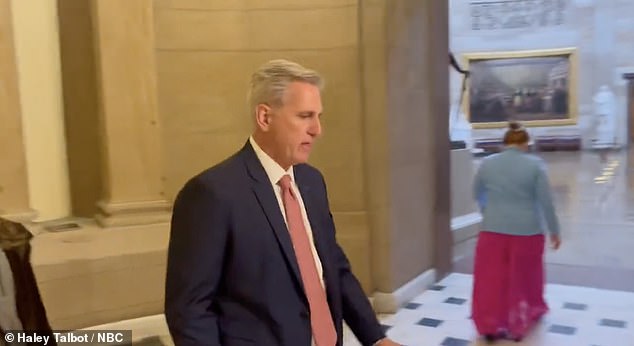 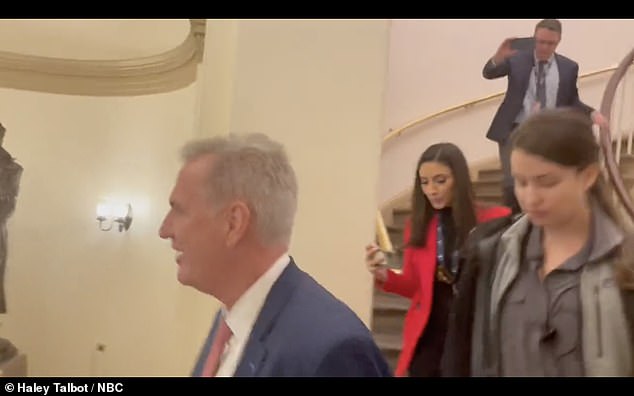 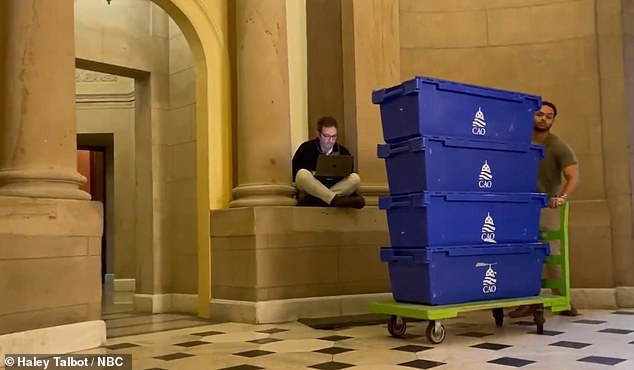 Earlier, his staff was seen moving boxes into the Speaker's chambers

McCarthy told colleagues on Sunday that he was ready to make certain concessions to win support that he and moderates in the conference had been wary of for weeks. The most controversial among them is a motion to vacate the chair, which under the current proposed rules would allow any five House Republicans to call for a vote for a new Speaker.

But nevertheless, he told reporters in a video shared by NBC News' Haley Talbot: 'I think we will have a good day tomorrow.'

McCarthy needs 218 votes to win Speaker, meaning he can only afford to lose the support of four Republicans.

And in a dire sign for his campaign, even McCarthy's supporters are re-upping talk of a Plan B.

Nebraska Republican Rep. Don Bacon, a moderate, wrote an op-ed in the Daily Caller on Monday calling McCarthy's leadership 'superb' but reasserting that he was willing to work with Democrats for an alternative should the anti-McCarthy rebellion succeed.

'Much has been made of me saying I would work with moderate Democrats to elect a more moderate speaker,' Bacon wrote.

'But my actual words were that if the five refused to coalesce around what the vast majority of the conference wants, I’m willing to work across the aisle to find an agreeable Republican.'

Q: Speakers votes locked in?
KM: and take away all the excitement?
Q: do you have the votes locked in?
KM: I think we will have a good day tomorrow
Q: Leader McCarthy are you prepared to make more concessions in exchange for votes?
KM: *sigh* hope you all have a nice new years pic.twitter.com/k6HFLAUME7 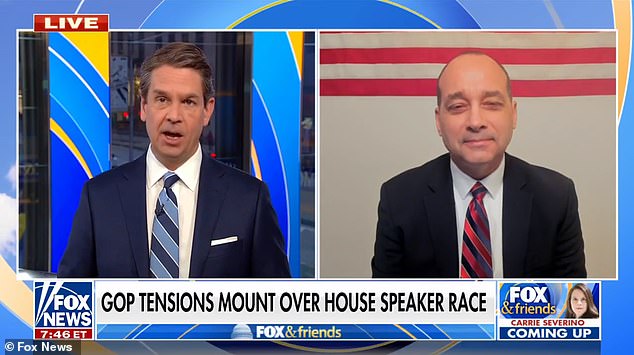 Virginia Rep. Bob Good (right) told Fox & Friends that he expects up to 15 Republicans to vote against Kevin McCarthy's bid for House Speaker on Tuesday, claiming the current GOP Leader is a part of the 'swamp cartel'

In his Fox interview on Monday, Good said his constituents in Virginia's 5th congressional district 'told me not to support Kevin McCarthy' for Speaker.

He also claimed that while the group of 14 lawmakers who have already publicly said they won't back McCarthy don't necessarily have an alternative in mind – they just want to block him from taking over from outgoing Democratic Speaker Nancy Pelosi. 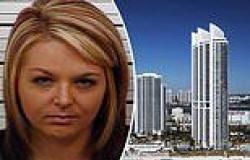 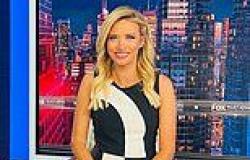 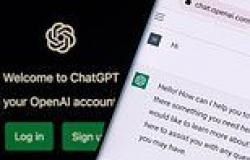 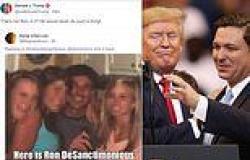