Kevin McCarthy's fate hangs in the balance as he makes last-ditch appeal before ... trends now 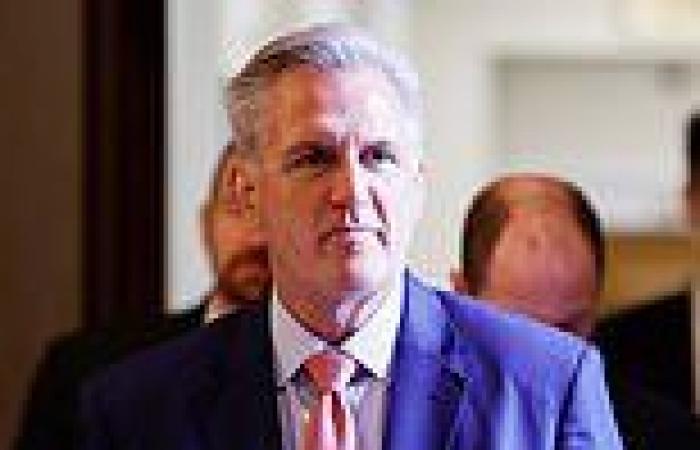 Kevin McCarthy's fate hangs in the balance as he makes last-ditch appeal before ... trends now

House Republicans are holding a closed-door conference meeting on Tuesday morning, where embattled Leader Kevin McCarthy is expected to make his last-ditch appeal for the Speaker's gavel.

The 118th Congress is set to begin at noon on Tuesday but as of this morning, the House of Representatives' majority party is still divided over who will lead the chamber for the next two years.

House Republicans' public disputes over current McCarthy's bid for the House Speakership has already set their newfound power off to a bumpy start.

'We've worked in good faith for months to change the status quo. At nearly every turn, we've been sidelined or resisted by McCarthy, and any perceived progress has often been vague or contained loopholes that further amplified concerns as to the sincerity of promises being made,' Perry wrote.

'Kevin McCarthy had an opportunity to be Speaker of the House. He rejected it.'

'This is about showmanship, this is about notoriety. It has nothing to do with the conservative agenda,' Crenshaw said.

The GOP have 222 seats in the new Congress and McCarthy is expected to need 218 votes, so he can only afford to lose four members to win the gavel.

Voting is done in rounds until a majority consensus is reached. Conservatives are expected to derail McCarthy in the first round by putting forward GOP Rep. Andy Biggs, who is virtually unlikely to clinch most of the vote but would take enough away from McCarthy to sabotage him.

His critics have not yet said who they intend to nominate instead, but multiple reports have suggested they're eyeing McCarthy's No. 2, newly-minted House Majority Leader Steve Scalise.

So far there are a total of 14 members of his caucus who have at least strongly suggested they're voting against him.

The disarray culminated in a Monday evening meeting between McCarthy, his allies and some of his critics including Reps. Matt Gaetz and Perry. 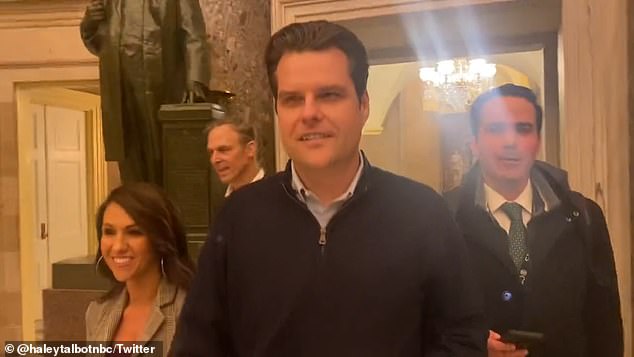 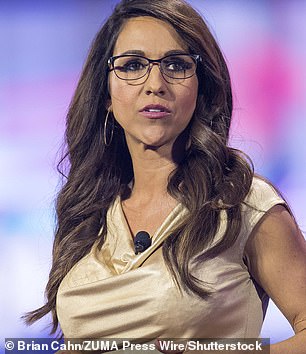 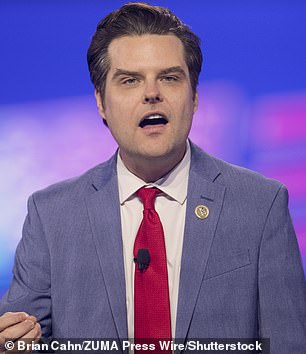 Reps. Lauren Boebert and Matt Gaetz could pose a problem for McCarthy on Tuesday - with Gaetz being among the most vocal critics of the GOP Leader 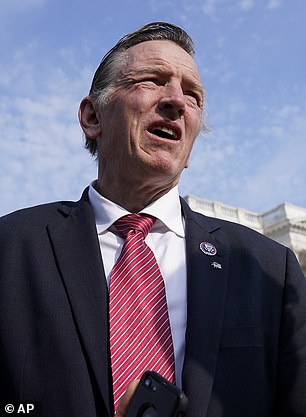 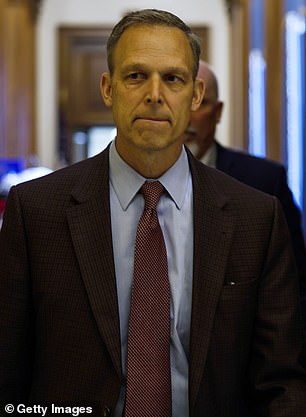 At around 5pm ET, Republican lawmakers were seen entering the House Speaker's chamber. McCarthy's staff moved furniture into that office earlier in the day in an apparent show of confidence - though it's reportedly standard protocol to make the move so early.

Gaetz told reporters the meeting was 'brief and productive' but insisted he was still opposing McCarthy, according to a video taken by NBC News' 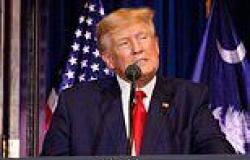 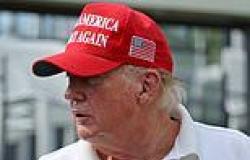 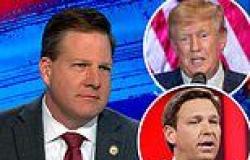