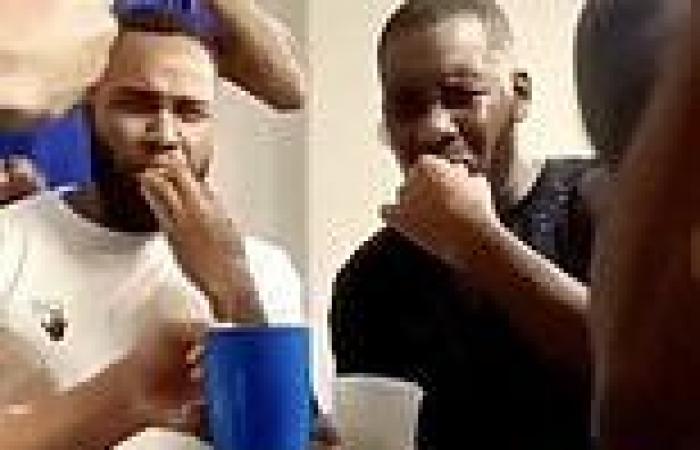 Convicted criminals appeared to party with booze and drugs in video footage at 'Britain's cushiest prison'.

The clip shows inmates 'smoking and downing slammers', as well as enjoying party food - including snacks from a trendy air fryer - at HMP Five Wells in Wellingborough, Northamptonshire.

One caption appears to boast of them having Ciroc and Grey Goose vodkas, and Wray & Nephew Rum. The prisoners then appear to lick salt from their hands and bite a lemon wedge before downing their shots, before dancing to music and appearing to smoke cannabis.

G4S, which runs Five Wells, told MailOnline action has been taken after furious sources blasted: 'The lunatics are running the asylum' - adding: 'They were partying it up for hours and so brazen about it. Clearly they were not worried about guards coming in to spoil their fun.' 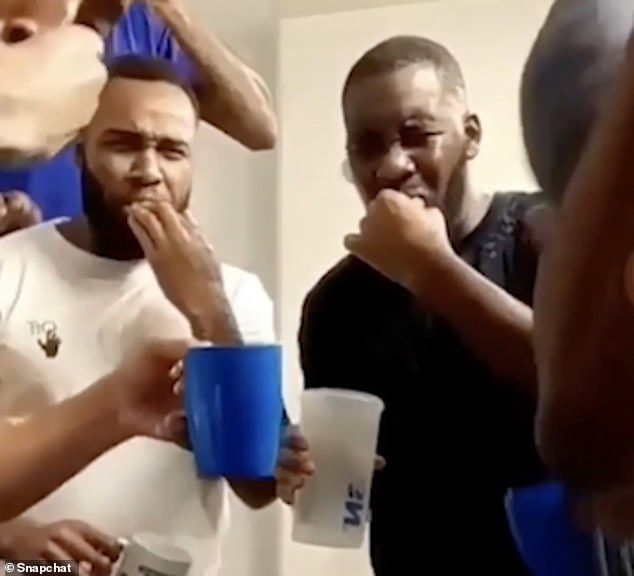 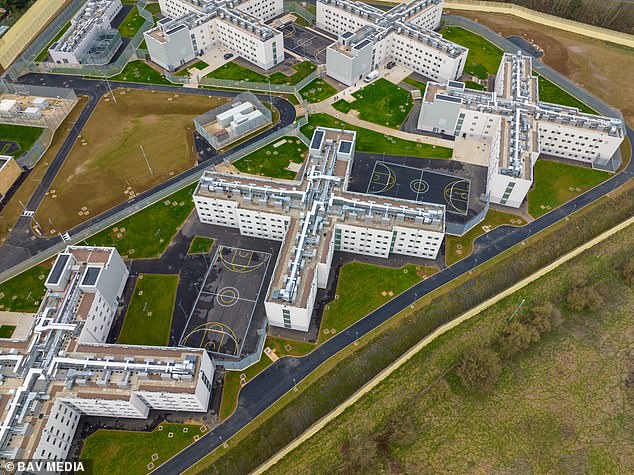 A spokesperson told MailOnline: 'Our dedicated staff work tirelessly to detect, intercept and confiscate contraband. Anyone found with a mobile phone, drugs or alcohol in prison is breaking the law and may face extra time behind bars.'

Five Wells, a Category C all-male lock-up, is the UK's first privately run mega prison, and has a clear focus on rehabilitating offenders.

But with bright and airy rooms offering gorgeous lakeside views, free use of football pitches and beautiful landscaped gardens, you would be forgiven for thinking this was a modern university residency halls. 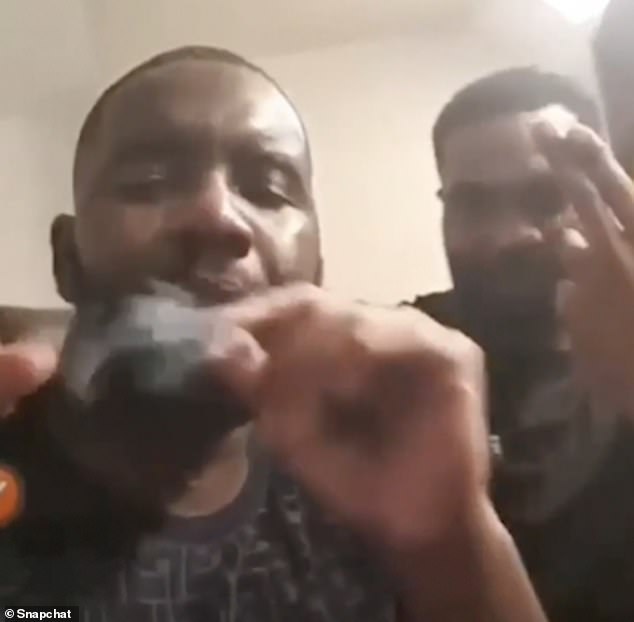 The prisoners appear to lick salt from their hands and bite a lemon wedge before downing their shots, before dancing to music and appearing to smoke cannabis 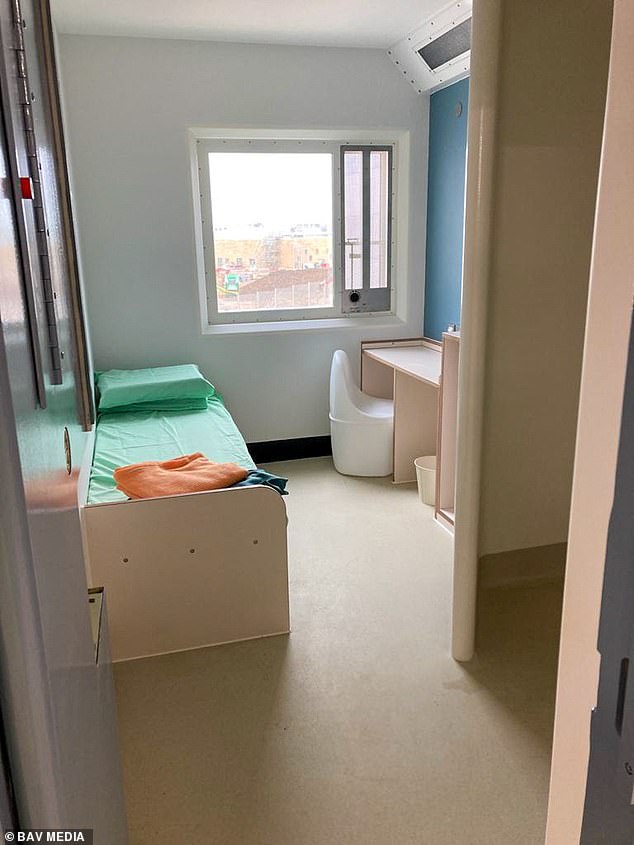 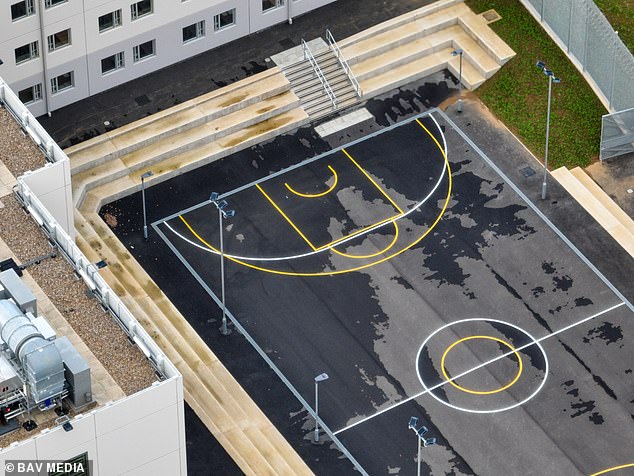 Built from recycled materials and using solar panels to reduce its carbon footprint, the lock-up will have a clear focus on rehabilitating offenders (Pictured: Multi-use games area) 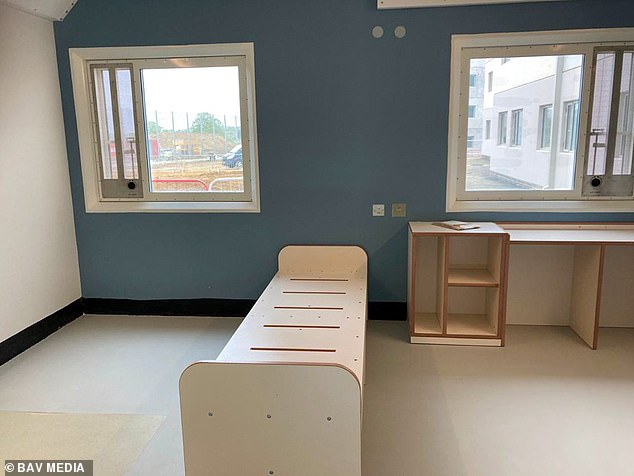 PREV Rishi Sunak 'struggling to find big-hitter' to be Tory Party chair trends now
NEXT Wagner recruits 'are pumped full of drugs that enable them to keep fighting', ... trends now 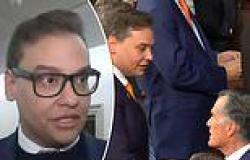 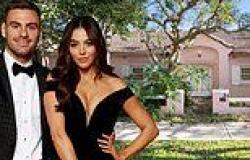 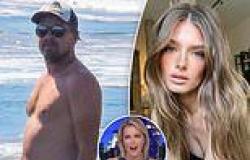 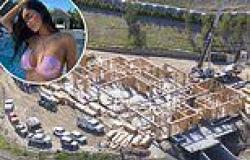