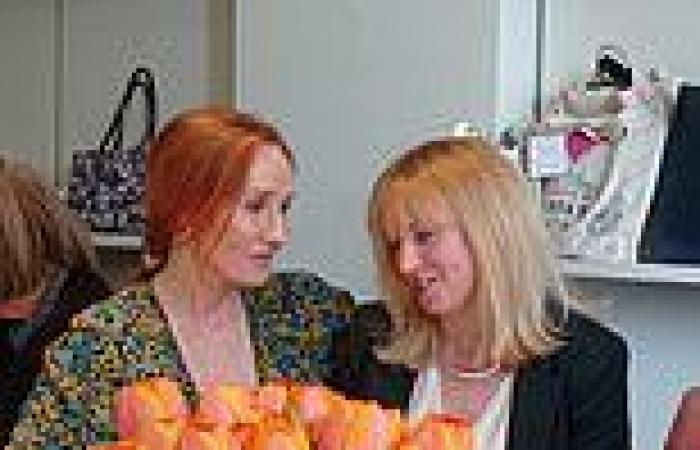 JK Rowling has launched a broadside at the Labour Party over its treatment of its MP Rosie Duffield - after it briefed against her over the weekend.

MP for Canterbury Ms Duffield said last week that she felt that her campaigning for women's rights had left her 'cold shouldered' by Keir Starmer's Labour.

Yesterday audio of Starmer's aide Matthew Doyle emerged where he briefed claims that her constituents wanted her to spend 'more time in Canterbury' instead of with Ms Rowling.

The Harry Potter writer said last night: 'Rosie Duffield, an ex-assistant teacher, single mother and survivor of domestic abuse, won Labour a seat they thought was unwinnable. Post-Corbyn, she was returned to parliament with an increased majority. This is how Labour repays her.' 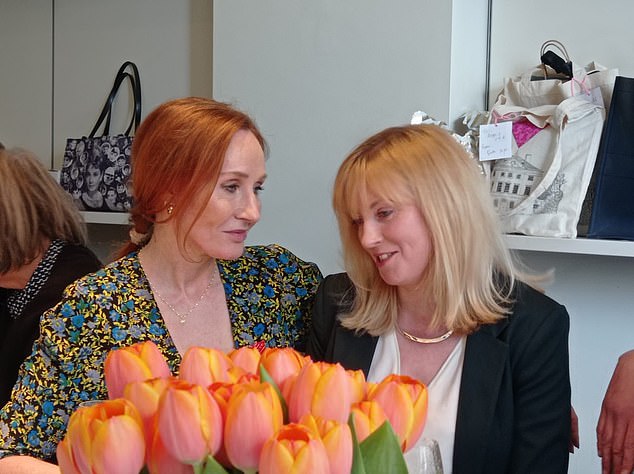 JK Rowling aired her views on Labour's treatment of the MP on her 13.9million follower Twitter

Ms Rowling had organised a lunch at the River Cafe last year for women's rights campaigners, including Ms Duffield.

It came after a women's rights campaign called 'Respect My Sex if you want my X', which 'encourages voters to ask politicians for their views on sex and gender identity'.

Ms Rowling later published a picture of her posing with Ms Duffield on Twitter, with the caption: 'Two ex-single mums now united for women's rights.'

In response, Ms Duffield said she had 'never had the pleasure of meeting' the adviser, who was apparently recorded 'loudly ranting about me' in Parliament on Friday. 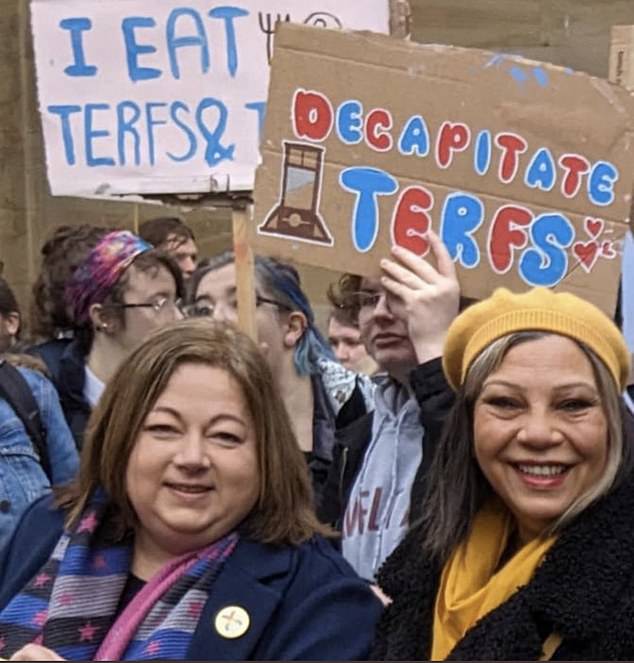 SNP MP Kirsten Oswald and Kaukab Stewart, one of the party's MSPs, were among those spotted near to the 'decapitate TERFs' placard 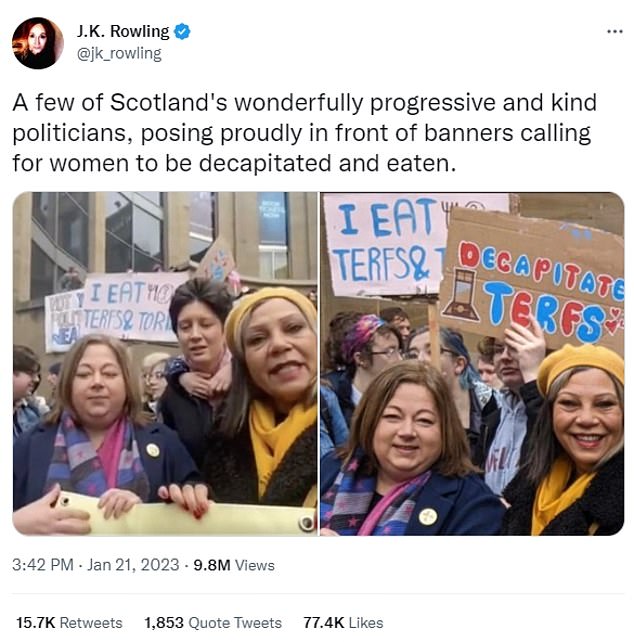 Harry Potter author J.K.Rowling, who has clashed with Ms Sturgeon over the Scottish Parliament's gender identity legislation, raised concerns about the signs

She said that 'while he was overheard loudly opining on my whereabouts and choice of friends', she was meeting people in her constituency. 'On a more serious note, when women are considered difficult, these statements are obviously designed to undermine us,' she wrote on Twitter. 'Sow a little seed of doubt… rumours that might catch on. Politics is nasty. But think on. I am used to so much worse.'

She also said there were a 'couple of inaccurate 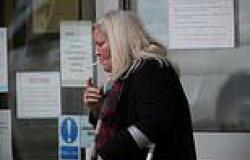 Film producer, 61, with credits on James Bond and Harry Potter is banned from ... trends now