During their state visit to Canada in March 1998 with their father Prince Charles, 15-year-old William was greeted by screaming teenage girls wherever he went – the birth of Will-mania. Just before the trip, William had featured on the cover of YM magazine under the words ‘Prince of our Hearts’. Apparently, the second-in-line to the throne was embarrassed about all the attention, not helped by his cheeky younger brother who thought it was hilarious.

Is this the REAL reason Prince William made SHOCK university choice? 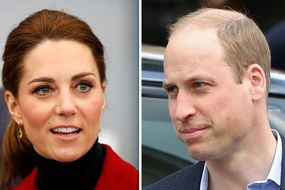 Royal ROW: The ONE thing Prince William HATES about being a royal

Harry used to tease William and encouraged him to wave to the crowds to get a reaction.

A documentary entitled ‘William at Thirty’, uploaded to YouTube in June 2012, got insight on this from two royal correspondents.

“He looked very embarrassed and awkward.”

READ MORE: Kate Middleton SHOCK: How William 'made Duchess feel like a SERVANT'

Former BBC royal correspondent Jennie Bond added: “Harry thought this was all very funny of course, and whenever they were out of view he would nudge William and say ‘go on, go on, give them another wave’.

“And so William would and screams all around – it was just crazy.”

Both boys were incredibly professional

PREV Major blow for cruises as COVID-19 outbreak swamps one of the first sailings to ...
NEXT 'I was turning to drink' One Show host Alex Scott opens up about trolling in ...