Tory leadership hopefuls were mocked over their pledges to deliver Brexit as top figures within the European Union insisted the bloc will not renounce their position. Confronted with claims a new Prime Minister would be able to pressure Brussels into renegotiating the withdrawal agreement currently available, former Eurocrat Jean-Claude Piris told Sky News: "As you say in English, they are promising unicorns and things which are completely unrealistic." Mr Piris, who served within the European Council's Legal Service, insisted the bloc would not agree to reopen talks on the Brexit divorce deal: "It’s not possible to change the legal agreement, including the backstop.

How Boris Johnson’s life was TRANSFORMED by his new girlfriend 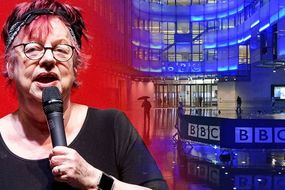 "They think they have to do that in order to give some hope to the electorate, which is very particular at this time. But no, it will not be possible."

Several Tory leadership candidates, including former Brexit Secretary Dominic Raab and Home Secretary Sajid Javid, have claimed they would be able to convince the EU to reopen the withdrawal agreement to ensure a better deal was struck.

Ms Javid on Sunday revealed he would offer Brussels and Ireland payment for alternative arrangements to the controversial backstop designed to avoid a hard border between the Republic and Northern Ireland.

But Mr Piris dismissed the solution: "If it was possible to solve it with money, but it’s not. It’s a question of war and peace."