President Trump was discussing a moment in the TV debates in the lead up to the election. Speaking in a voice that seemingly was intended to mock the voice of the former Secretary of State, Mr Trump began: "You remember during one of the debates when 'Crooked Hillary' said 'If I win, are you going to support me?” The Trump-supporting crowd seemed delighted at the impersonation, before Trump added: “But I must be honest, I didn't give her a great answer, isn’t it amazing that it worked the other way around, right?” 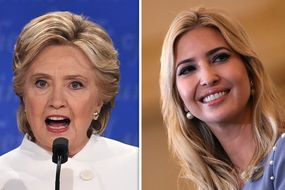 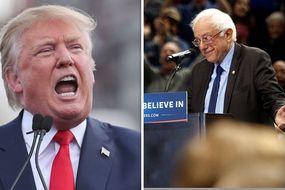 Mrs Clinton was investigated over allegations she used an unauthorised personal email address instead of her secure State Department email while Secretary of State.

The emails were also looked at in an investigation on the deaths of the American ambassador to Libya, a Special Forces officers and two CIA contractors after attacks on the US diplomatic mission and a CIA facility in Benghazi on the night of September 11-12 2012.

Trump felt the investigation into how for alleged Russian collusion in the election to the Clinton administration: "If you want to know how the system is rigged, just compare how they came after us for three years with everything they had versus the free pass they gave to Hillary and her aides after they set up an illegal server, destroyed evidence, deleted and acid washed thirty-three thousand e-mails, exposed classified information and turned the State Department into a pay for play cash machine.”

President Trump paused as members of the audience begun making thumbs down gestures.

READ MORE: Varadkar LASHES OUT at Trump: ‘I would have voted for HILLARY!'

PREV AFL Live Scores: St Kilda Saints reassert dominance over Sydney Swans with ... mogaznewsen
NEXT After the photo was taken Meghan was said to be left “distraught” and ...