Jeremy Hunt was quizzed on Good Morning Britain over his personal view of believing the age of abortion should be at 12 weeks, and not 24 weeks, which is the current limit. Mr Hunt did not explain why his personal view was that the legal limit for abortions should be reduced from 24 weeks to 12 weeks, sparking fury online after the interview. But, the Foreign Secretary did say that the matter would not be Government policy and would always be a matter of a free vote in the House of Commons. 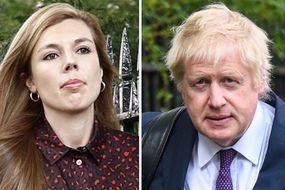 When asked, Mr Hunt said: “My views are a matter of public record, that’s how I voted. I have been very honest with people that those are my views.

“I have also been very clear that as Prime Minister I will not seek to change the law on the issue.

“As far as that issue is concerned, that is it. I won’t use my position as Prime Minister. It is a free vote matter, in the House of Commons.”

But, viewers were quick to react to the tense line of questioning with Mr Hunt not clearly outlining why his view was that the abortion age should be reduced.

Jeremy Hunt clashed with Piers Morgan over his views on abortion (Image: GMB)

One wrote: “Prime Minister in the running Jeremy Hunt looking rather uncomfortable when pressed for an answer over the abortion question by @piersmorgan Get used to that then Jeremy #GMB”.

Another said: “Jeremy Hunt refused to answer a question on abortion, asked three times, challenged directly, still refused to answer. Has been described as slippery and evasive, heaven help us all. The word 'coward' springs to mind.”

One also added: “An exercise in hypocrisy from @Jeremy_Hunt on GMB today when refusing to answer a question on his “abortion” beliefs!”

GMB host Piers Morgan interrupted claiming viewers were seeing a “new Jeremy Hunt” who had come out “all guns blazing”.

Mr Hunt: “Talking about Conservative members. It is very disrespectful to say that you are not going to appear in any head to head debates in the two weeks when they can see you before they have actually voted.

“If you are saying ‘the only debates I will do are after people have voted’, that is not showing respect.

“You need to go into Number 10 with a