Google Maps Street View cameras capture the entire scope of human life as they track details of the roads in and around not just the UK, but the whole world. Many passers-by simply blend not the background, with users of the website simply more concerned about planning a journey and picking out iconic road locations to help them track their way. The Google Maps site also uses the blurring and buzzing facility to hide the identities of those who come too close to the camera lens - yet this does not come without incident, as an example involving a cow, reported by Express.co.uk, shows. Yet in a recent incident, Street View proved much more than just a map, and instead became a device to capture a special moment in history. 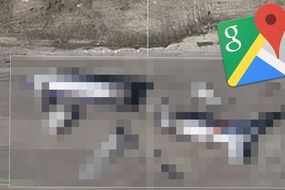 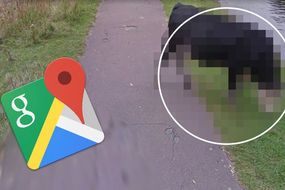 The camera team was travelling down the A412, an ordinary-looking road between Slough and Watford.

After capturing cars going about their daily journeys, the lens honed in on a strange, enchanting sight.

It appeared to be a Cinderella-style white wedding carriage, drawn by horses, on the far side of the road.

It was topped with a pink crown of flowers, making it eye-catching amid its green, grassy fields surroundings.