Melania Trump is now one of the most recognisable women in the world as the First Lady of the United States.

She was born in Slovenia, but now she lives in the political capital of the USA.

Melania is Trump’s third wife, and the pair have a child together, Barron, 13.

So how did the couple, who have been married for 13 years, meet? 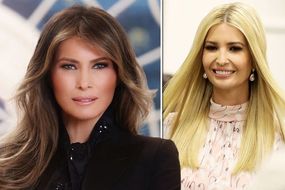 Melania v Ivanka: Who has the most expensive wardrobe? 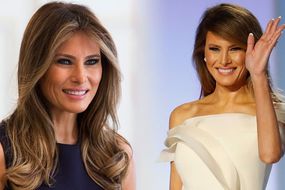 Melania Trump: The heartbreaking truth behind the First Lady's fashion

The former-model and her billionaire husband lived together in New York before he became President, when they moved to the White House in Washington DC.

It has been reported that Jeffrey Epstein, 66, who was arrested in New York in early July on various charges related to the trafficking of minors, introduced them.

The New York times wrote after the 2016 elections Epstein was “claiming that he was the one who introduced Trump to his third wife.”

But is this true? Donald and Melania have a different version of how they met and it does not include Epstein.

Melania and the president have both dicussed their first meeting, revealing it was at a fashion Week party in New York.

The billionaire described being struck by the model whe he first saw her.

Speaking to People he said: “I saw Melania and I said, 'Who is that?'

"She was a very successful model. She was terrific. I tried to get her number and she wouldn't give it to me."

Donald was actually on a date with another woman at the time. Being aware of his reputation, Melania did not give him her number.

Melania told People: "I had heard he was a ladies' man, and so I said, 'I'm not one of the ladies'."

She instead asked Donald for his number, insisting she would be the one to call him, but not before jetting off to the