Bradley Walsh, 59, returned to host The Chase this evening as four contestants tried their best to beat the Chaser and take home the jackpot prize.

The first contestant got the team off to a great start by earning £9,000 in the cash builder round and going on to secure his spot in the final by beating Anne.

Continuing the winning streak, Kayleigh added £6,000 to the jackpot and joined Damien in the Final Chase. 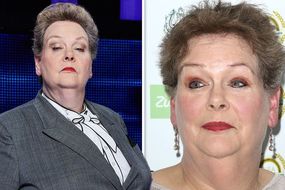 Anne Hegerty: 'That was embarrassing’ The Chase quizzer spills

However, during the third contestant’s head-to-head round, Anne ended up snapping at Bradley when he took a cheeky swipe at her.

After earning £7,000 in the cash builder round, it was Penny’s turn to face Anne as the pair answered a series of multiple choice questions.

One question Bradley asked referred to the Shakespeare play ’Twelfth Night’ leading Penny to admit she wasn’t a fan of the playwright.

Bradley agreed, but the revelation didn’t impress The Governess who remarked: “I’m just sat here feeling depressed because there are two people down the bottom that don’t get Shakespeare.”

Anne went on to describe a scene from the play where two characters are “slightly drunk” and the pair are discussing whether they have stayed up late or whether they are simply up early.

Taking a swipe at Anne’s