Boris Johnson's girlfriend Carrie Symonds will not be joining him for his speech if he becomes PM (Image: GETTY)

Mr Johnson will be expected to make a speech outside No 10 at 5pm on Wednesday if he becomes Prime Minister but will not be joined by his girlfriend Ms Symonds, according to The Daily Telegraph. Traditionally, Prime Ministers stand before the cameras with their spouse in front of No 10 when they take up residence. However, Mr Johnson has not yet divorced his wife Marina and Ms Symonds’ presence could overshadow the new Prime Minister’s biggest moment. 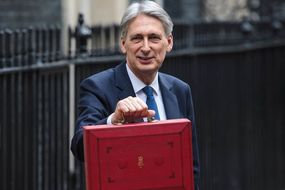 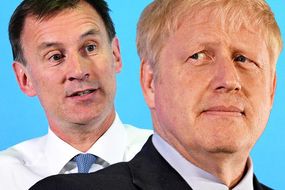 She will also not accompany Mr Johnson when he meets the Queen to accept his invitation to form the new Government.

Ms Symonds is expected to move into Downing Street over the weekend, once Mr Johnson has appointed his Cabinet and addressed the House of Commons.

The former chief of the Conservative Party’s press office is being careful not to overshadow Mr Johnson with her move into No 10 and wants the speech to be “Boris’s moment”.

On Saturday, the couple were spotted leaving Mr Johnson’s home in Oxfordshire but made sure no photographs were taken of them.