Avengers Endgame was the fourth Avengers movie, ending both Marvel Phase 3 and the Infinity Saga. To date, an Avengers movie has concluded each MCU Phase, but with the Phase 4 slate reveal at San Diego Comic Con this weekend, there was no sign of Avengers 5. Now Marvel Studios boss Kevin Feige has revealed the real reason why. Speaking with , he said: “We had a movie this year called Avengers Endgame, and it is very much an ending, as you saw, to so many of those characters.” 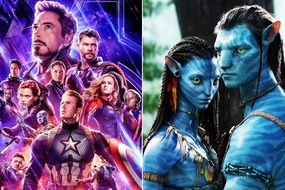 “Meeting incredible new characters like The Eternals and Shang-Chi.

“Going on new adventures with Doctor Strange and Thor, and these Disney+ shows which I promise will be spectacular and not what anybody's expecting.”

But when it eventually comes around, what will the superhero team line-up look like in Avengers 5?