Simon Cowell interrupted Ansley Burns for a second time on Tuesday’s night instalment of America’s Got Talent as a number of contestants made their way through to the live shows.

Ansley took to the stage and began her rendition of Carrie Underwood’s single Good Girl but was halted by the 59-year-old judge about 30 seconds into the song.

“Ansley, Ansley, sorry,” he began as the music stopped. “The track was overwhelming you like before. I don’t want to hear that pushing your vocal because it’s going off key a bit.”

Catching the young singer off guard, Simon did allow Ansley to try the song again but this time he gave her some direction to help the singer. 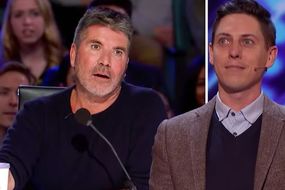 “When you came down in tone and tempo, I really liked your voice at that point,” he told the young performer.

“Can you just do the second half of the song A Cappella and make it your version?” he asked and Ansley bravely finished where she left off.

Once she had completed her performance, Simon praised the singer and remarked she had “something special” about her.

He said: “You have just the most amazing personality. I think you’ve got something special about you. I really like you.”

However her performance wasn’t enough to win over the judges and she didn’t make it through to the live shows.

This was’t the first time Simon had interrupted the young singer and he had in fact halted her performance during her first audition.

Taking to the stage, Ansley kicked off with her rendition of Aretha Franklin’s song Faith but

Storm face being without six starters for Titans clash mogaznewsen