The cast of Downton Abbey have come back together to star in the new film spin-off of the hit TV series. Their characters will be preparing to host King George V, his wife Queen Mary and daughter Princess Mary in the latest instalment of the franchise. Here is all we know about Kate Phillips, a new cast member with a royal seal of approval. 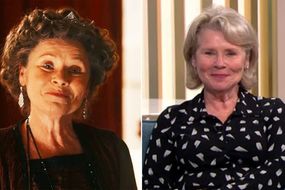 Downton Abbey movie: Imelda Staunton teases Lady Bagshaw’s SECRET
Who is Kate Phillips and who does she play in Downton Abbey?

Kate Phillips is a British actress, who will be taking on the mantle of Princess Mary in Downton Abbey.

Since graduating for Guildhall School of Music and Drama in London, Kate has been seen in various period dramas, including Wolf Hall and The Crown.

Her first TV role was in Wolf Hall, where she played Henry VIII’s ill-fated wife Jane Seymour, who provided him with his only legitimate male heir.

After this Kate landed a role in ITV series War & Peace, where she played Lise Bolkonskaya, the wife of James Norton’s Andrei Bolkonsky who is abandoned while pregnant so her husband can go to war.

Following this she portrayed Linda Shelby, wife of maverick Arthur, in Peaky Blinders, opposite Cillian Murphy and Helen McCrory.

She played Venetia Scott, secretary to Winston Churchill (played by John Lithgow) in The Crown, but the character’s death by the Great Smog meant her time in the show was brief.

Kate played Tillie in My Mother and Other Strangers, a Northern Irish series, before she started work in Downton Abbey, where she has moved up the ranks to royalty. 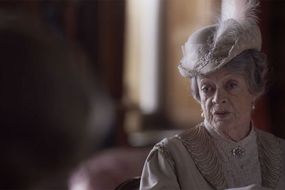 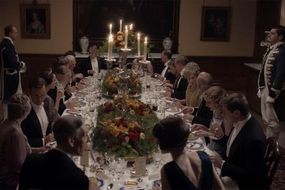 Mary, whose official title was Mary, Princess Royal and