An asteroid strike in 2013 took the world by surprise when a 65.6ft-wide (20m) rock entered the atmosphere undetected. The so-called Chelyabinsk Meteor highlighted the need for better defences and served as a “wake-up call” for NASA. The US space agency is currently involved in the Double Asteroid Redirection Test (DART), a mission meant to test NASA’s ability to push away asteroids headed for Earth. At the same time, the European Space Agency (ESA) is involved with project Hera – a mission to survey the results of NASA’s DART. 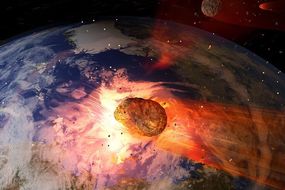 Apocalyptic asteroids can cause mountain high Tsunamis and wildfires

Together, the two space agencies have dubbed their efforts the Asteroid Impact Deflection Assessment or AIDA for short.

But the work being done to protect Earth from deep-space threats is simply not enough one space expert fears.

And if money cannot be pooled together to fight the danger, the expert said Earth will reap what it sows.

Lembit Öpik, the Chairman of Parliament for the space nation Asgardia, told Express.co.uk more needs to be done to address dangers from space.

Mr Öpik said: “They’re not doing enough to protect the Earth and so the answer is simple.

READ MORE: How often do asteroids hit Earth? What is the danger

Asteroid warning: A space expert believes not enough is being done to protect Earth (Image: NASA/GETTY)

“If everything that needed to happen was happening, you wouldn’t need Asgardia.”

Mr Öpik has a track record of campaigning for more threat awareness, in particular, in regards to Near-Earth Object (NEO) asteroids and comets.

He recently told Express.co.uk there is a 100% certainty Earth faces a major asteroid strike but we cannot predict when or where it will happen.

Mr Öpik served as Member of Parliament Montgomeryshire in Wales between 1998 and 2010.

READ MORE: There is a slim chance a 2,700 MEGATON asteroid might hit Earth this October 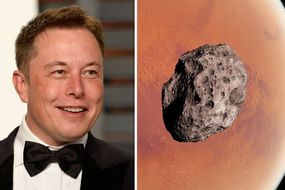 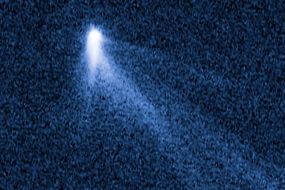 During this time, he campaigned for the Government to instigate a report into spaceborne threats.