Daniel Craig is busy shooting his fifth and final James Bond movie, No Time To Die. But speculation over this replacement his already rife, with actresses being talked about alongside the likes of Tom Hardy and James Norton. And now Downton Abbey the movie’s Michelle Dockery has admitted she’d like to take up the Licence to Kill as the first female Bond. Speaking with The Independent. the Lady Mary star said: “I love Bond, so yeah, I’d never say no!” 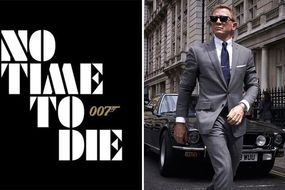 The 37-year-old continued: “I think a lot is changing with those films.

“I’m looking forward to the next one for that reason.

“Those rumours about Gillian Anderson [being the new Bond], years ago.

“I was so up for that, it was like, ‘When does it happen, when does it start filming?’”

Meanwhile, both Daniel Craig and Pierce Brosnan have backed the next Bond being female recently.

Over the weekend the incumbent 007 was asked and said: “Yes, of course.”

Meanwhile, Brosnan said: “Yes! I think we've watched the guys do it for the