GIRI/HAJI is a brand new international crime drama, which starts tonight on BBC Two and explores the butterfly effect of a single murder across two cities. On the first instalment, which airs tonight, viewers will see Tokyo detective Kenzo Mori travel to London in search of the brother he thought was dead.

Giri/Haji airs on BBC Two this evening and it's set to be a chilling watch. Packed with scenes of blood and gore, it will see detective Kenzo Mori investigate a murder which has repercussions in both London and Tokyo. And, one scene which airs tonight will see Met detective Sarah Weitzmann (played by Kelly Macdonald) targeted by a poisonous snake. 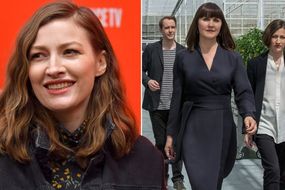 Following undercover detective Kenzo (Takehiro Hira), the series tries to solve a complicated case which spans over both Tokyo and London.

As part of being undercover, the detective has to partake in a university course ran by Sarah, who stands out from the more serious characters with her humorous nature and relatable mishaps.

Fans will see her head out on an uncomfortable date and joking about eating alone while the rest of the episode is packed with graphic scenes.

But Sarah won't miss out on the drama as she receives an unexpected visitor in her letterbox tying her in to the dark themes that encapsulate the show. 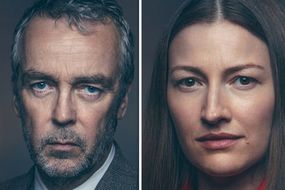 The Victim on BBC cast: Who is in the cast of The Victim?

Without giving too much away, the scene will see her come face-to-face with a deadly snake.

And, shooting the scene was rather "uncomfortable" for Kelly.

Speaking at a screening for the series, Kelly told