Kate Garraway, 52, recently clashed with James Haskell, 34, during the Dingo Dollar Challenge on the ITV series of I’m A Celebrity… Get Me Out Of Here! 2019. The Good Morning Britain’s host’s husband Derek Draper has since said the former Wasps player will regret calling her “stupid”. 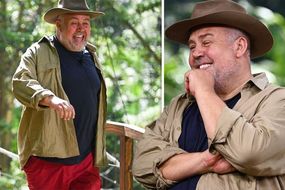 I know the look Kate gave James - I get it myself now and again. It says, ‘Watch out mate, anymore of that and I’ll let loose'

Viewers were left unimpressed by the former England rugby player’s behaviour, after he got frustrated by Kate’s decision to discuss which answer to choose in the Dingo Dollar challenge.

Derek, who shares two children with Kate, said James is playing a dangerous game with the ITV favourite as he revealed she will “let loose” on him if necessary.

The GMB star’s beau spoke candidly about the I’m A Celebrity contestant’s reaction to James’ irritation and admitted she doesn’t play around so he should “watch out”.

Speaking to The Sun, Derek said: “I know the look Kate gave James during the Dingo Dollar challenge discussion only too well. I get it myself now and again. It says, ‘Watch out mate, anymore of that and I’ll let loose’.” 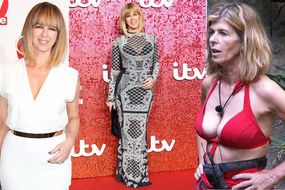 He continued: “Kate is one of the calmest, nicest people you’ll ever meet but she is also, underneath, made of tungsten steel, and if she feels strongly enough about something then, boy, will she have her say.

“She is also literally the cleverest person I have ever met.

“I think James and her have very different ways of thinking but he would definitely gain from listening to her more. To be fair to him, though, it’s a lesson it took me a few years to learn and he’s only had a week.”