John Lennon’s now famous “lost weekend” with May Pang was the subject of much attention and speculation from The Beatles fans back in the early 1970s, when he left his home with wife Yoko Ono in New York to set up house with their assistant May Pang in Los Angeles. Having first met Ono in 1966, Lennon married the avant-garde artist three years later. However, by 1973, the couple’s relationship had problems.

Elvis Presley at 85: John Lennon 'There's no Beatles without him' 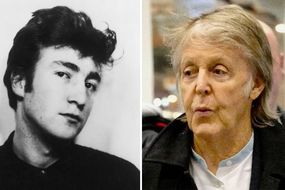 Ono has since recalled how the intensity of their partnership and the constant vitriol they faced from The Beatles fans — who largely blamed her for the break-up of the band — left her “needing space”.

It was at this point that Lennon, with his wife’s knowledge, embarked on a year-and-a-half romance with their assistant, Pang, whom Ono described in a 2012 interview with The Telegraph as “a very intelligent, attractive woman and extremely efficient”.

Speaking to The Beatles Bible in 2011, over thirty years after Lennon’s tragic death, Pang set the record straight on their affair.

Asked if there was any truth to rumours her relationship with the former Beatle continued as late as 1977, she replied: “Our relationship lasted 10 years, from 1970 - 80.”

John Lennon: The Beatles star had an 18-month affair with May Pang during his marriage to Yoko Ono (Image: GETTY)

John Lennon: The Beatles star moved to LA with May Pang in 1973 (Image: GETTY) 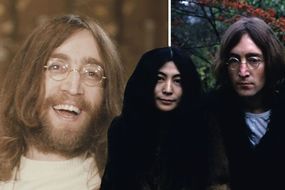 “I believe you’re referring to the more intimate aspects,” she continued. “The last time we were together, we were listening to the Little River Band’s Reminiscing which was released in 1978.”

Pang went on to address the LennonNYC documentary, directed by Michael Epstein, which had been released a year earlier and covered Lennon’s time in LA with her.

Speaking out on her displeasure at the way in which her relationship with Lennon was characterised in the film, Pang explained: “I just get tired of the same rehashing of lies and myths.

“Even after the story is set somewhat straight, as it was when Larry Kane had interviewed Yoko for his book, certain