Teddy Sheringham was the latest celebrity to be unmasked on the ITV reality show but it seems he is very happy that he doesn’t have to perform anymore despite giving it his best shot. He has now revealed he didn’t have any support going into competition and is now “delighted” to have been kicked out. 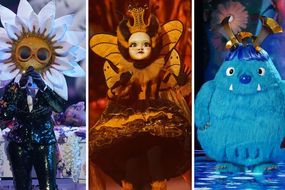 The Masked Singer sees well-known faces dress up in extravagant outfits concealing their identity from everyone, even their own families.

The four judges - Ken Jeong, Rita Ora, Davina McCall and Jonathan Ross - then have to guess who is behind the mask from the clues the celebrities give.

Ex-England footballer Teddy was unmaked after dressing in a huge tree costume this weekend.

He sang Evergreen by Will Young and admitted he’s never heard the song before and it was a struggle to remember all the words.

READ MORE: The Masked Singer UK spoilers: Who have the judges guessed so far?

The Masked Singer star admits they’re ‘delighted’ to be kicked off (Image: ITV)

The Masked Singer: Teddy was the latest star to be unveiled on the show (Image: ITV) 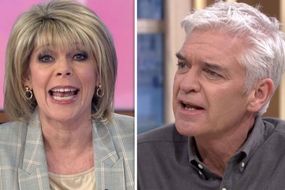 Teddy told Express.co.uk: “I’ve had a few things over the last few years coming through and it was always no.

“I’ve always liked to sing songs on the karaoke and that so when this was put to me I was like, 'Yeah go on.'

“My agent, he was like ‘Are you serious?’ and I was like, 'Yeah come on it’ll be alright.'

“I thought that it might be fun and put me out of my comfort zone.”

The Masked Singer: Each star's identity is hidden by a huge costume (Image: ITV)

Teddy explained the lengths he had to go to in order to conceal his identity and the results seem pretty drastic.

Up to our Necks in hallucinatory improv mogaznewsen