After weeks of keeping her son a secret, Sheree (played by Suzette Llewellyn) finally revealed all to Patrick (Rudolp Walker) and even inviting Isaac (Stevie Basaula) to meet him at the Queen Vic. But in coming EastEnders episodes, viewers will see Sheree act shady once more when Patrick makes a surprise suggestion. 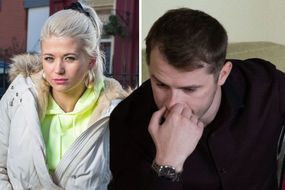 All Patrick wants to do is make Sheree happy after they had a rocky time over Christmas.

Now he knows about Isaac, he is keen to make sure they all feel like a family and move on from the drama of Sheree’s secret.

However, as he tries to impress Sheree, he actually ends up making her worried.

Sheree is less than impressed when Patrick suggests Isaac move into his home with them. 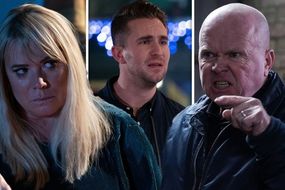 While Patrick is surely just looking out for Isaac and finding somewhere for him to settle part-time in Walford, Sheree is concerned.

How long will Isaac stay with the new couple and is there a reason she doesn’t want her husband and son to bond?

When fans learned of Isaac many suspected he could be Patrick’s secret son and Sheree doesn’t want her spouse to find out she’d been keeping it a secret.

If Isaac moved in with Patrick. he may clock on and realise he has more in common with Sheree’s son than he originally thought.

EastEnders spoilers: Patrick could learn why Sheree didn't want him to know about Isaac (Image: BBC)

Fans have still be speculating