Bradley Walsh and today’s Chaser, Mark Labbett, were joined by four new contestants on The Chase who all hoped to outsmart the Beast and take home their share of the jackpot prize. However, some viewers weren’t impressed with one contestant after he made a shocking confusion when Mark offered him a higher and lower offer in the usual fashion.

The Chase: Player Alex hits back at Bradley Walsh for rude comment 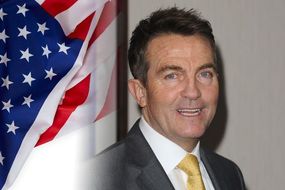 First up to face the Chaser was Lexi who earned an impressive £8,000 in her cats builder round and breezed her way into the final.

Next up was Pete who admitted he wasn’t happy after earning just £1,000 before taking on the Beast.

However, he proved the Chaser wrong and managed to secure his place in the final.

The Chase: One contestant's reason for refusing the higher offer didn't go down well with fans (Image: ITV)

The Chase: Mark was on top form today (Image: ITV) 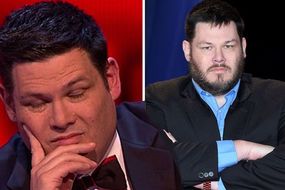 Then it was Helen’s turn to face Mark, who after a shaky start, added £5,000 to the jackpot prize fund.

Amit was last up and followed in the footsteps of Pete by answering one question correctly in his cash builder round.

But when Amit gave his explanation for sticking with his £1,000, many viewers weren’t impressed.