Princess Beatrice and Edoardo Mapelli Mozzi will marry on May 29 at the Chapel Royal, St James’s Palace. The couple, who announced their engagement in late September last year, will then move to Buckingham Palace to toast to their love with friends and members of their families. 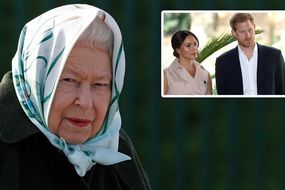 As announced in a statement earlier this month, the celebrations won’t be held within the walls of the palace but in its lavish garden.

Now, the Mail on Sunday has claimed Beatrice and Edoardo, also known as Edo by friends and family, will only be allowed to celebrate their nuptials in a “posh tent” placed in Buckingham Palace’s gardens.

The Sunday paper wrote yesterday the guests of Beatrice and Edo, won’t “be allowed” to enter the palace itself.

The newspaper also claimed the couple won’t be allowed to take the traditional official pictures within Buckingham Palace.

Princess Beatrice and Edoardo Mapelli Mozzi will marry on May 29 at the Chapel Roya (Image: GETTY)

It read: “But guests will not be allowed to enter the Palace itself.

“And the couple cannot even have official photos taken inside.”

Buckingham Palace told Express.co.uk it won't comment on details regarding the nuptials, adding further information regarding the wedding will be released in due course. 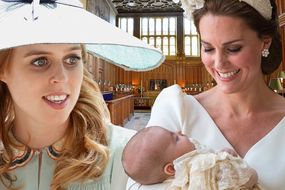 The touching wedding tribute Bea is making to Kate Middleton 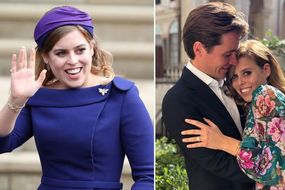 Princess Beatrice wedding: Britons urged to ‘get behind her’

The four official pictures of her wedding day shared by the Royal Family were taken in the White Drawing Room of the Queen’s castle.

Among the guests expected to attend Bea and Edo’s