The Batman will see Robert Pattinson take on the role as the world's best loved superhero - but who is playing Catwoman and what has she said about the role?

Catwoman has been seen in many forms over the various adaptations of the Batman comics. The first movie Catwoman was Lee Meriweather in the 1966 movie, before Michelle Pfeiffer played her in the Tim Burton smash hit Batman Returns. Since then it ha been Halle Berry and Anne Hathaway in the black spandex - but who is playing her now?

{%=o.title%}
Who is playing Catwoman in The Batman?

Zoe Kravitz, daughter of Lennie Kravitz and his ex-wife Lisa Bonet, will take on the role in one of her biggest screen appearances to date.

Kravitz came on the scene in No Reservations in 2007, before she head her big screen break out in X-Man: First Class as Angel Salvadore, AKA Tempest.

She also appeared in series Californication the same year, before she joined the Divergent Series in 2014 as Christina.

Who is playing Catwoman in new movie? (Image: DC/Getty)

In 2015 she played Toast the Knowing in Mad Max: Fury Road, and starred in the rest of the Divergent series until she took on the role as Leta Lestrange in Fantastic Beasts and Where to Find Them.

She continued the character in the 2018 movie, during which time she also played Bonnie Carlson in Big Little Lies, the hit TV series.

Kravitz has played Catwoman before, surprisingly, having voiced the character in The Lego Batman Movie in 2017, so she is not entirely a stranger to the Batman franchise.

However, she is taking this role very seriously, as she revealed in an interview with Variety. 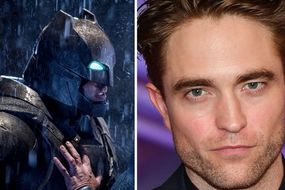 Batman cast: Who is in