GOGGLEBOX 2020 is back and fans of the reality TV series are excited for the show to start. The hilarious and addictive Channel 4 series follows families across the UK who share their opinions on the latest TV shows.

Gogglebox is one of the best-loved shows airing on Channel 4 and a new set of episodes is about to drop. Series 15 of the observational programme is set to air tonight (Friday, February 21) at 9pm. Here is everything you need to know about the families taking part.

The two sisters from Leeds have viewers in stitches with their banter and their love of food.

In the previous series Izzi, who is younger than her sister, was due to give birth and was proud of her beautiful bump.

The girls first joined the show back in 2015 and were at first dubious about whether viewers would be interested in them.

Little did they know they would become one of the most popular duos on the show, and always make audiences laugh. 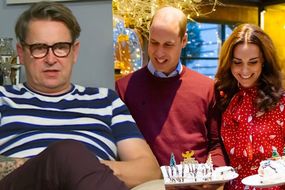 This fabulous pair have their awkward moments but they never fail to entertain with their old married couple rows.

Fans have been won over by the couple with their nickname “nutty” and their quirky style.

They live in a beautiful house in Wiltshire and viewers are always jealous of their picturesque home and gardens.

Giles is renowned for making inappropriate comments and embarrassing his wife, who is a journalist. In a column for The Spectator she said the public’s reaction to their appearance has been “utterly benign” and she is often told how her husband makes people laugh.

Gogglebox: Jenny and Lee are in the new series (Image: Channel 4)

PREV Baker Finch's hope for all four of golf's majors to be held at end of 2020 mogaznewsen
NEXT 'Public health risk': How Tesla fought to keep its US plant open in a ... mogaznewsen

Quentin Tarantino hints he might be working on a Once Upon A Time In ...

us news 10-year holds below 0.6% as investors brace for more harrowing jobs data