Ralf, 40, was announced as the replacement for former Death in Paradise star Ardal O’Hanlon, 54, last year, cast as the new Detective Inspector, Neville Parker. The newcomer has only cracked a couple of cases during season nine of the BBC drama, but he has already gone down a hit. After almost a decade on the airwaves, viewers might be concerned about the future of the series and whether there is still more to come. Now, the leading actor has revealed whether the show could be cancelled. 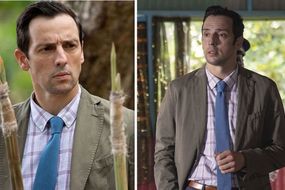 Death in Paradise: DI Neville Parker to exit after just one series?

Over the past nine years, viewers have watched multiple murders take place on the fictional Caribbean island of Saint Marie.

As well as heinous killer’s terrorising the locals, there have been several detectives on hand to try and work out who committed the crimes.

Amongst them have been DI’s Richard Poole (Ben Miller) and Humphrey Goodman (Kris Marshall) before Jack and Neville.

However, the latest sleuth could be the show’s last as actor Ralf has voiced concerns his character could lead to the end of the programme.

Death in Paradise: Neville Parker star Ralf Little has spoken out on the future of the series (Image: BBC) 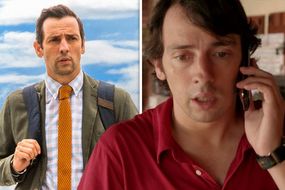 Neville arrived off the back of Jack’s exit to crack the seemingly impossible case and he thought it was only going to be a fleeting visit.

Believing he’d solved the mystery, he was told his boss in the UK wanted him to stay in Saint Marie until the killer had been found.

Eventually, the murderer was exposed by the detective but an unfortunate health concern meant he was unable to fly and had to remain on the Caribbean Island.

The sleuth will be given the go-ahead to fly home in tonight’s episode, but having spoken about preparing for production of season 10, it seems Ralf will be sticking around.

Death in Paradise: Richard Poole was the first detective to arrive in Saint Marie (Image: BBC)

Loss of smell and taste in some COVID-19 patients may be long term or ...

'It is time to make your way home': PM's message to international students